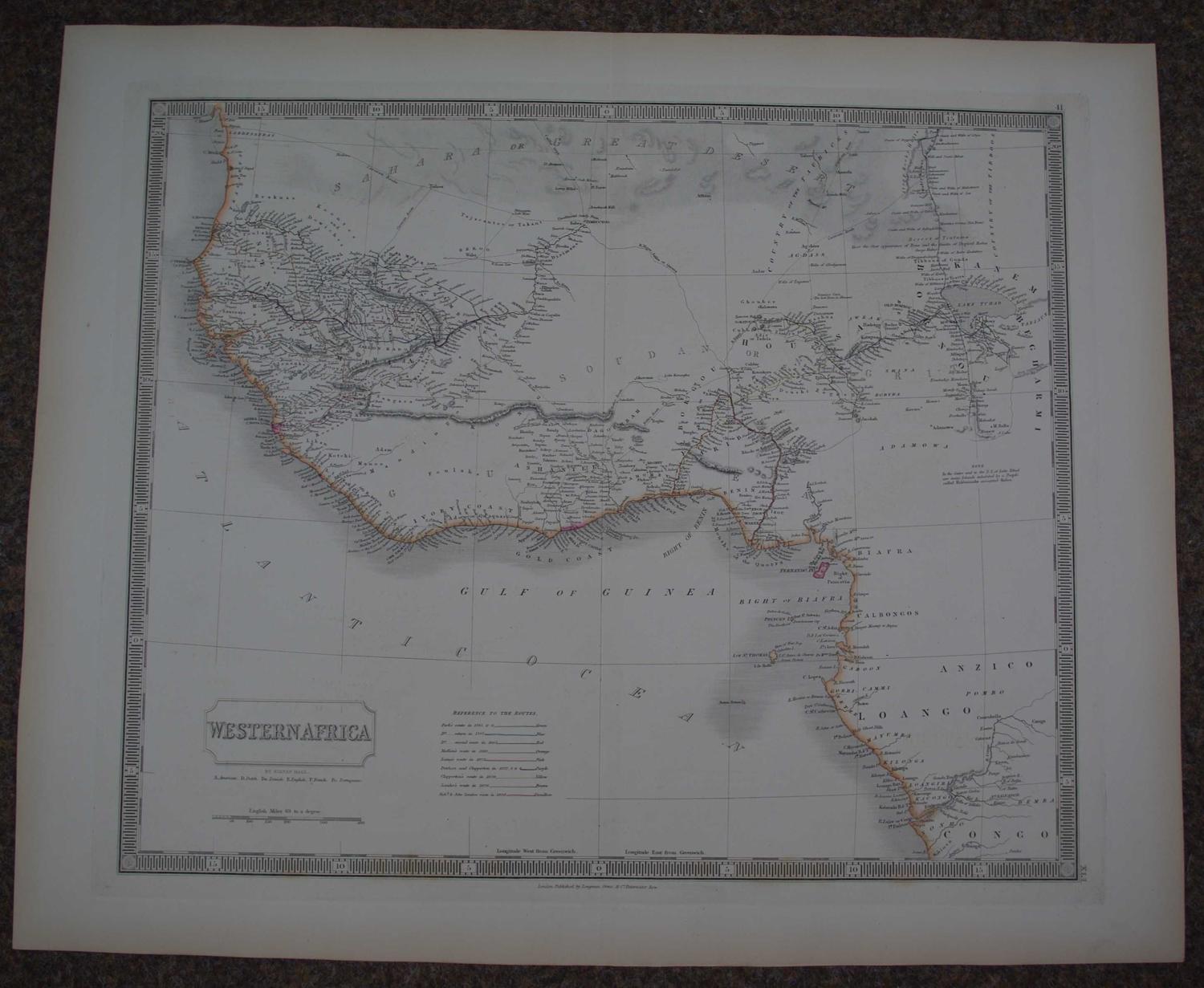 Steel engraving with original outline hand colouring. Overall sheet size: 60.8cms x 50.1cms; image size: 498mm x 423mm. The map covers the west coast of Africa from the Sahara, down through teh Ivory Coast, to the Congo. The dramatic and mythical Mountains of Kong, which, based upon the explorations of Mungo Park, were presumed to be the southern barrier to the Niger River valley are clearly delineated. The routes taken by Mungo Park, Mollien, Laing, Enham and Clapperton and Lander are colour coded in the reference key bottom middle. Below the title is a key denoting that A. on the map stands for America; D.Dutch;Da.Danish; F.French;Po.Portuguese. Note mid right: In the Centre right is a Note: 'In the Centre and to the N.E. of Lake Tchad are many Islands inhabited by a People called Biddoomahs accounted Kafirs'. Toning especially to margin edges, some faint offsetting around title else very good condition. Sidney Hall was an engraver, cartographer and copperplate printer. Worms and Baynton-Williams state in,'British Map Engravers' that Hall was almost certainly the first engraver to use the new harder steel plates for map work, using plates manufactured by the Jacob Perkins process as early as 1821. He died at the age of forty two and his widow Selina Hall, continued the business, her practice of signing her engravings simply as,'S.Hall' has caused much confusion among bibliographers. The business eventually passed to Sidney and Selina's nephew Edward Weller, who became a prolific map maker in his own right.