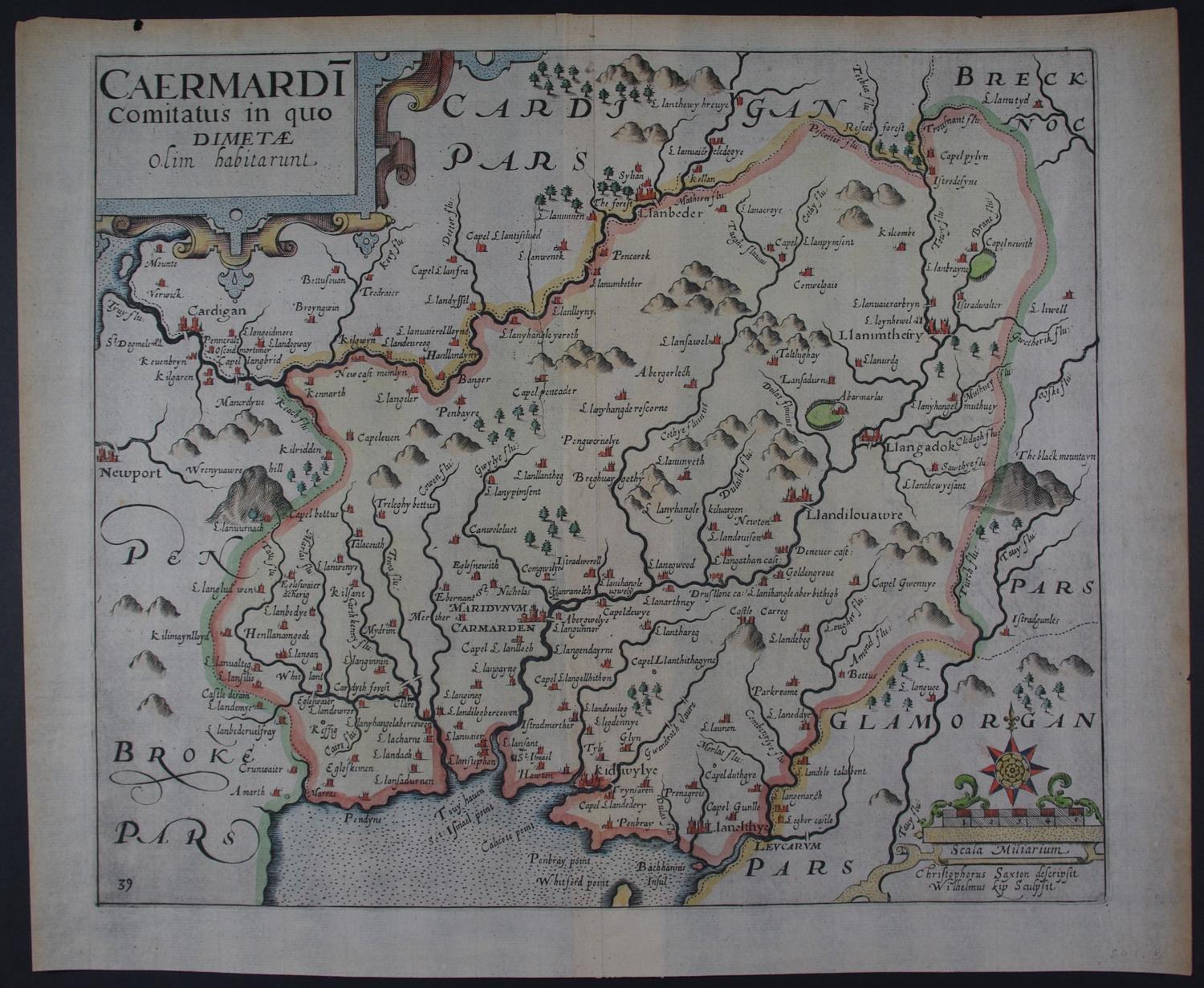 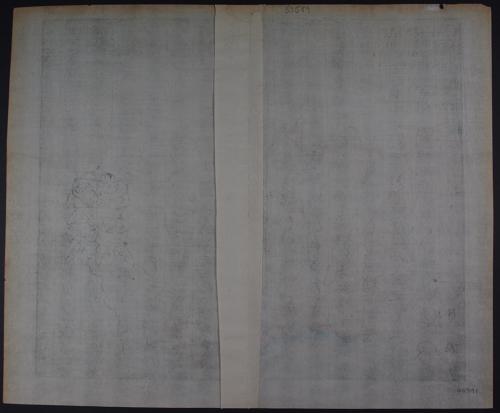 Long title:Caermardi comitatus in quo dimetae. (PLINIE was of opinion that the Silures inhabited also the other part beside of this country, which, bearing out farther Westward, is called in English by some West-wales, and containeth Caermardenshire, Pembrockshire, and Cardiganshire. But Ptolomaee, who knew Britaine farre better, placed heere another people, whom he called Dimetae and Demetae. Gildas likewise and Ninneius have used the name of Demetia for this tract. Whereupon the Britans that inhabit it, changing M in to F according to the propriety of their tongue, commonly call it at this day Difed. If it would not be thought strained curiousity, I would derive tis denomination of the Demetae from Deheu Maeth , that is, A plaine champion toward the South , like as the Britans themselves have named all this South-wales Deheu-barth , that is, The Souith part . Yea and those verily who inhabited another chamption country in Britaine were called in old time Meatae. Neither, I assure you, is the site of this region disagreing from this signification. For when you are come hither once, by rason that the high hilles gently setle downward and grow still lower and lower, it spreadeth by little and little into a plaine and even champion country).

This series of maps were the first in which each county was delineated on a separate sheet.  They were prepared by William Kip and William Hole and were mainly based on those of Christopher Saxton and Norden. The first issue of these maps was in 1607 with Latin text on the back of the maps and as the paper on which they are printed is rather thin, the lettering sometimes shows through on to the front of the map.  In the subsequent two editions of 1610 and 1637 the maps had no text on the back and plate numbers were added to many maps for the 1637 edition.  The maps were not issued again.  The layout , calligraphy and general appearance of these maps are very similar to their Saxton counterparts.  They were the first to carry the new Arms of James 1st with the unicorn replacing the dragon as a supporter.