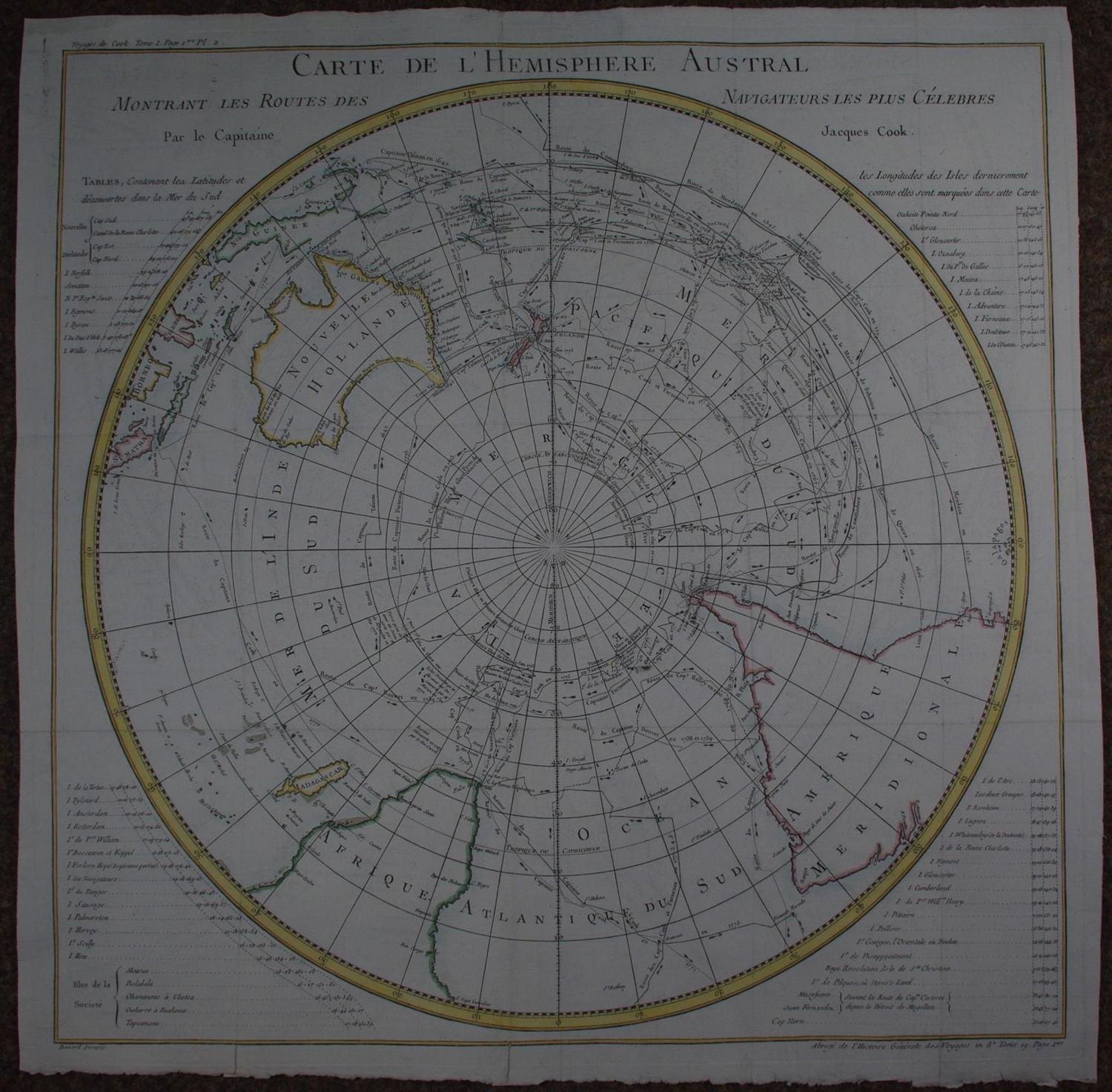 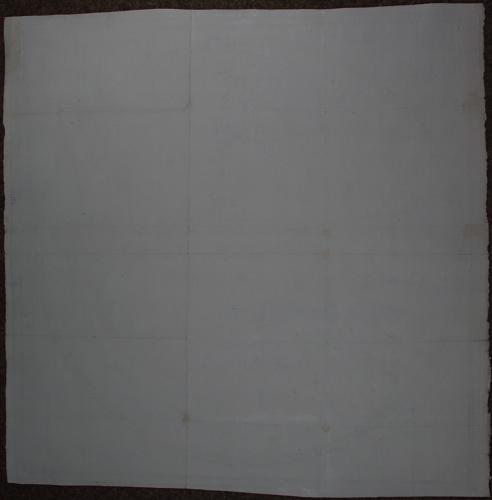 Copper engraving with subtle outline hand colouring.  Overall sheet size: 57.3cms x 57.2cms; image size: 536mm x 573mm.  It depicts the Sothern Hemisphere showing Australia, New Zealand and part of SE Asia, Africa and South America.  The map shows detailed routes of the various voyages in the Southern Hemisphere, including the voyages of Mendana (1595), Quiros (1606) Le Maire and Schoeten (1616) , tasman (1642), Halley (1700), Roggewein (1722), Bouvet (1738-39), Carteret (1767), Wallis (1767), Byron (1768), Bouganville (1768) Cook (1770-1775) and others.  On his First Voyage Cook mapped New Zealand and the east coast of Australia accurately for the first time; on his Second he circumnavigated the world as far south as possible, disproving the theory of a Great Southern Continent.  Four sets of tables of Latitudes and Discoveries fill the four corners covering approximately 60 islands, bays etc
Old folds as issued now only faintly visible from front.  On verso there are five tiny spot repairs at intersection of the folds and three edge repairs but a glorious map in very good condition nonetheless - see secondary image.

Jacques Nicolas Bellin was one of the key mapmakers of the eighteenth century.  In 1721 at the age of 18 he became hydrographer to the French Navy continuing to become the first Ingenieur de la Marine of the Depot des cartes et plans de la Marine(the French Hydrographic Office) and was named Official Hydrographer of the King of France.  Under his tenure, the Depot was the most active centre for the production of sea charts and and maps including the sea atlases the Atlas Maritime and the Hydrographie Francaise.  He contributed a number of maps to the 15 volume Histoire Generale des Voyage of Antoine Francois Prevost.  Bellin’s work ensured that France took a leading role in European cartography and geography.