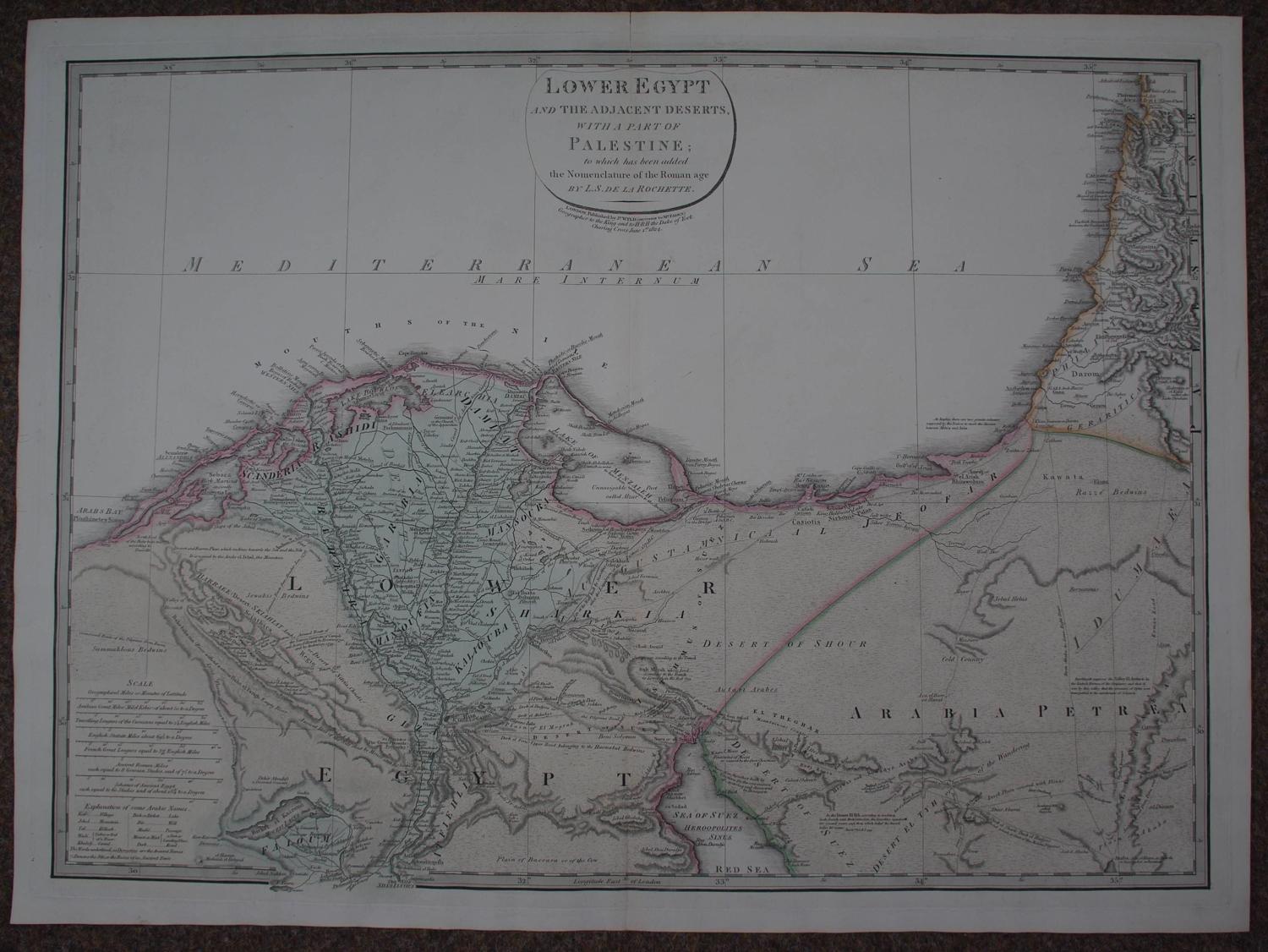 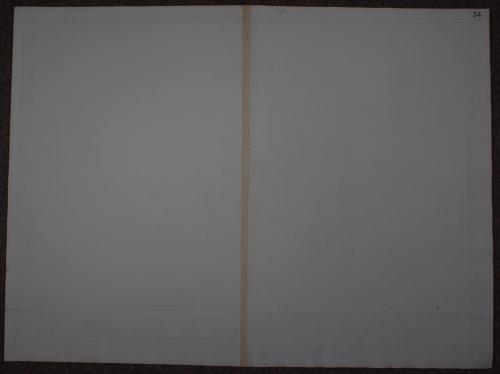 Long title: Lower Egypt and the adjacent Deserts with a part of Palestine to which has been added the Nomenclature of the Roman age Railways and Routes by L. S De la Rochette.   Steel engraving with original hand colouring.    Overall sheet size: 79.6cms x 58.9cms; image size: 750mm x 532mm. Short split at the top of centrefold (not near neatline) else very good condition.

Son of James Wyld senior (who was Geographer to the King and Duke of York). He built the Monster Globe in Leicester Square in 1851 and was recorded on the Census in that year as both MP and Geographer to the Queen.  He also became a Justice of the Peace and was much involved in the promotion of technical colleges.   He made many important military  and colonial maps and charts and died a wealthy man. See Worms and Baynton Williams: British Map Engravers.