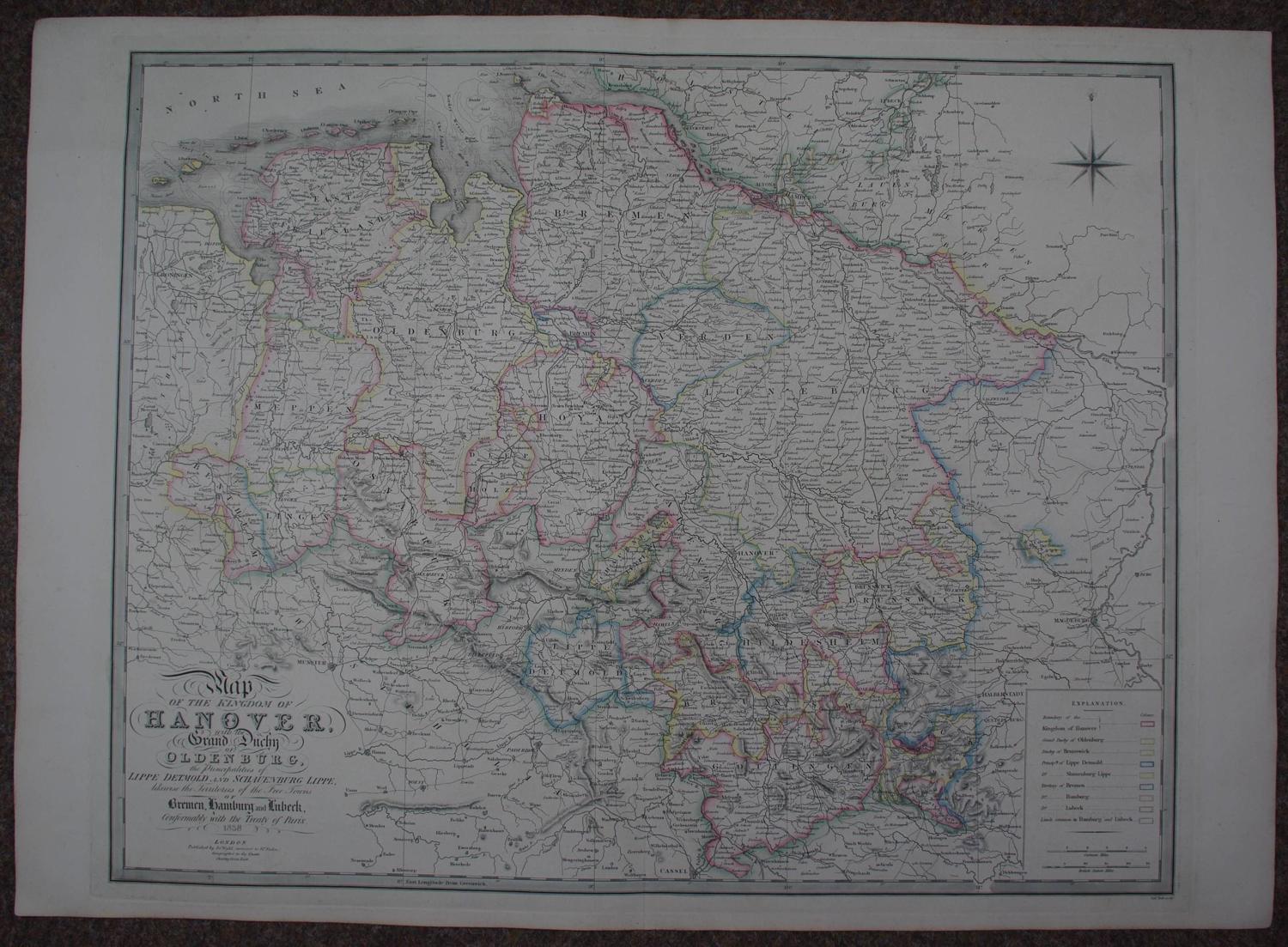 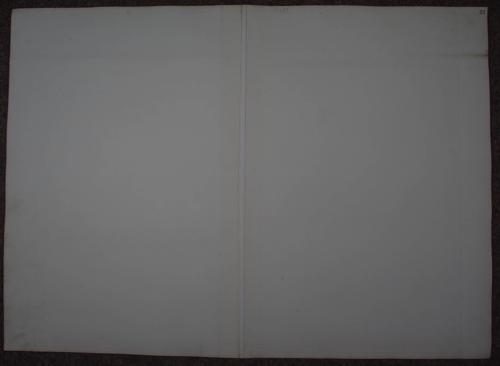 Long title: Map of the Kingdom of Hanover with the Grand Duchy of Oldenburg the principalities of Lippe Detmold and Schauenburg Lippe. likewise the Territories of the the Free Towns of Bremen, Hamburg and Lubeck conformably with the Treaty of Paris 1838. Engraved by Sidney Hall.  Engraving with original outline hand colour denoting the regions and colour coded key bottom right denoting the boundaries of the Kingdom of Hanover, Granch Duch of Oldenburg, Duchy of Brunswick etc Finely engraved and highly detailed map of Northern Germany in very good conditions