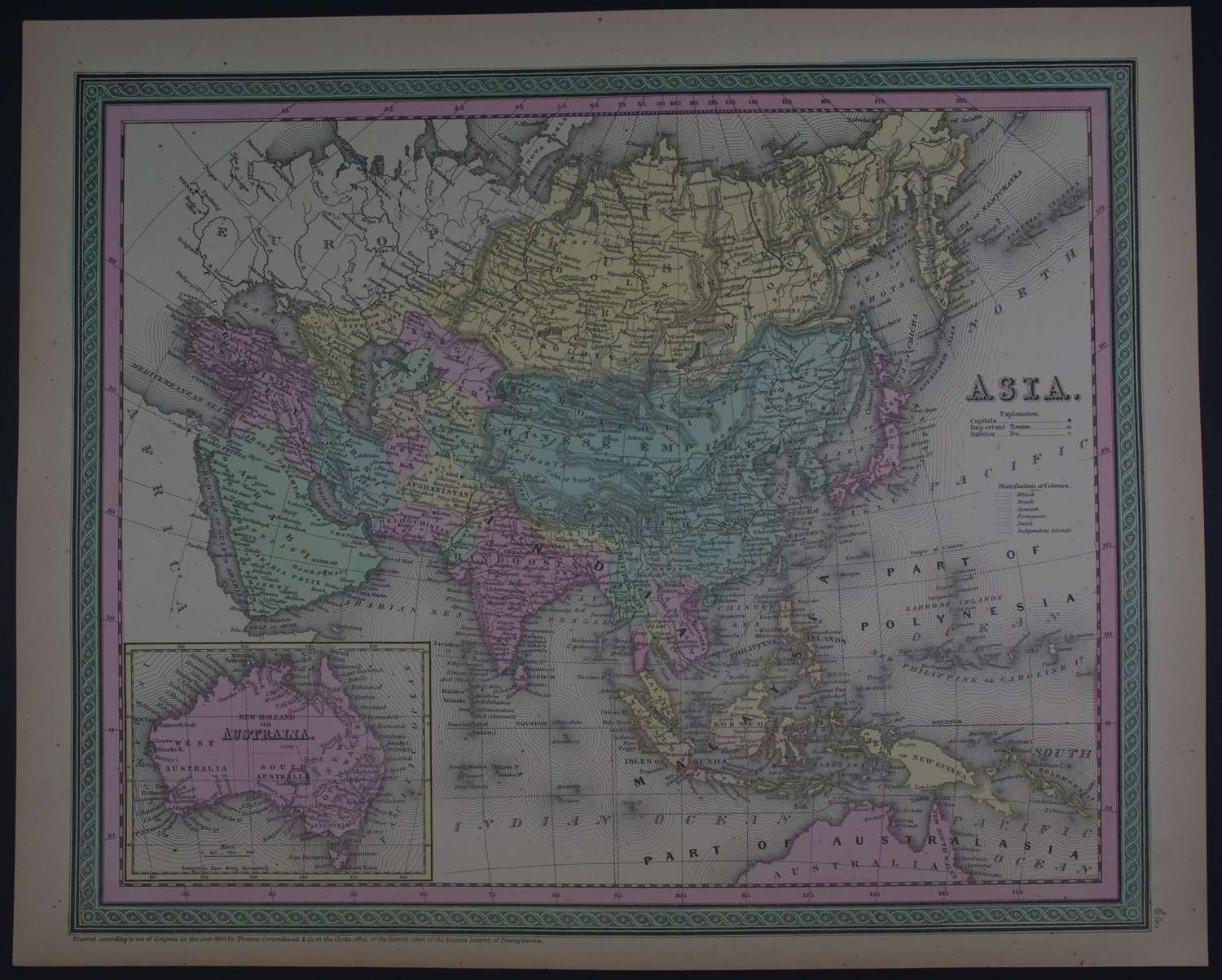 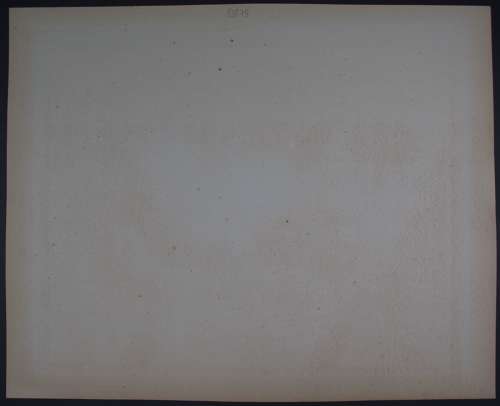 Published 1854 in Pennsylvania, dated 1850 .  Lithograph with original full wash hand colouring. Overall sheet size: 42.3cms x 34.2 cms; image size: 383mm x 313mm.  Brown speckling in Indian Ocean but very hard to see.  Inset of Australia The map covers in detail from arabia to Kamtchatka and from Russia to the north to Australia in the south.