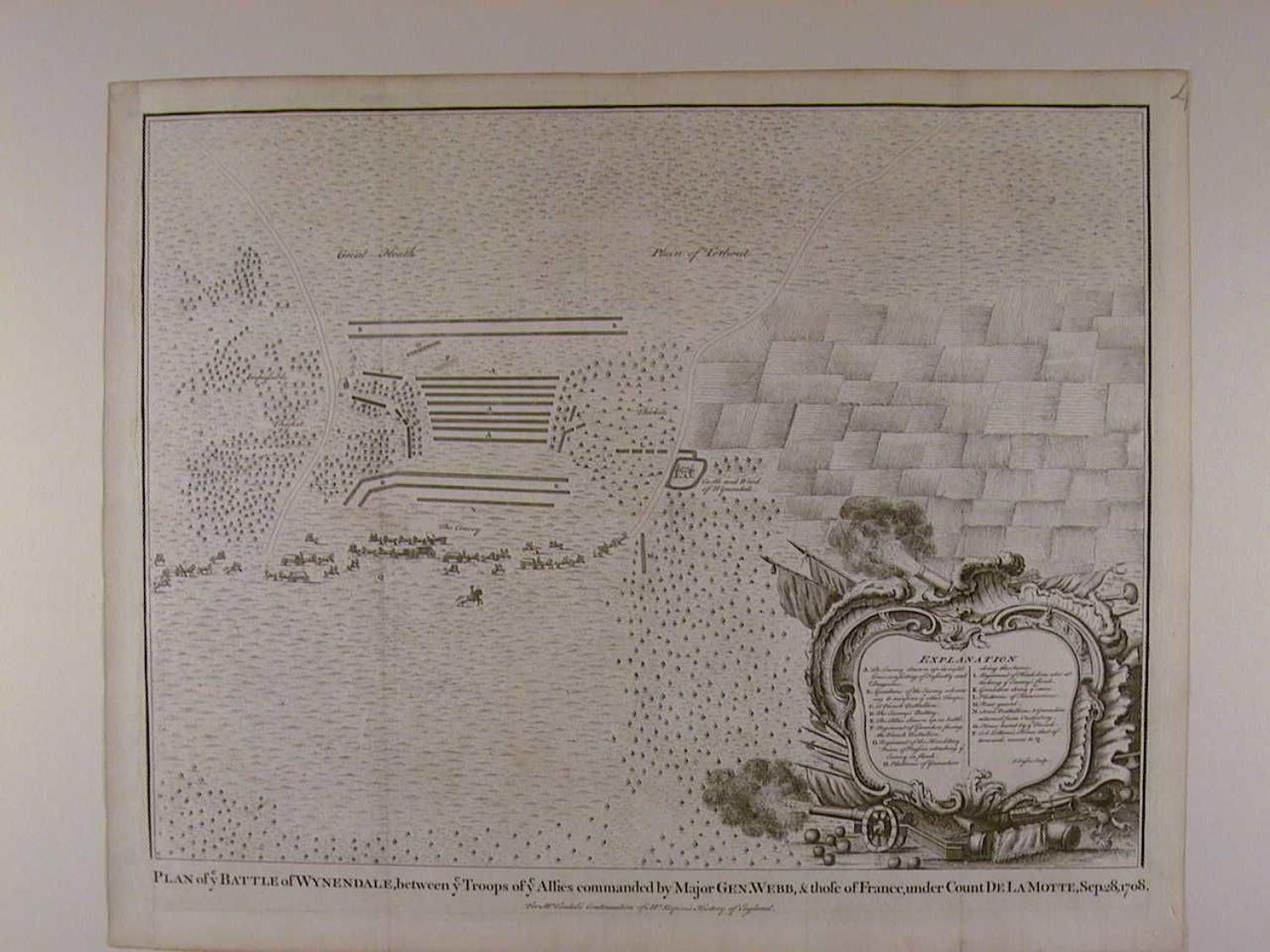 Plan of the Battle of Wynendale. by Isaac Basire

Full title:Plan of the Battle of Wynendale, between ye Troops of ye Allies commanded by Major Gen. Webb, & those of France, under Count de la Motte, Sep 28,1708 Copper engraving. Overall size: 50.8cms x 41.4cms. Image size: 464mm x 382mm including title. The whole laid on old paper some considerable time ago (presumably because the left hand margin is trimmed to 2mm beyond the neatline there ; faint folds -horizontal and vertical- as issued). A conventional battle plan with interesting wagon train vignette and explanatory key in a large ornamental cartouche. Battle between Allies under Maj Gen Webb with about 6,000 troops and the French under Count de la Motte with 11-12,000. Webb withstood the French attacks, which were repulsed with great loss, and by nightfall the French were in retreat after an Allied loss of only 138 killed and 800 wounded. Includes a large key with battle plans.