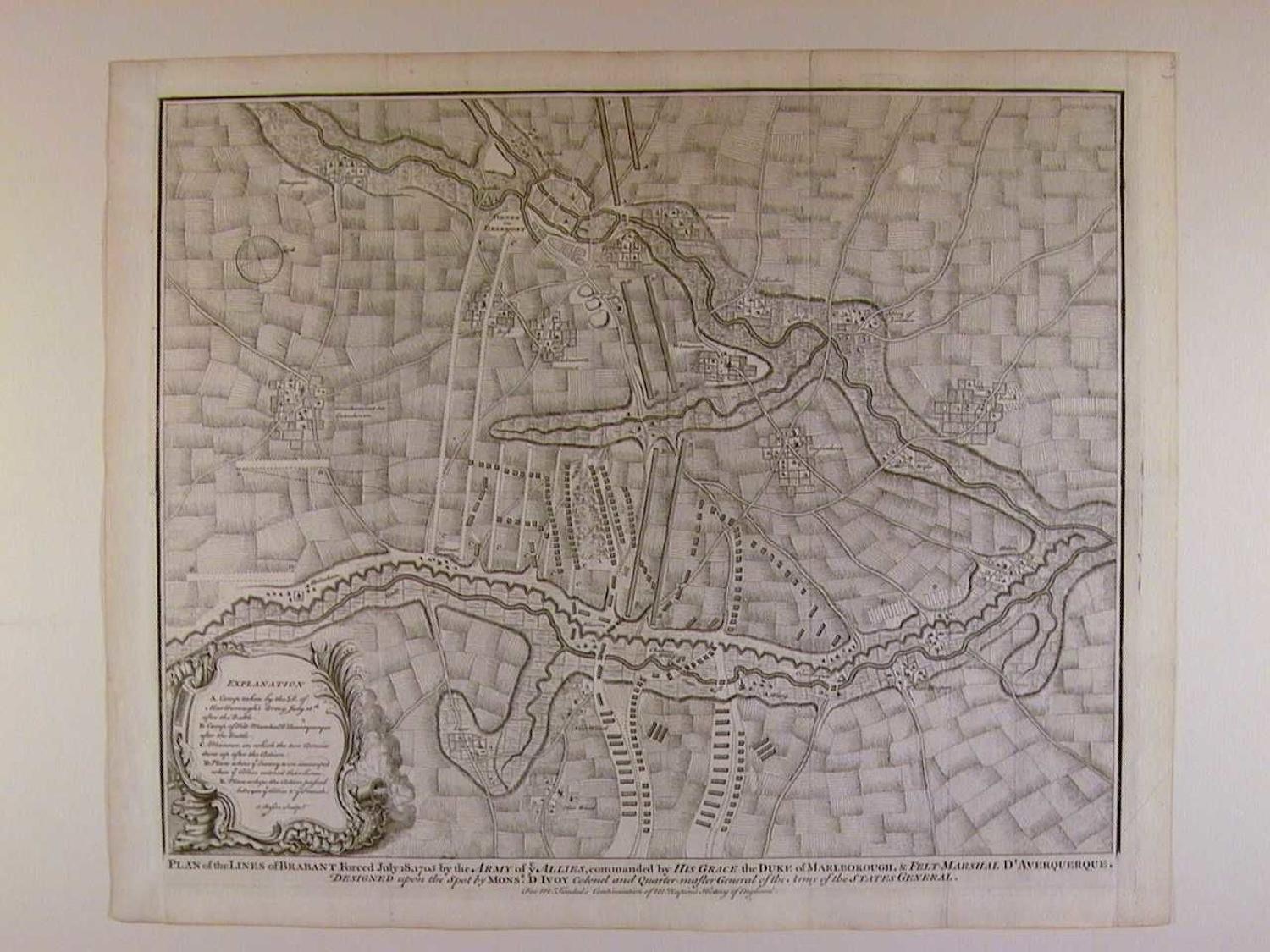 Plan of the Lines of Brabant Forced July 18, 1705 by the Army of the A by Isaac Basire

Copper engraving. Overall size: 41.8cms x 80.8cms. Image size: 372mm x 471mm including title. Highly decorative cartouche with exploding cannon and smoke on right side enclosing an Explanation Key which lists such places of note as A. Camp taken by the D. of Marlborough's Army July 18th after the Battle. The whole laid on old paper some considerable time ago (presumably because the left hand margin is trimmed to 3mm beyond the neatline there ; faint folds as issued).