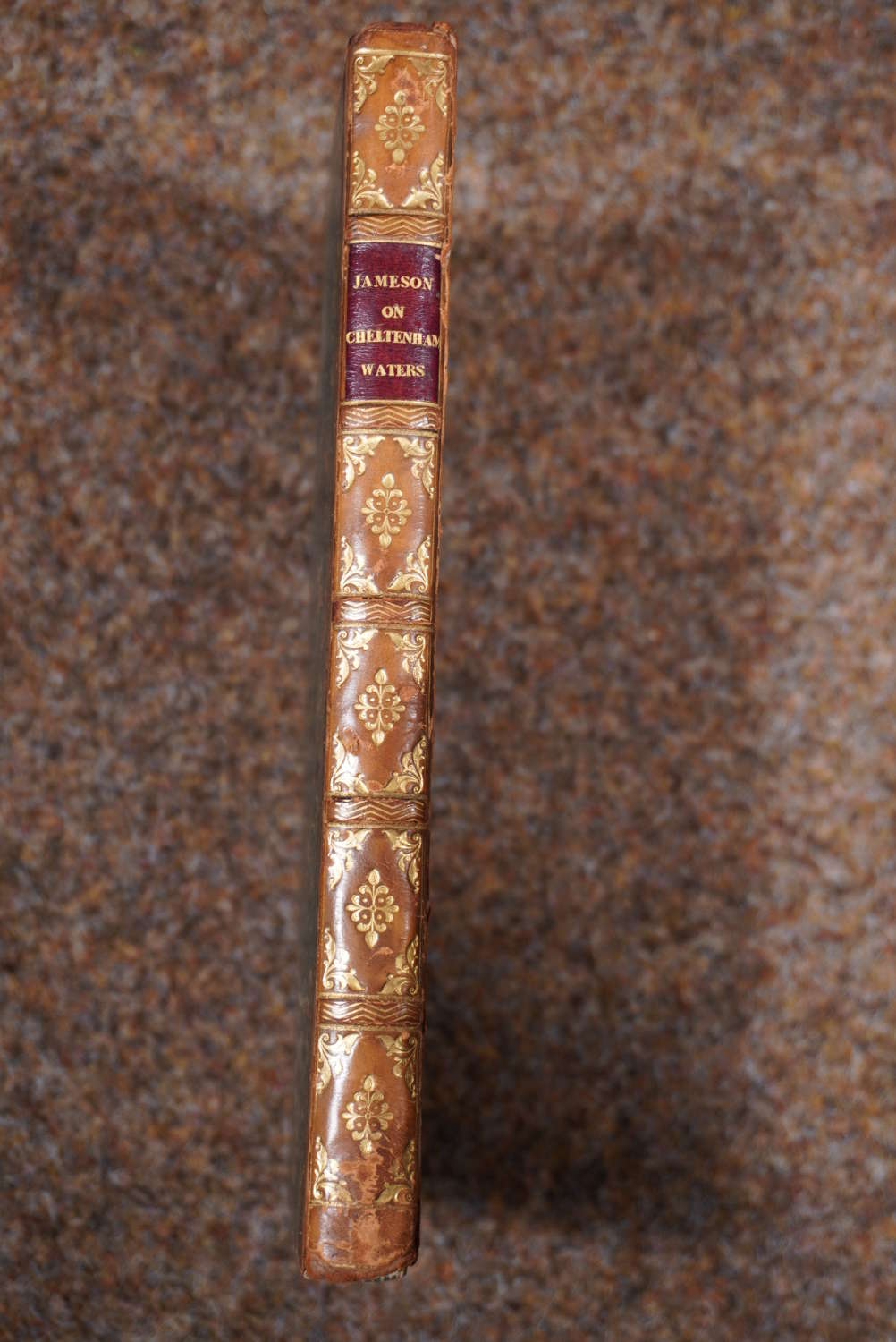 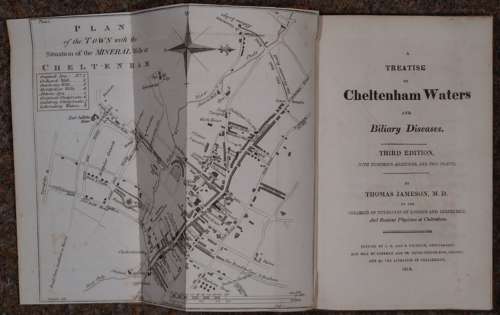 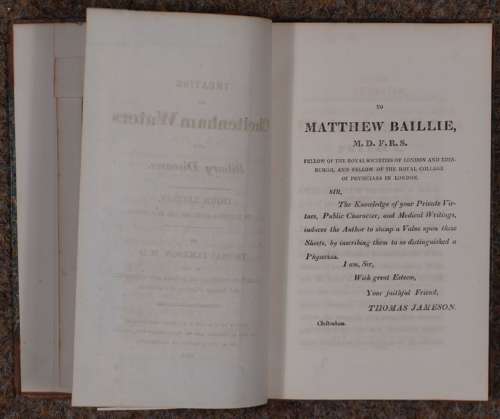 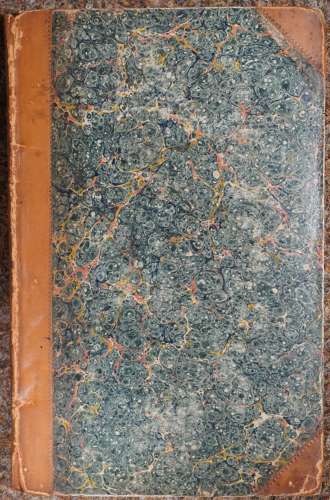 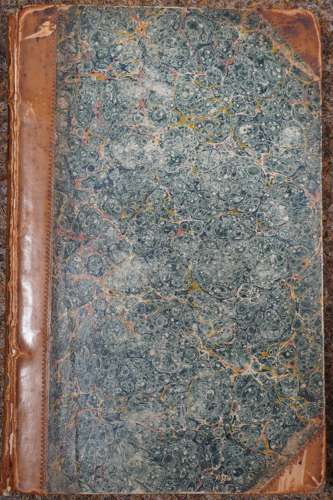 A Treatise on Cheltenham Waters and Biliary Diseases by Thomas Jameson

Third edition, with numerous additions and two plates. Cheltenham, printed by JK and S Griffith, 1814
During the 18th century Cheltenham became well known as a spa and  by the beginning of the nineteenth century the demand for the waters  outstripped the availability. As Jameson explains in the preface to this work, after settling in Cheltenham in 1802 he was instrumental in opening (and publicising) some of the new wells which brought  prosperity to Cheltenham in the early Nineteenth Century.

8vo. pp. xxxi, [i], 223,  plan of new baths and  engraved folding map engraved by John Roffe after Daniel Trinder upper joint cracked and loose but not quite detached. Engravers John and Richard Josephus Roffe were brothers, both of whom had been apprenticed to James Basire; the plan does not specify which Roffe was the engraver here, but Worldcat identifies John. First published in 1803, the plan appears to have been added for the second edition of 1809.