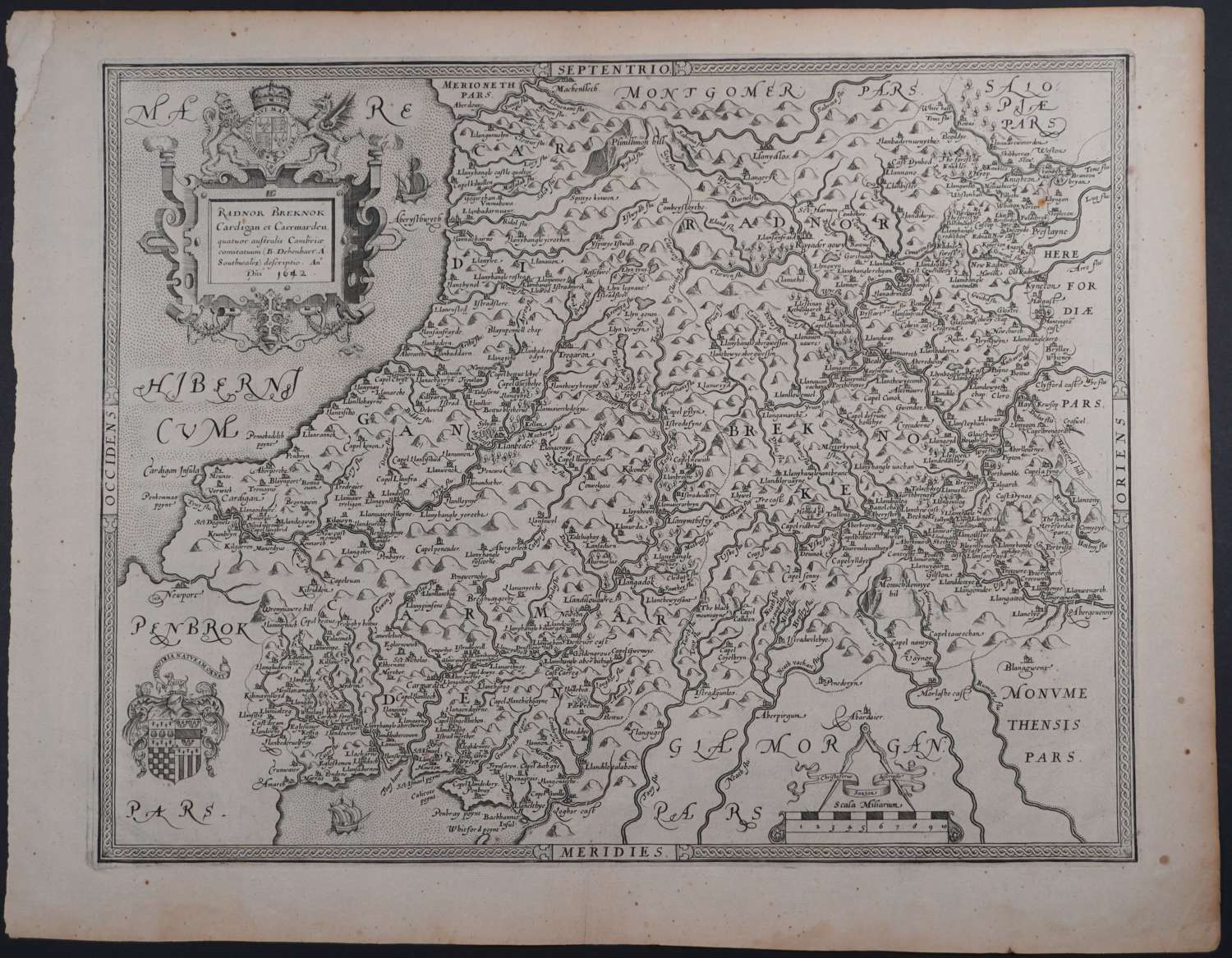 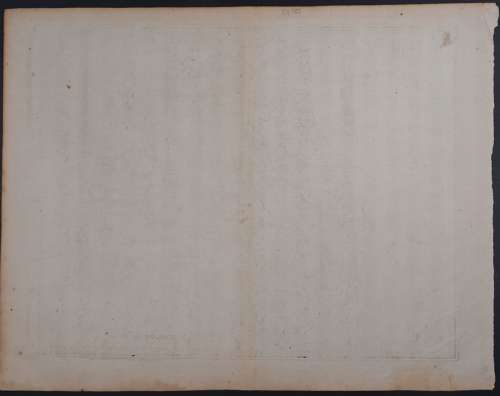 An example of William Web’s rare re-issue of the Saxton map of Radnor, Cardigan and Caermarthen, the first printed map of these counties first published in 1579.  Copper engraving uncoloured as issued.  Overall size: 54.7cms x 42.6cms.  Image size: 472mm x 428mm.  Centrefold as published.  Some browning to margins and three spots right margin; top left corner augmented with old paper; if held up to the light, one pinprick is visible at Conwelgiao; one brown spot at Llyngan otherwise very good condition indeed.  Kyneton (Kington)  is marked,  as are other towns  and villages in Herefordshire .The cartouche top left shows  the Royal Arms of the Lion and the Dragon rampant (the arms of Elizabeth I).    A very good , strong impression of a rare map in very good condition.

It was  printed using the original Christopher Saxton plate with some amendments (notably the date). Christopher Saxton,’the father of English Cartography’ published the first printed maps of England and Wales in 1579 (only three Welsh counties had a sheet to themselves, his was  the first national atlas to be  produced in any country. The project to be,’ primarily an instrument of national defense. This goal can be seen not only in the improved accuracy of coastal depiction but also in the indication of the whereabouts of bridges and parks, whose water, deer, and grass were essential for the sustenance of musters and their horses’ (Mapmaking in England 1470-1650 Peter Barber).   The map was originally published in ‘The Maps of the Shires of England’ , it is dated 1642 but was not published until 1645.  It is considered as rare as the first printing of 1579 and is sometimes referred to as the ‘Civil War issue’.  A very good , strong impression of a rare map in very good condition.
Skelton: 27
After Christopher Saxton’s death (1542–1610), the plates for his atlas of England and Wales were used to publish editions in 1645 (William Web), 1665 (unknown publisher), c1689, and c1693 (Philip Lea). On Philip Lea’s death in 1700, his widow, Anne, continued the business.

Skelton argues that William Web, a bookseller in Oxford, had the atlas printed in London, Oxford being the centre of the King's Court during the Civil War 1642-46, and that the republishing of the Saxton atlas with Charles I arms was a loyal gesture.  This seems to explain the reason why the atlas did not receive a wide circulation, perhaps copies of the printed sheets were lost en route to Oxford from London, certainly any copies after the surrender of Oxford in 1646 would have been difficult to sell, or indeed may have been seized, especially as most sheets were engraved with the Charles I's Arms.