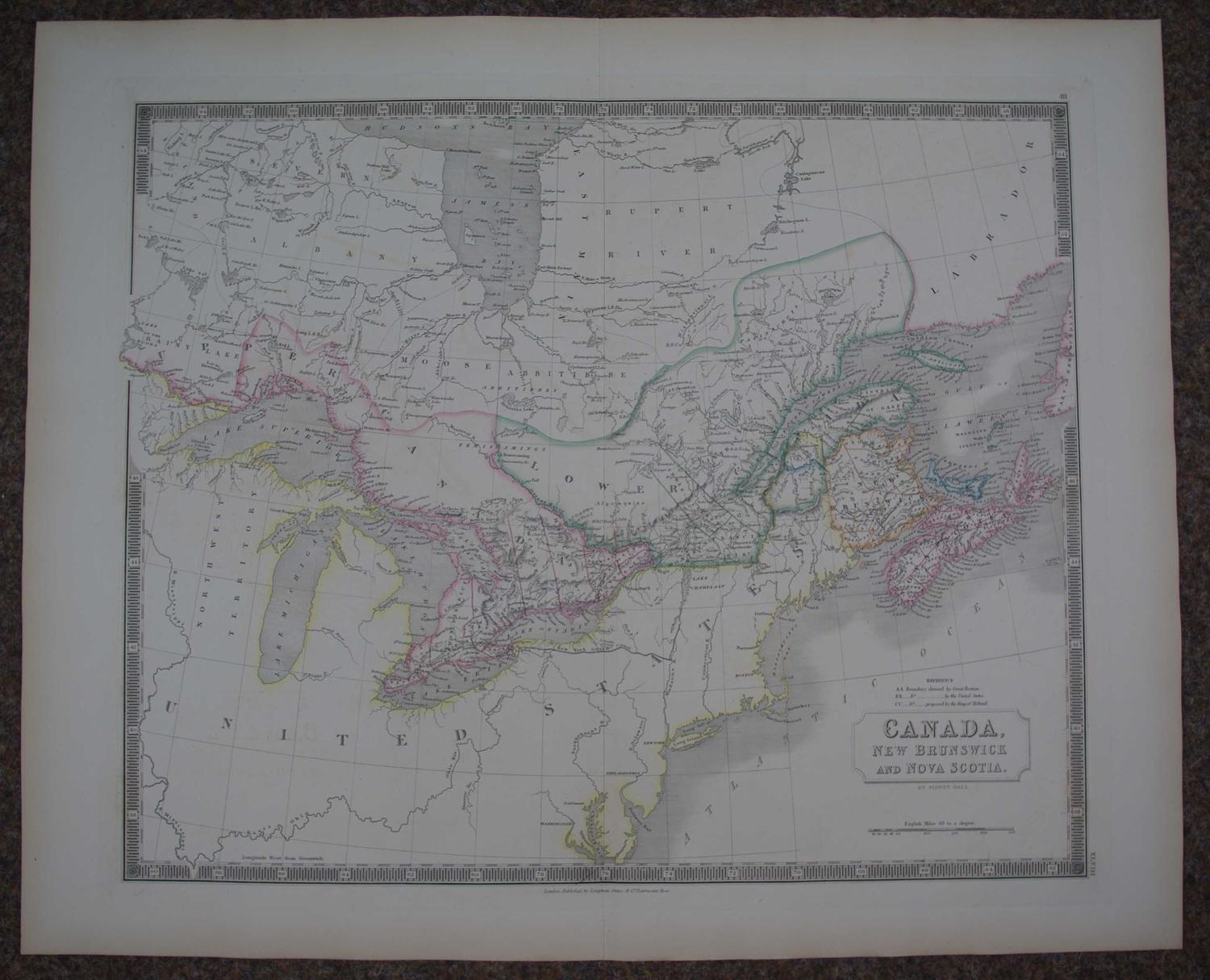 Steel engraving with original hand colouring. Overall sheet size: 61.3cms x 50.1cms ; image size: 505mm x 420mm. Reference key to Boundary claimed by Great Britiain (AA); Boundary claimed by the United States (BB) and that proposed by the King of Holland (CC). Attractove piano key border. Amongst the first works to use the steel engraving process. Detailed and finely engraved map showing all five of the Great Lakes. This map was printed three years after Canadian Rebellions of 1837 against the British Empire that would eventually lead to the United Province of Canada and the adoption of representative government by 1848. Faint brwon offsetting in top left area and little browning top right blank. Sidney Hall was an engraver, cartographer and copperplate printer. Worms and Baynton-Williams state in,'British Map Engravers' that Hall was almost certainly the first engraver to use the new harder steel plates for map work, using plates manufactured by the Jacob Perkins process as early as 1821. He died at the age of forty two and his widow Selina Hall, continued the business, her practice of signing her engravings simply as,'S.Hall' has caused much confusion among bibliographers.