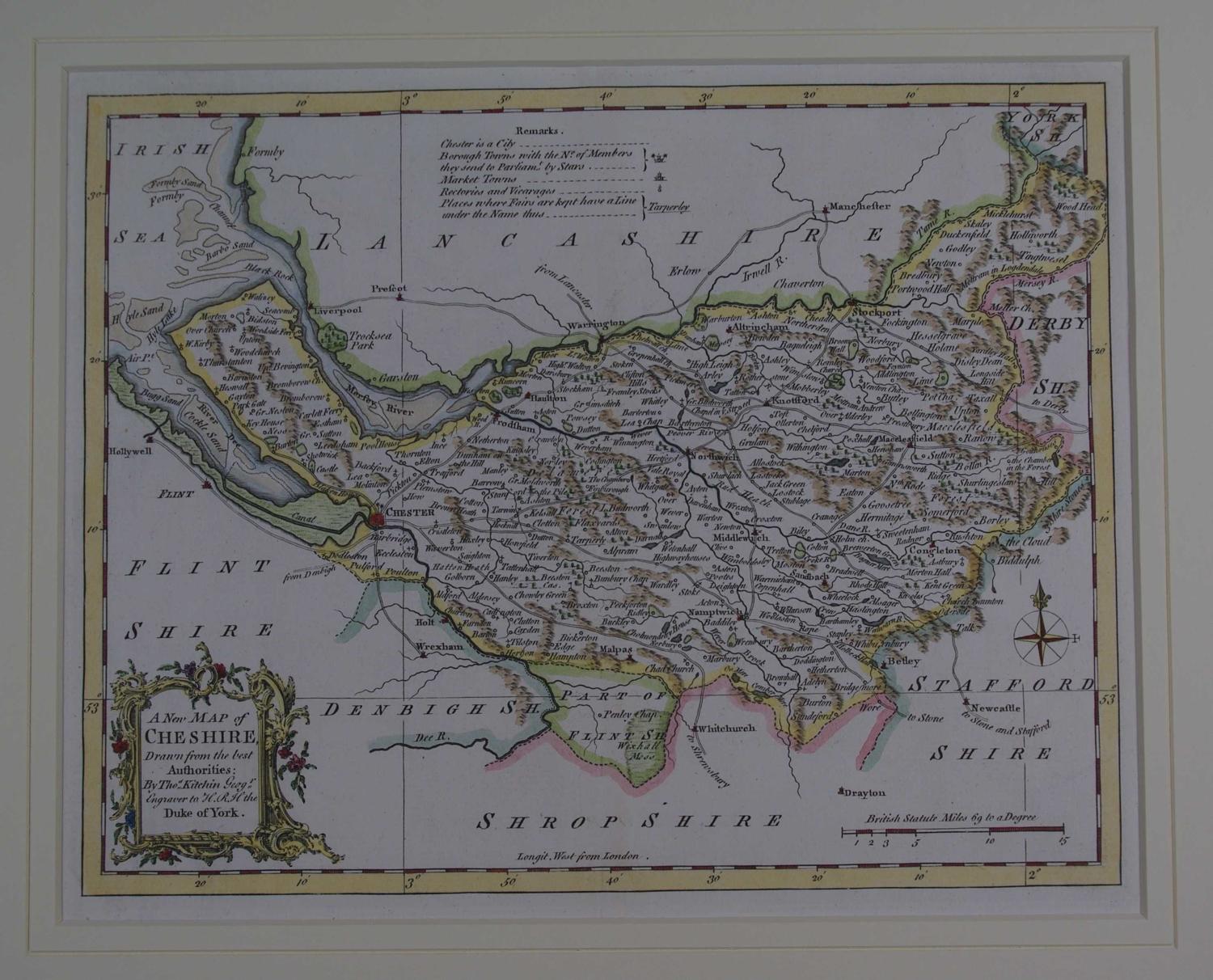 A New Map of Che Shire, Drawn from the best Authorities by Thomas Kitc

Copper engraving, later hand colouring. Overall size hinged into off white fully conservation grade mount and back with decorative v groove : 39.8cms.x 35.6cms. Image size : 253mm.x 195mm. Remarks key listing the symbols for Borough Towns, Market Town, Rectories and Vicarages, Places where Fairs are kept.. Centre fold as issued. Decorative title cartouche ; scale of distance bottom right. Very good condition. Thomas Kitchin, 1718-84. Kitchin worked as a publisher and engraver from premises at The Star in Holborn, London. He was an engraver of the highest ability and produced a broad range of books on a variety of subjects including topographical works. By himself Kitchen produced a large number of maps of every kind for periodicals such as the London Magazine and for books on history and antiquities. He is probably best known though, for his parnership with Emanuel Bowen with whom he published, in 1755, The Large English Atlas, which contained the finest county maps of the !8th.Century.