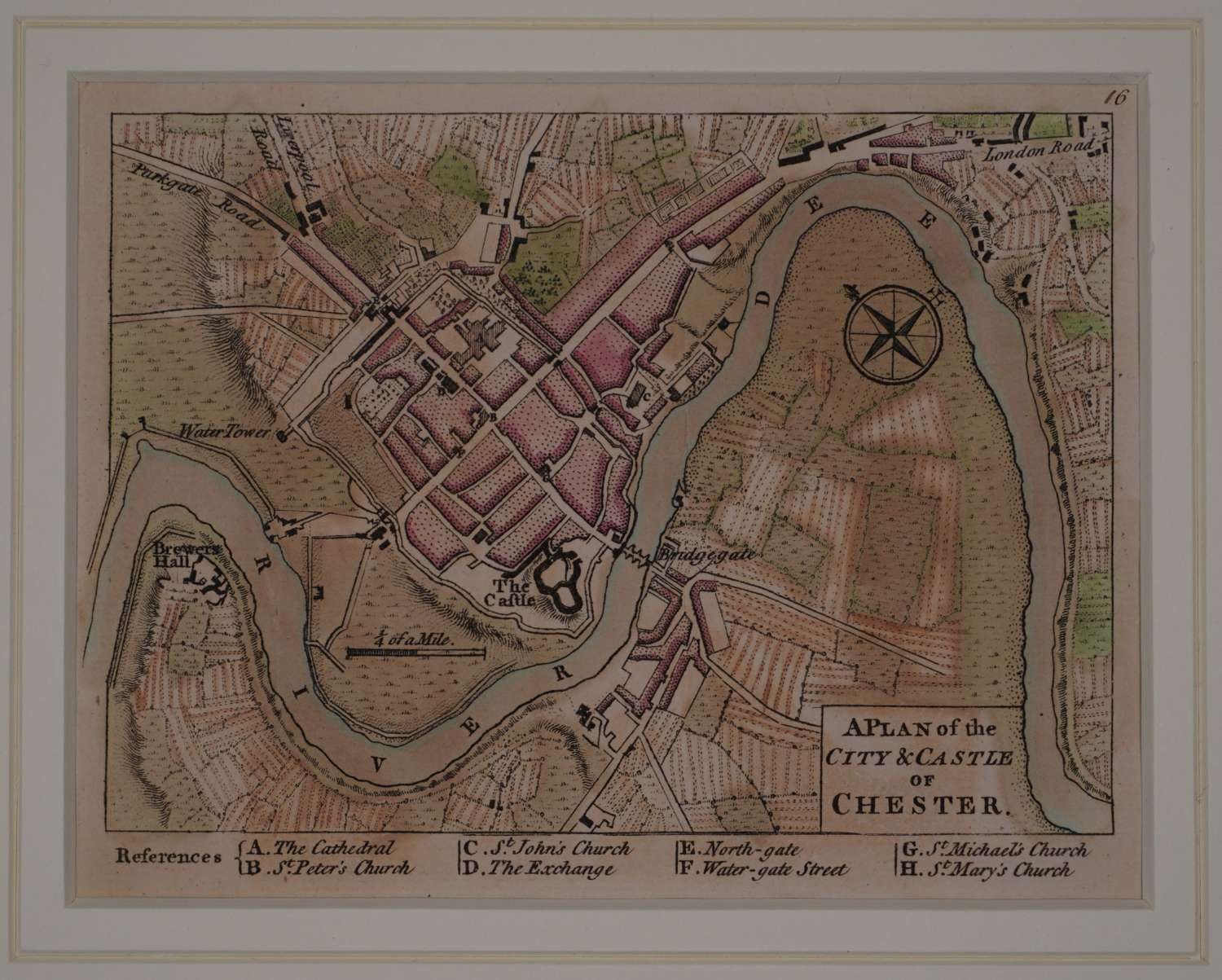 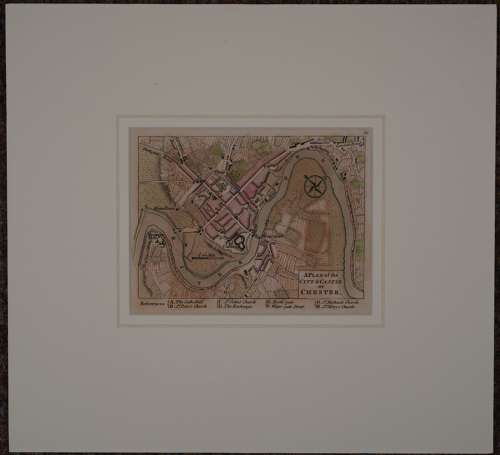 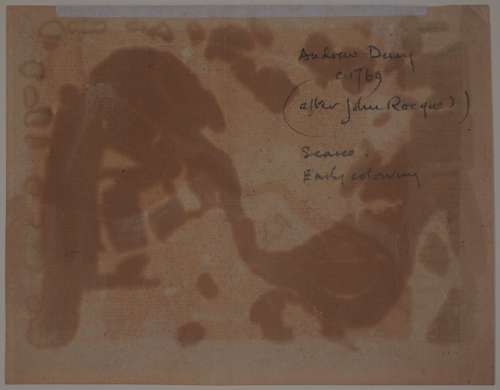 Copper engraving with early hand colouring.  A charming miniature, one of the few   18th Century plans of Chester.  It features an eight point key below the town plan of the most important buildings It was published in  Dury's rare pocket atlas, 'A Collection  of Plans of the Principal Cities of  Great Britain & Ireland, with Maps of the Coast of the Said Kingdoms,  Drawn from the most Accurate  Surveys, In Particular those taken by  the late Mr. J. Rocque, Topographer to His Majesty'.  This was designed as a  companion to Dury's 'Universal Pocket Atlas’.  Overall  size in off white conservation grade mount and back with decorative v groove : 282mm x 258mm; image size: 134mm x 103mm.  Very good condition.