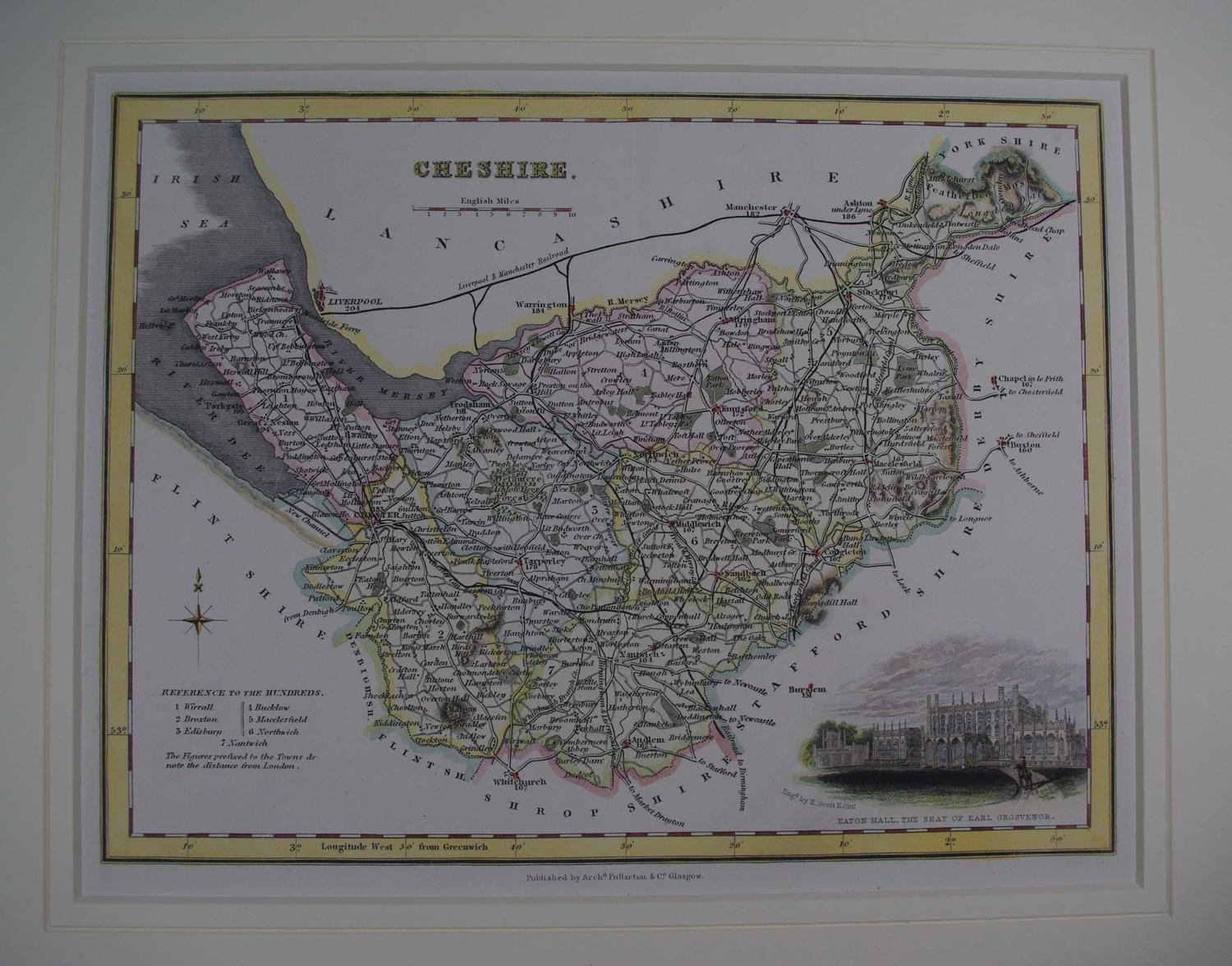 Steel engraving with later hand colouring. Vignette view of Eaton Hall. Overall size in off white fully conservation grade mount and back with decorative v groove: 39.2cms.x 34.8cms.Image size : 234mm.x 188mm including imprint. Figures next to the major towns denote distance from London. Reference key to the 10 Hundreds. Centrefold as published. Very good condition. Archibald Fullarton fl 1809-1840 in Glasgow and Edinburgh. He was a bookseller, publisher, stationer, printer and stereotyper. His firm was continued by his son and grandson and survived a suit for plagiarism brought by Samuel Lewis in 1839. See British Map Engravers Worms and Baynton-Williams p248.