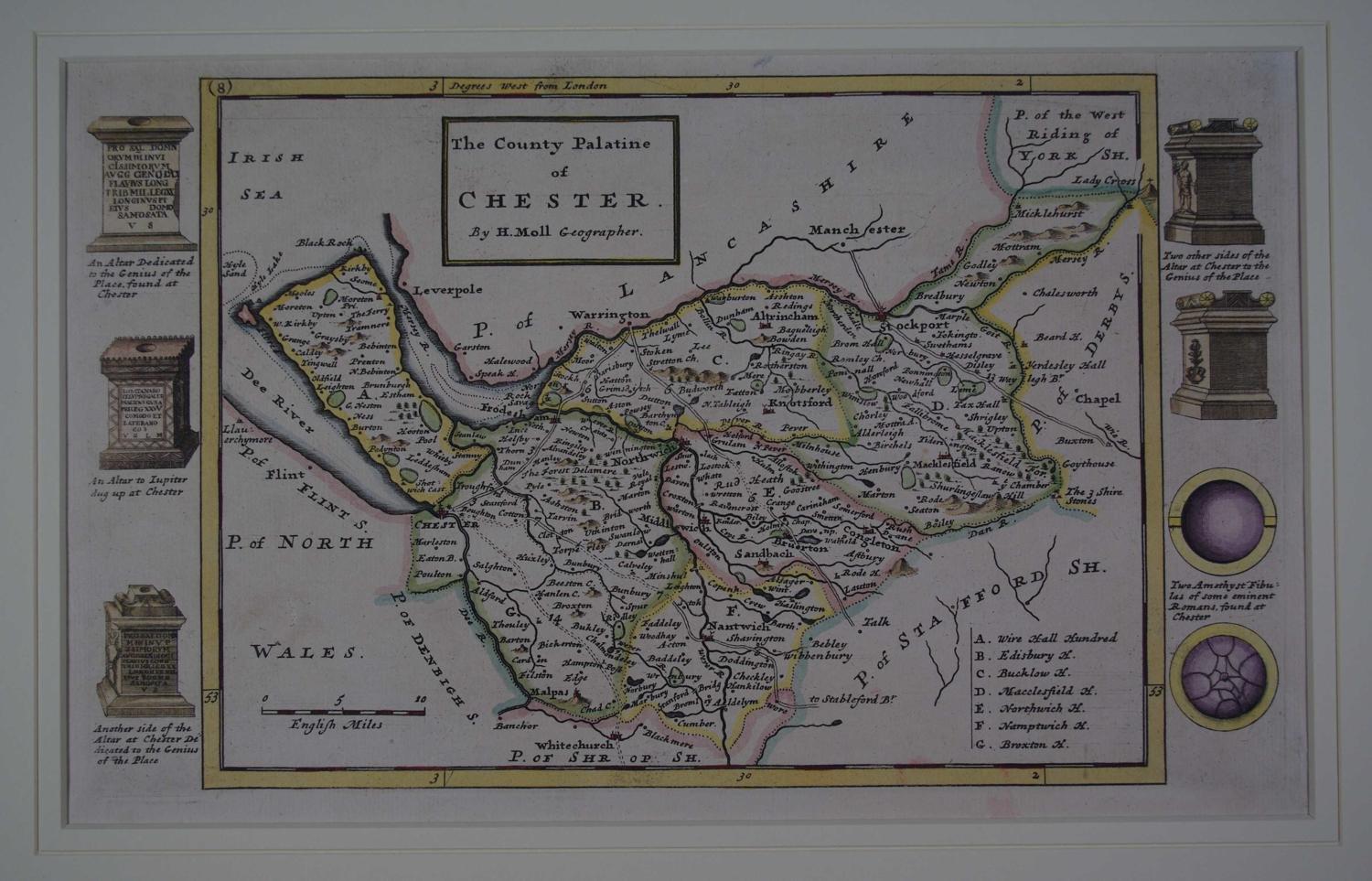 The County Palatine of Chester by Herman Moll

Publisher: Geography of England and Wales

Copper engraving ; original and later outline hand colouring. Overall size in off white fully conservation grade mount and backing with decorative v groove : 47.2cms x 35.5cms. Image size (including the decorative margin ) 318 mm x 192mm. Scale of miles; list of the seven Hundreds bottom right; decorative border of antiquities right and left. Map area very good apart from one faint browning above the word 'Wales' bottom left blank but under the mount there are repairs to the margins including re-instatement with old paper to three extreme margin tips. Dutchman, Herman Moll was a bookseller, geographer and engraver. Around 1678 he moved to London where for a while he continued as an engraver. Later, he started his own business as a map publisher and by the turn of the century had become the most prominent map publisher in the country. In 1724 he published his 'New Description of England and Wales' an atlas of the English and Welsh counties. The maps themselves are very attractive and clearly laid out and on either side of each map's border are illustrated relics and antiquities associated with the county.His work had a high reputation and was much copied by other publishers. Moll also had a gift for making interesting friends and these included Daniel Defoe, Jonathan Swift (he provided maps for Robinson Crusoe and Gulliver's Travels), explorer/buccaneers William Dampier and Woodes Rogers and the scientist Robert Hooke.