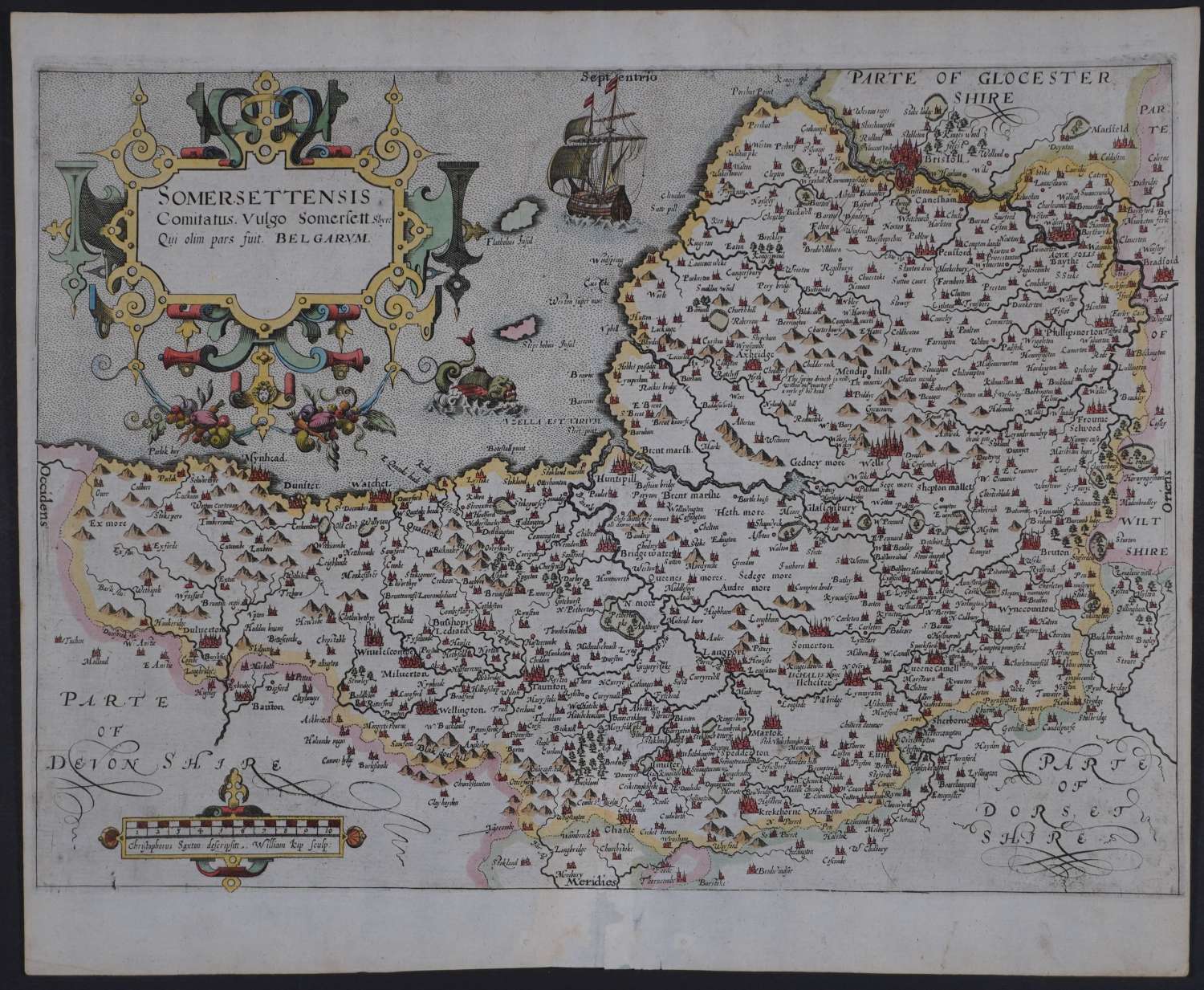 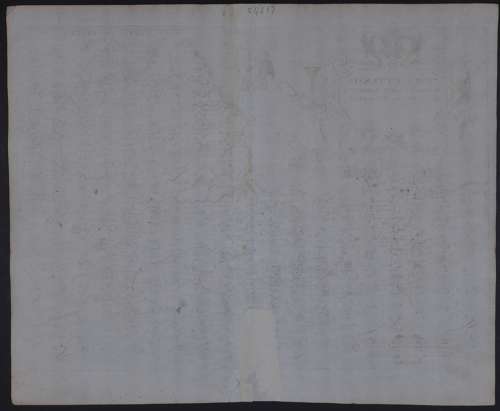 An early highly decorative map of Somerset engraved by William Kip based on the earlier maps by Elizabethan cartographer Christopher Saxton first published in the 1607 edition of William Camden's Britannia.This example is from this first English edition of Camden's Britannia published in 1607, with a blank verso. Embellished with decorative cartouche sea galleon, and sea monster. Britannia, first published in 1586, was one of the most popular and influential books of the period, it was the work of the Elizabethan antiquarian, William Camden (1551-1623), it was a detailed historical and topographical description of Great Britain. Its patriotic sentiments, in particular, both appealed to and generated the growing sense of nationalism that was coursing through late Tudor / early Stuart society. Between 1607 and 1637, county maps engraved by William Kip and William Hole, and based largely on Saxton's surveys, were added. (Skelton, 6).