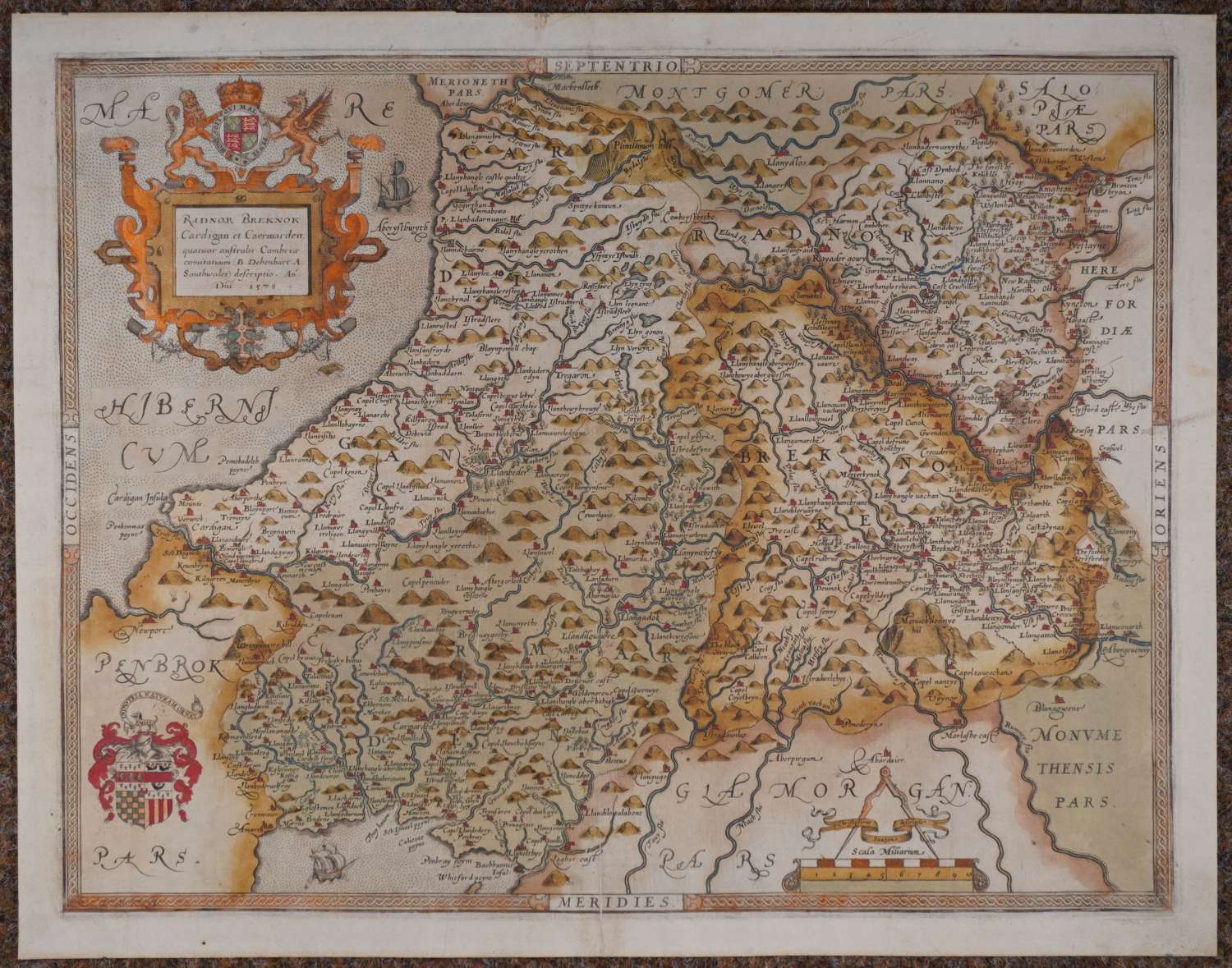 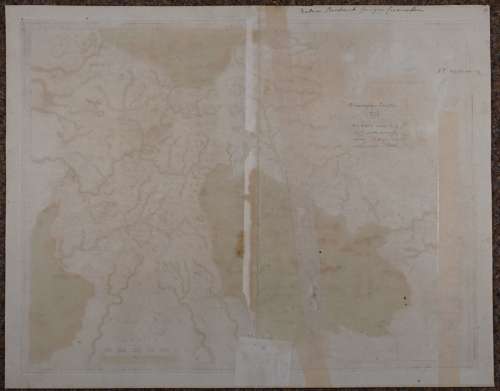 Long title: Radnor/Breknok/Cardigan et Caermarden quatuor australis Cambriae comitatuum (B. Dehenbart. A Southwales).  Copper engraving with original hand colouring.  Overall size: 51.5cms x 40.7cms.  Image size: 47mm x3mm   Old strengthening at bottom of centrefold and two old folds strengthened on verso with tape; one minute hole visible when held up to the light.  The first printed map of these four counties less than 50 years after Wales was officially incorporated into the Kingdom of Henry III by the 1536 Act of Union. The map has a large title cartouche top right featuring Elizabeth I's royal arms, a scale cartouche with Saxton's name bottom right, with the arms of Thomas Seckford, Elizabeth's Master of Requests, bottom left. The paper is watermarked with a bunch of grapes.  Saxton was  issued with a Royal Warrant obliging Welsh officials to provide him with Welsh-speaking guides.  This survey was the basis for county maps for the next couple of hundred years.

Christopher Saxton was born in Yorkshire in the early 1540s and during his early life gained an enthusiasm for and understanding of map-making under the direction of a local vicar John Rudd, himself a cartographer.

During the reign of Elizabeth I it was William Cecil later to become Lord Burghley, who saw the national importance of effective maps and with his enthusiasm and the patronage of Thomas Seckford an official in the Elizabethan court, Saxton was commissioned to survey the whole of England and Wales. A huge undertaking given the times and the means available to him. The survey began in the early 1570s and by 1574 the first plates had been engraved. By 1577 the whole of England was completed with the survey of Wales being completed the following year.

In the end the atlas comprised of a general map of England and Wales and 34 others of either individual or grouped counties. They were engraved by some of the best engravers of the time and when published they set a standard both in accuracy and decorative detail to the extent that they remained the basis for succeeding county maps for well over the following hundred years.