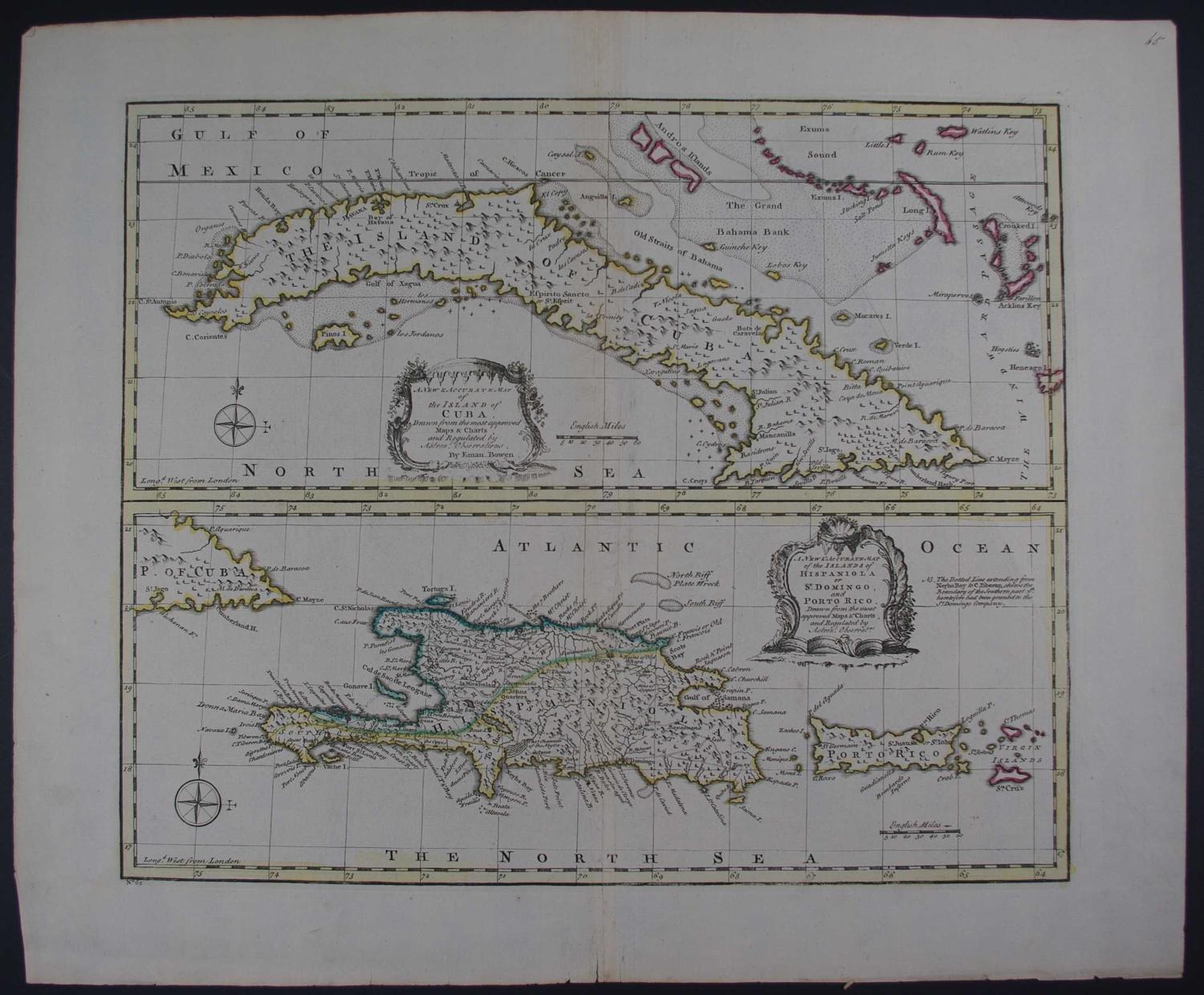 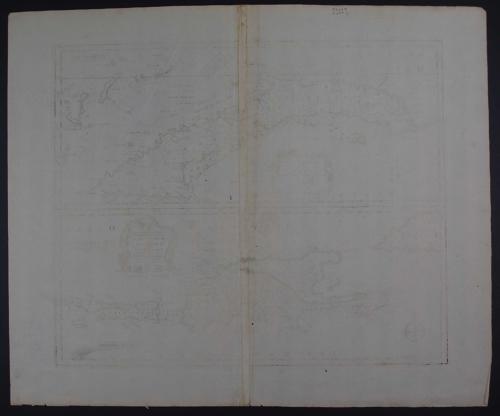 Full title:A New and Accurate Map of the island of Cuba/ A New & Accurate Map of the Islands of Hispaniola or St Domingo, and Porto Ric..o Uncommon thus.. Copper engraving with original outline hand colouring. Overall size: 51.8cms x 43.2cms; image size: 418mm x 347mm. Old ink number top right of sheet. Central crease as published but a little prominent; soft diagonal crease in right hand area but not very noticeable; one pinhole on holding up to the light below Hispaniola; three very short edge tears otherwise stunning map of highly desirable area. Emanuel Bowen (1714-1767) was mapmaker to King George II and Louis XV (France), and his most distinguished work is the System of Geography from which this map came. His output was prolific and he produced several English county atlases, in some of which he was assisted by his son Thomas. Despite this commercial success ill-health and impecuniosity dogged both father and son, the latter dying in Clerkenwell Workhouse.