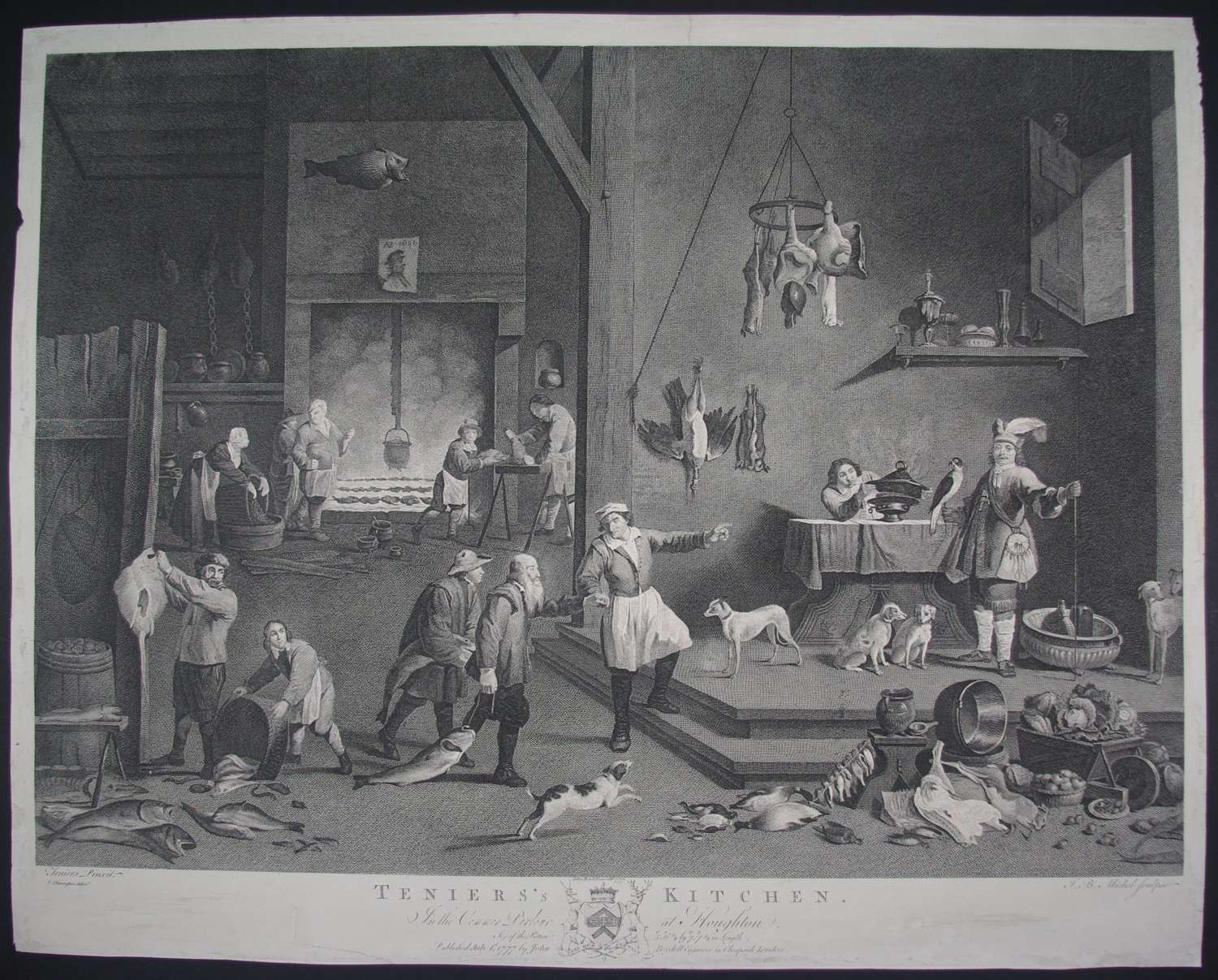 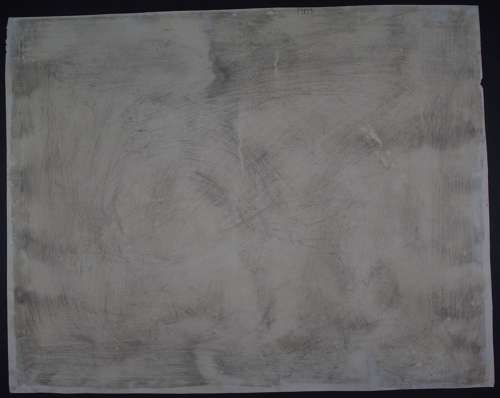 Long title: Teniers’s Kitchen In the Common Parlour at Houghton.   Copper engraving by J.B. Michel published by John Boydell.  Overall sheet size: 61cms x 48.4cms.  Image size: 584mm x 460mm.  Signs of scuffing on the back of the engraving as it has been removed from board; a repaired tear in bottom margin (virtually invisible from front) ; some edge repairs ;  the engraved area is in very good condition.

Born in Antwerp, David Teniers was the son of David Teniers I. He became a master of the Antwerp Guild of St Luke in 1632-3 after an apprenticeship to his father, with whom he also collaborated. In 1637 he married Anna, the daughter and heiress of Jan Breughel I. From the outset Teniers the younger was an extremely productive painter, thanks to his good relationship with Antwerp art dealers. During the 1630s he produced small-format religious scenes on commission for Chrysostoom van Immerseel, who supplied the Spanish market. However, it was Teniers's genre pieces that were greatly prized by the Antwerp dealers and made him famous. Teniers quickly became one of Antwerp's  most successful painters,  helped by acquiring such positions as the office of Master of the Chapel of the Holy Sacrament in the St Jacobskerk between 1637 and 1639, and Dean of the Guild of St Luke in 1645. He also received such prestigious commissions as the large group portrait of the Arquebusiers Company (1643). During this same Antwerp period he also executed commissions for Antonine Triest (1576-1657), Bishop of Bruges, one of the most prominent patrons of the arts in the southern Netherlands. By 1647 Teniers was working for Archduke Leopold William, Governor of the southern Netherlands from 1646, and in 1651 he became the Archduke's court painter. He consequently moved from Antwerp to the court at Brussels, and in 1656 he bought a building near the archducal palace and had it rebuilt as a spacious and handsome house-cum-studio.' (artnet,com) "Teniers's Kitchen" is a celebration of abundance, a happiness provoked by the instinctive anticipation of plenty of good food from sea, sky and land. Teniers is also pleased to demonstrate how many people are employed in this important work, and it is probably he who stands in a commanding posture, staff in one hand and falcon in the other surrounded by dogs on the dais to the right. The original painting was completed in 1646 and is in the Hermitage collection. The print was published and commissioned by John Boydell, the great London printmaker and seller. The painting was part of Sir Robert Walpole's collection and was soon thereafter sold to Catherine the Great (1779).