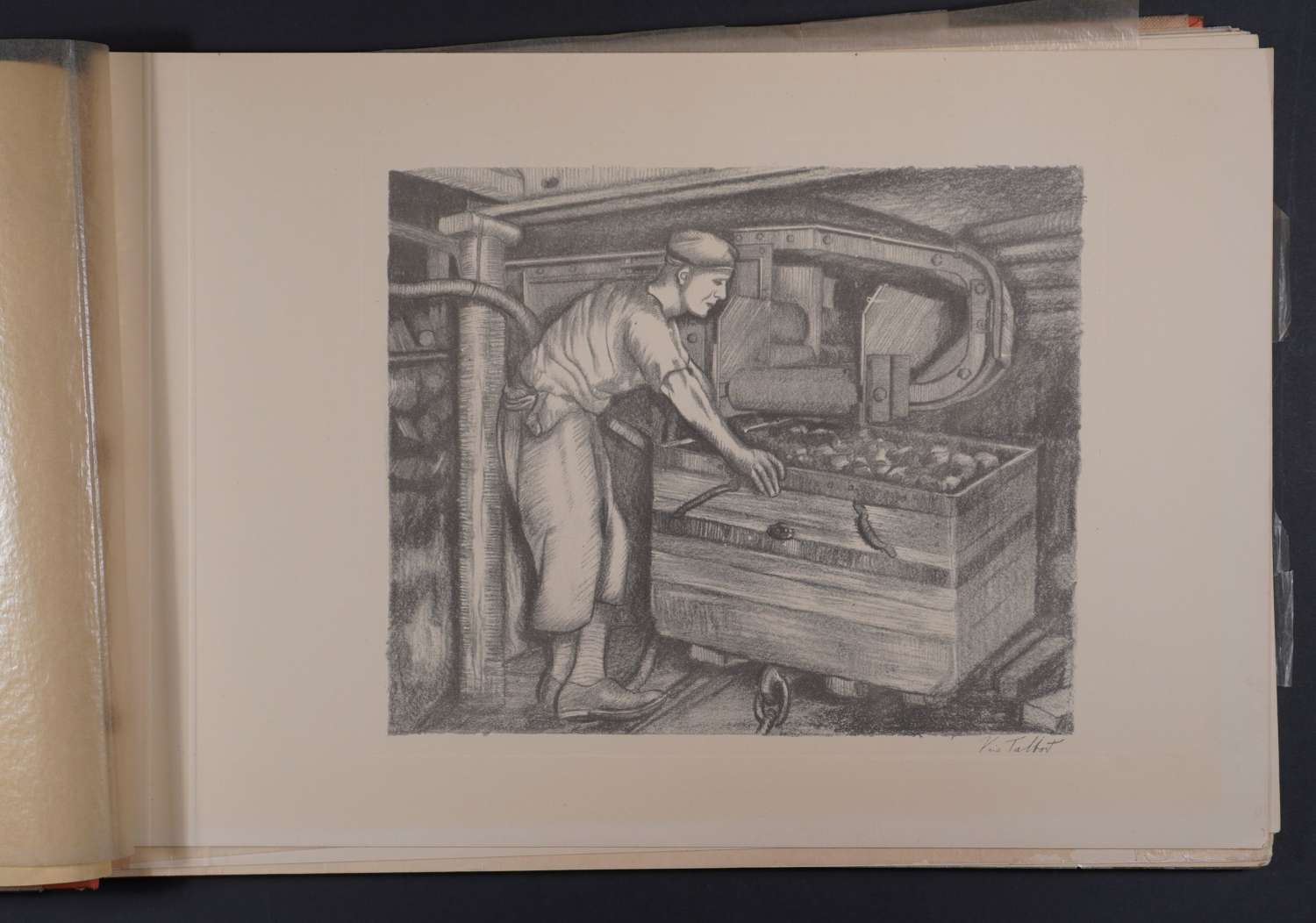 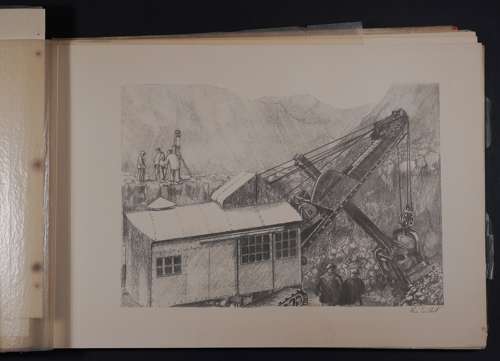 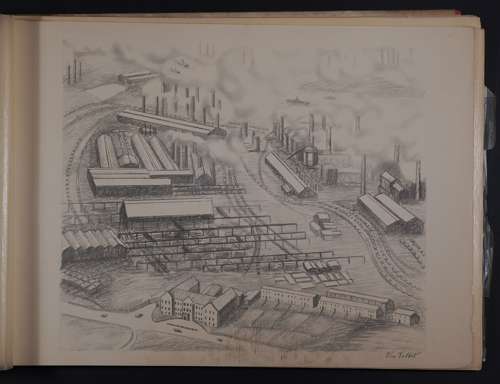 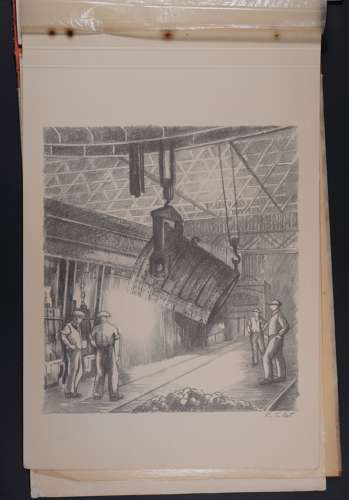 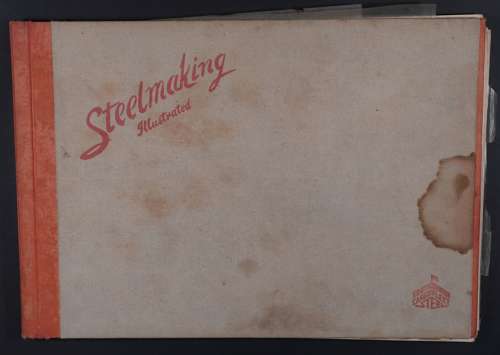 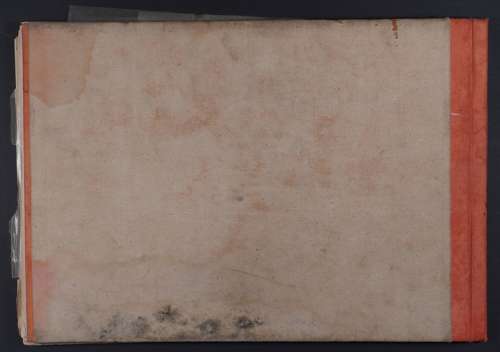 Published South Durham Cargo Fleet Steel. No date, oblong folio, sixteen lithograph plates  of pencil drawing by Viva Talbot, each with titled tissue guard. Cloth cover stained and marked.  Lithographs now loose in covers, some guards creased and frayed at edge , plates good.
Viva Talbot was  the daughter of Benjamin Talbot, managing director of both the Cargo Fleet Iron Company and the South Durham Steel and Iron Company. She made the prints in the 1930s as an untrained but  talented artist who had special access to her father's industry.Benjamin Talbot (1864-1947) was the inventor of the Talbot tilting furnace which transformed the open hearth method of producing steel. Benjamin Talbot, from Shropshire, came to Teesside at the beginning of the 20th century.     Having spent a decade working for iron companies in America, Talbot brought new ideas and inventions back to England.
He became involved with two companies in particular – Cargo Fleet Iron Company, Middlesbrough, and the South Durham Steel and Iron Company, Stockton, both of which are possible locations for the steelmaking images. Viva married Thomas Nussey in 1941 and within a few years she became Lady Nussey when Thomas inherited a baronetcy from his father. They moved to Rushwood Hall, near West Tanfield, Ripon, where they stayed for the rest of their lives.      During her lifetime, she created hundreds of woodblock prints.