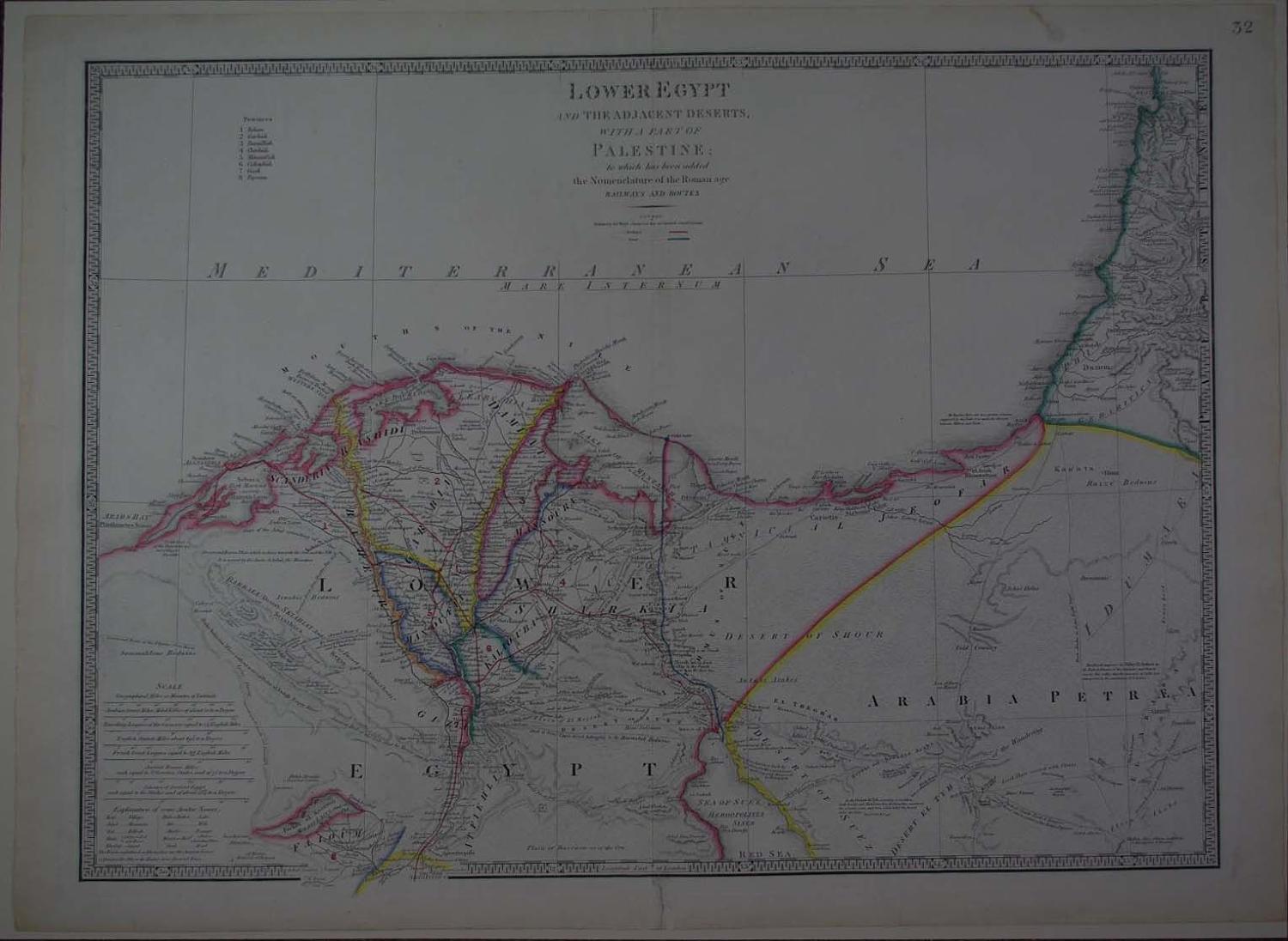 Long title: Lower Egypt and the adjacent Deserts with a part of Palestine to which has been added the Nomenclature of the Roman age Railways and Routes. Steel engraving with original hand colouring. Overall size: four nicks to top margin - repaired on verso.4cms strengthening on verso at foot of centrefold. Attractive piano key border. Overall sheet size: 84cms x 59.8cms; image size: 750mm x 532mm. Key to 8 provinces top left blank. Seven scales of distance with explanation of arabic names below; railways marked in red, canals marked in blue. Highly detailed e.g. Upper Road belonging to the Haouatat Bedwins; the Pilgrims Road and at Dar El Hamra, a Large Acadia Tree the only one in the Desert. Different Arabic tribes marked; Vestiges of an Aqueduct built by Venetians for the convenience of watering and discovered by Bonaparte; at Raphia there are two granite columns, supposed by the Natives to mark the division between Africa and Asia. Apart from the slight faults listed, very good clean condition of a large, very well coloured Son of James Wyld senior (who was Geographer to the King and Duke of York). He built the Monster Globe in Leicester Square in 1851 and was recorded on the Census in that year as both MP and Geographer to the Queen. He also became a Justice of the Peace and was much involved in the promotion of technical colleges. He made many important military and colonial maps and charts and died a wealthy man. See Worms and Baynton Williams: British Map Engravers.