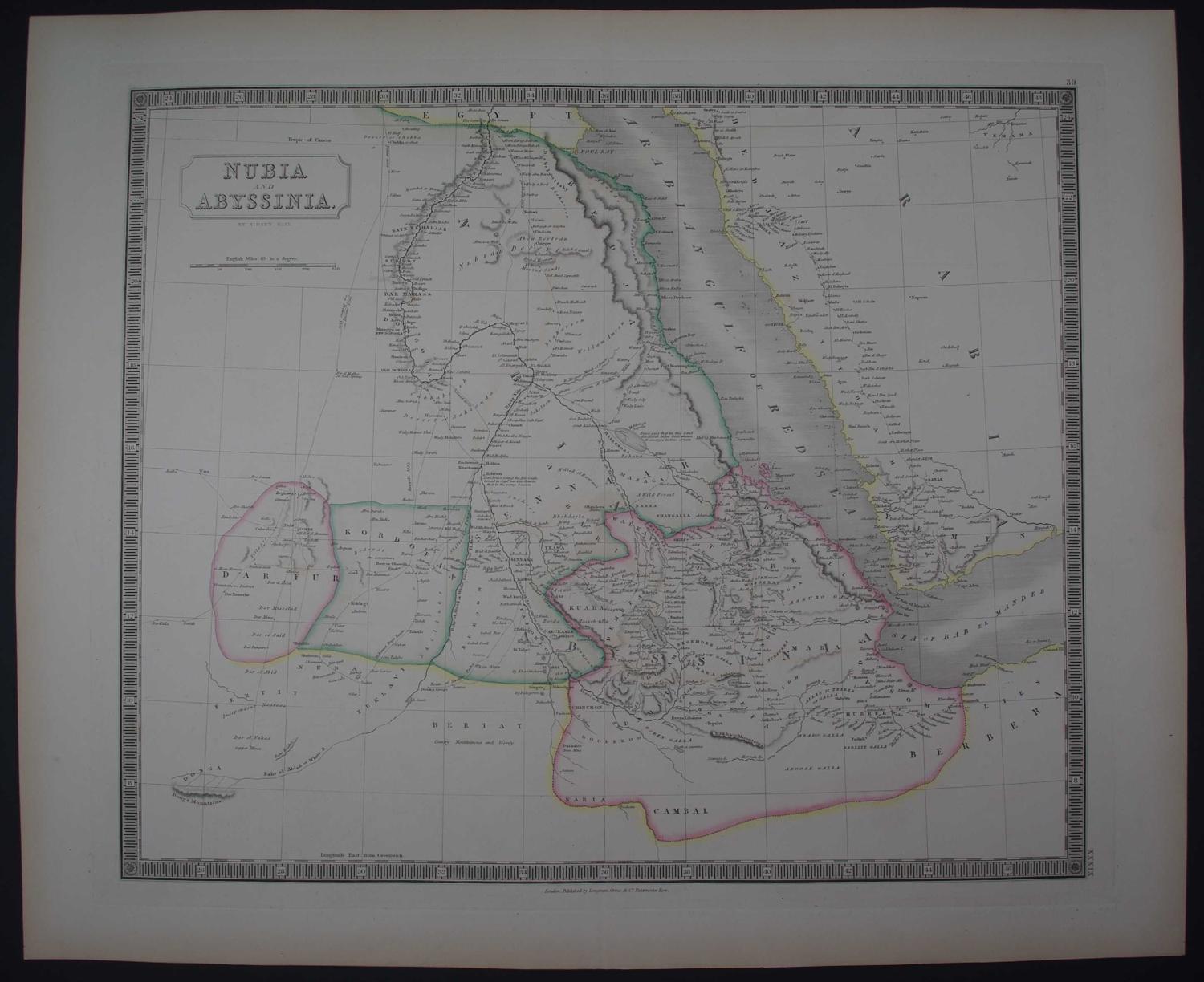 Nubia and Abyssinia (Sudan and Ethiopia) by Sidney Hall

Steel engraving with original hand colouring. Centrefold as published. Overall size 61.2cms x 50.2cms; image size: 510mm x 426mm. Piano key border. This map covers from Darfur east to Yemen. The White River (Nile) and Blue River (Nile) are mapped; the Blue Nile had, by this time, been traced to its source, Lake Tana (Tzana or Dembea). The routes of various explorers are noted including Poncet 1698; Browne 1793 and 1796; Burkhardt 1814;Bruce 1772 and the route of Mehemet Beg and the caravan from Soudan to Mecca. Centrefold as published, some browning to margin edges else very good condition with bright original hand colouring. Sidney Hall was an engraver, cartographer and copperplate printer. Worms and Baynton-Williams state in,'British Map Engravers' that Hall was almost certainly the first engraver to use the new harder steel plates for map work, using plates manufactured by the Jacob Perkins process as early as 1821. He died at the age of forty two and his widow Selina Hall, continued the business, her practice of signing her engravings simply as,'S.Hall' has caused much confusion among bibliographers.