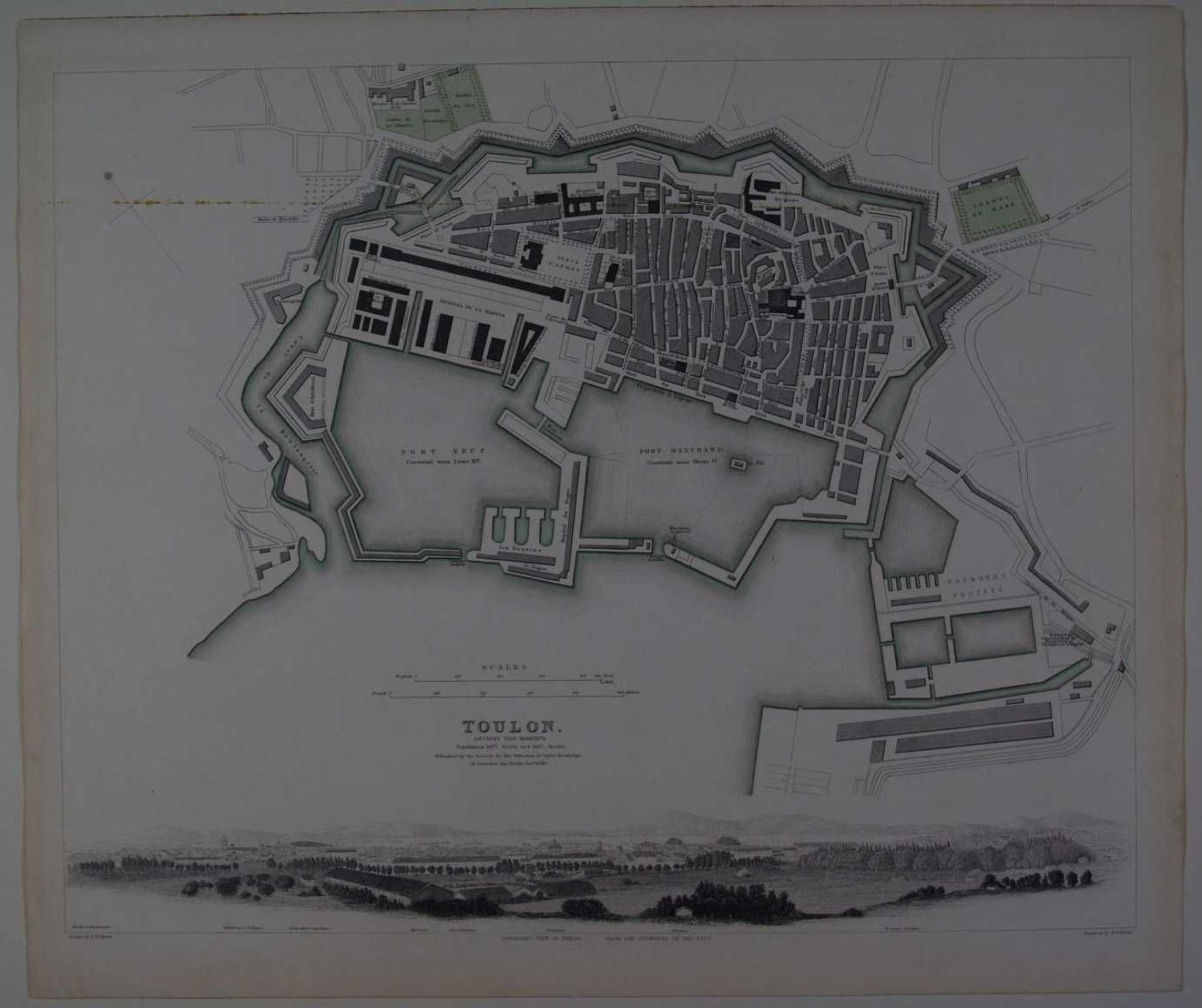 Toulon by W. B Clarke

Publisher: Society for the Diffusion of Useful Knowledge (SDUK)

Town plan Engraved by B.R. Davies. Steel engraving with original outline hand colouring. Good margins. Overall unmounted size : 40.8cms x 34.6cms. Image size : 371mm x 320mm.(including title). Panoramic view of Toulon from the outworks on the East. Some browning to margin edges else very good condition. Benevolent societies whose intentions were to disseminate knowledge were a distinguishing feature of the Victorian age. This society was founded in 1827 by John, Earl Russell and Henry Brougham, later Lord Chancellor of England. Earl Russell was an M.P. who was responsible for setting up an inspectorate for schools and an additional grant of £30, 000 for education. The society published books that were deemed to be of high educational worth but produced them at a price that was affordable. Their greatest publication, most probably, was their atlas of the world entitled 'Maps of the Society for the Diffusion of Useful Knowledge'.The town and city plans in this series are particularly prized now - these fine steel engravings have original hand colouring and are often embellished with vignettes and comparisons of the heights of the principal buildings of the city.