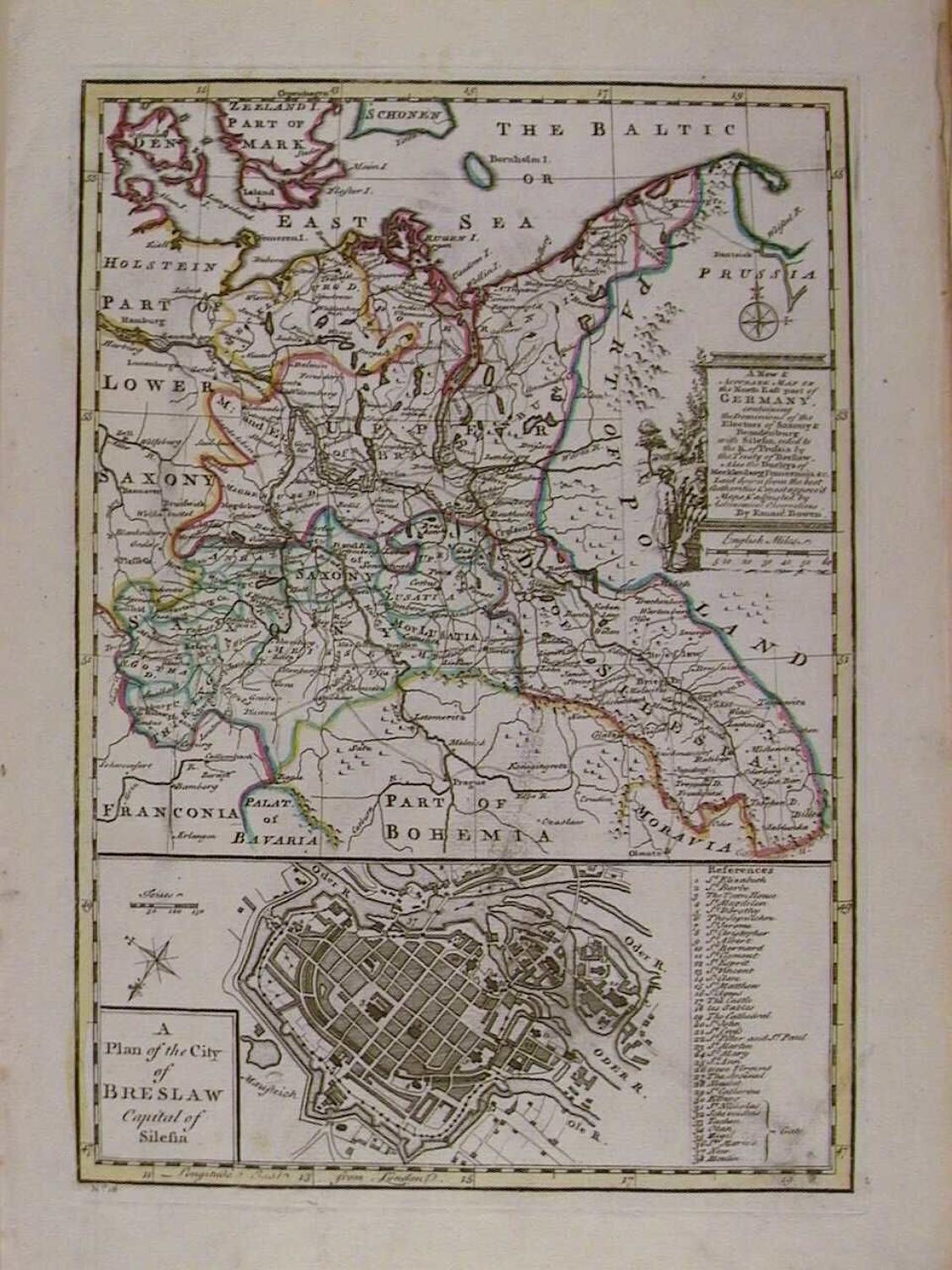 Full title:A New and Accurate Map of the North East part of Germany/ A Plan of the City of Breslaw Capital of Silesia Containing the Dominions of the Electors of Saxony & Brandenburg with Silesia ceded to the King of Prussia by the Treaty of Breslaw. Also the Duchy of Mecklenburg, Pomerania etc laid down from the Best Authorities & most approv'd Maps & adjusted by Astronomical Observations. Uncommon thus.. Copper engraving with original outline hand colouring. Overall size: 27.5cms x 43.2cms. Image size: 222mm x 321mm. Highly decorative title cartouche Old ink number top right, Odd mark to margins else lovely condition. Emanuel Bowen (1714-1767) was mapmaker to King George II and Louis XV (France), and his most distinguished work is the System of Geography from which this map came. His output was prolific and he produced several English county atlases, in some of which he was assisted by his son Thomas. Despite this commercial success ill-health and impecuniosity dogged both father and son, the latter dying in Clerkenwell Workhouse.