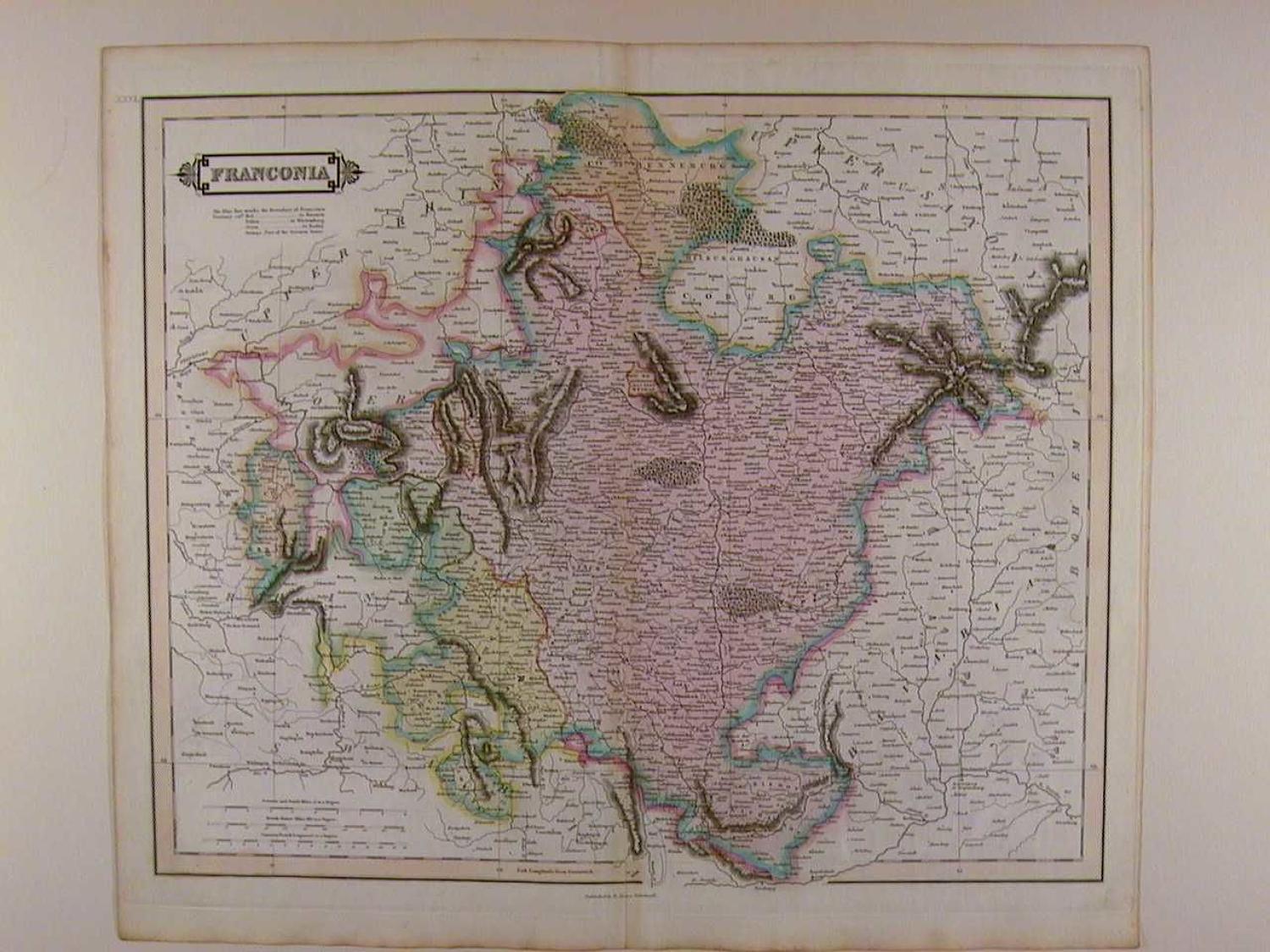 Copper engraving with original full hand colouring. Overall sheet size: 54.2cms x 47.8cms. Image size: 520mm x 410mm. Centrefold as published ; extremely faint browning at centrefold. 5cm archival strengthening at bottom of centrefold. The Blue line marks the Boundary of Franconia/ Territory coloured Red...to Bavaria/Yellow...to Wirtember/Green...to Baden/Orange..Part of the German States. (Text below title) Highly detailed map with very attractive hand colour. (1793 - 1875) Daniel Lizars was both an engraver, printer and publisher. He was born in Edinburgh and was the son of Daniel Lizars and younger brother of William Home Lizars. After the death of his father, Daniel Lizars continued his father's engraving and printing business with his brother in the tradition of Cary, Thomson and Pinkerton producing detailed, clear, beautifully hand coloured maps. However he declared bankruptcy in 1832. He then emigrated with his family to Canada the following year and settled on Lake Huron.His important library, a collection of some 650 volumes of unique Scots-Canadian interest was acquired by the McLaughlin Library of the University of Guelph in 1982. William Lizars continued publishing until his death in 1859 when the firm was acquired by W. & A.K. Johnston, who carried on the Lizars tradition.