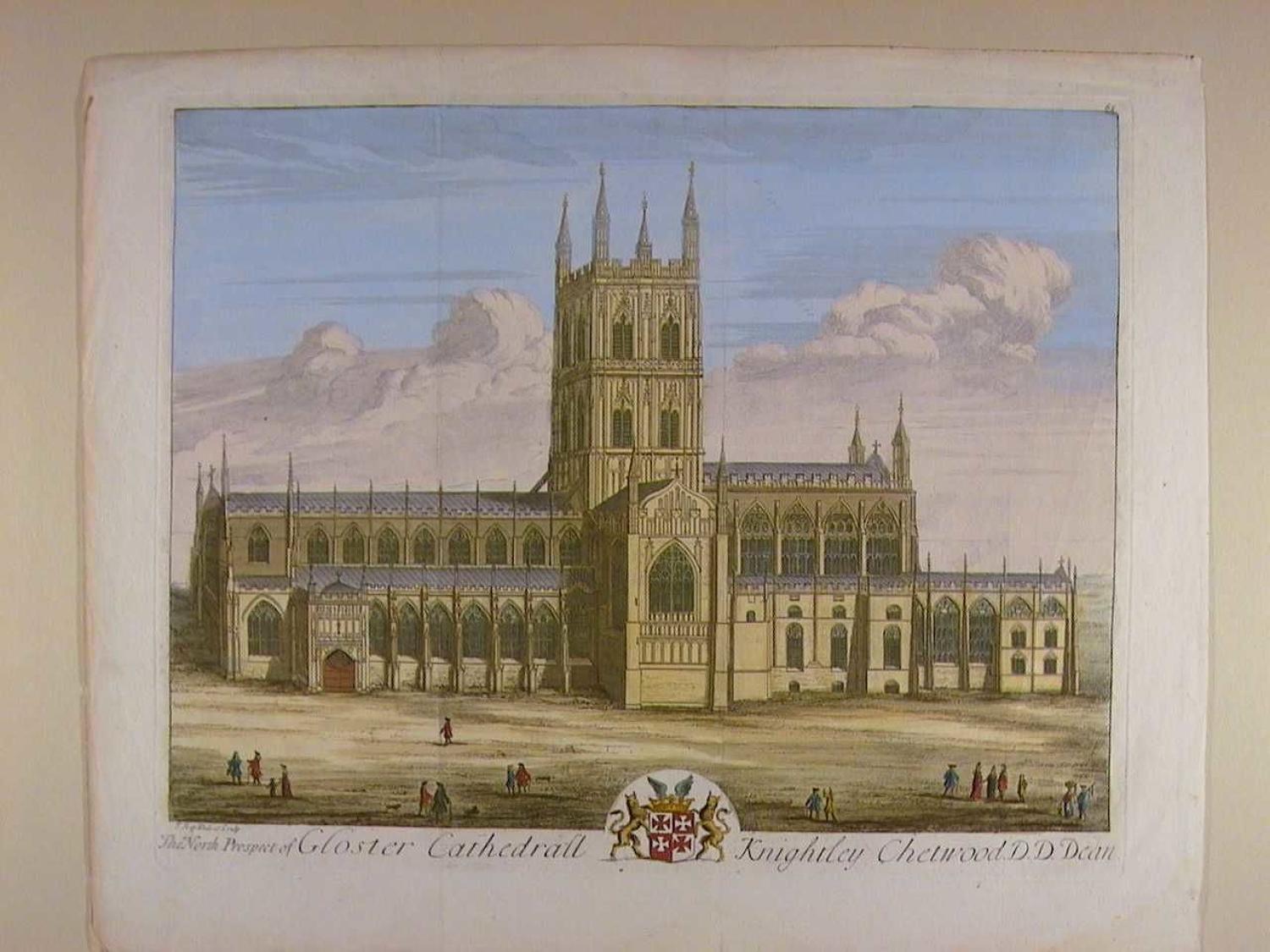 The North Prospect of Gloster Cathedrall by Johannes Kip

Copper engraving J. Kip Deli et Sculp (so designed and engraved by Kip himself). Early, not recent, hand colouring. Overall size : 51cms x 41.7cms. Image size: 426mm x 343 mm including the title. Two faint folds as published (2cm re-inforcement on verso at foot of one of them ). Odd mark in margins otherwise very good condition.. Johannes Kip (1653 - 1722) was a Dutch draughtsman, engraver, and print dealer who was active in England, after producing works for the court of William of Orange in Amsterdam. Following the Glorious Revolution of 1688, Kip accompanied the Court to England and settled in Westminster, where he conducted a thriving print selling business from his house in St. John's Street. He also worked for various London publishers producing engravings, largely for book illustrations. His most important works were the execution of the illustrations for Britannia Illustrata, 1708; The Ancient and Present State of Gloucestershire, 1712, and Le Nouveau Theatre de la Grande Bretagne, 1715.