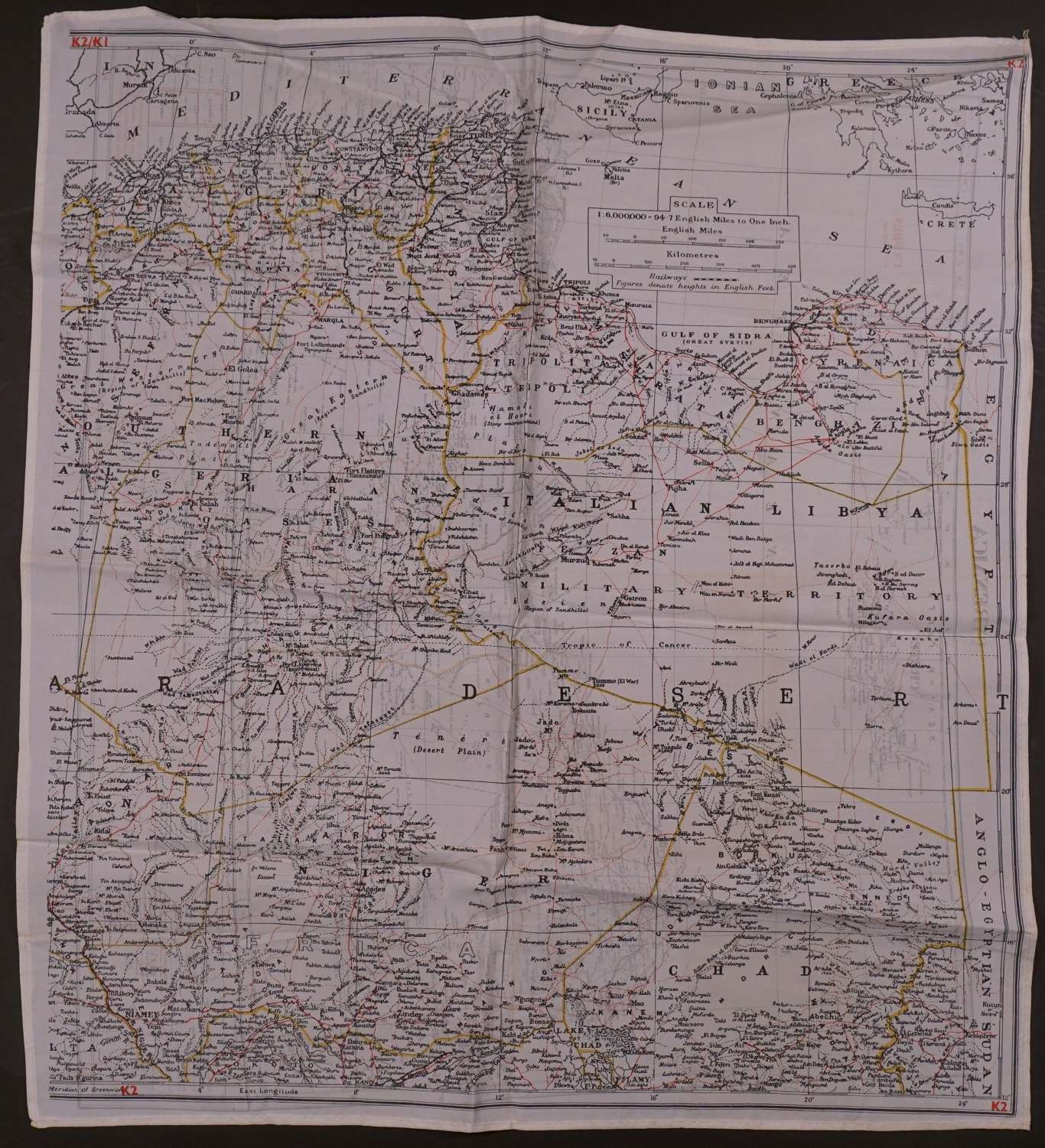 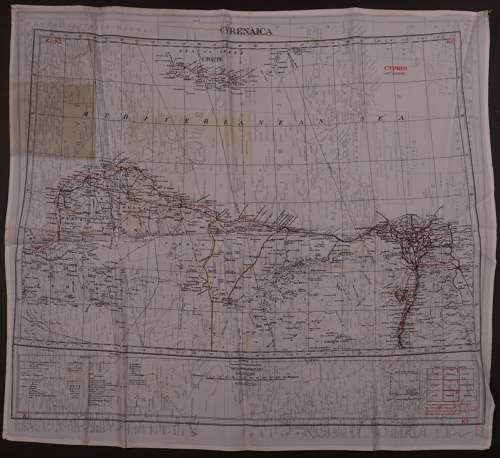 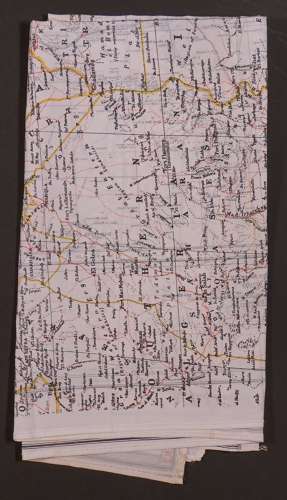 World War II escape maps issued to airmen. Double sided map printed on rayon in black, red and yellow. One side is number K1 and is titled Cyrenaica, northern Egypt and Crete at a scale of 1:1657000.  It includes a key and index to adjoining sheets.  The other side is numbered K2 but is not titled and is at a smaller scale.  It covers North Western Africa, including Cyrenaica, Crete, Western Egypt, Sicily, Tripolitania, Italian Libya, Algeria and Nigeria. Overall sheet size: 50.8cms x 45.2cms; image size 480mm x 412mm. Made by Waddington PLC in the UK. Some browning to left side of K1.