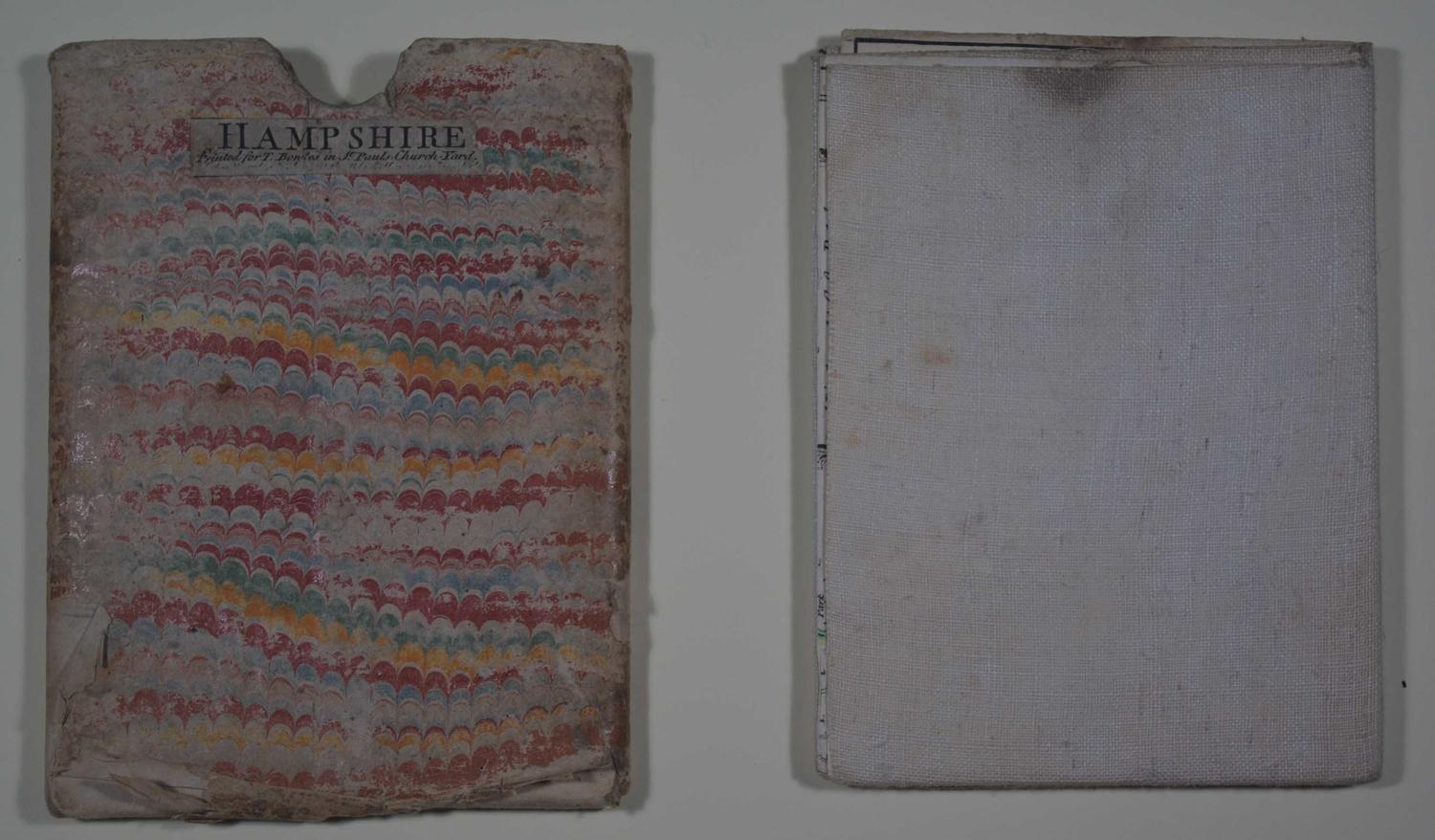 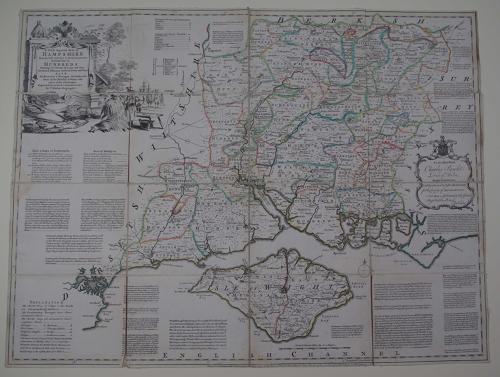 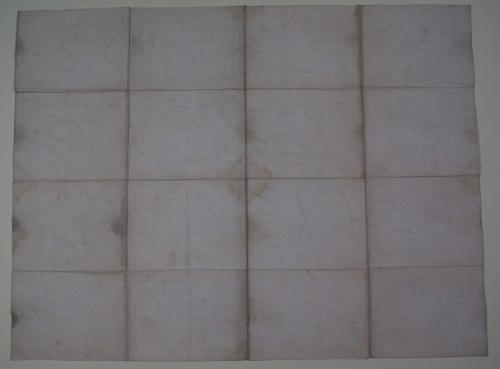 A New Improved Map of Hampshire by Thomas Kitchin

Folding map. Dissected into 16 squares and laid on linen and folding into marbled slipcase with title in black and publisher's imprint. Long title: A New Improved Map of Hampshire from the best Surveys and Intelligences Divided into its Hundreds Shewing the several Roads and true Measured Distances between Town and Town also the Rectories and Vicarages the Parks and Seats of teh Nobility and Gentry with other useful Particulars Regulated by Astronomical Observations. Copper engraving. Original outline hand colouring. Overall size : 69cms.x 52.7cms. Image size : 680mm.x 530mm. Decorative cartouche at top right with dedication cartouche at bottom left. Folds into slipcase 14cms wide x 520cms; slipcase worn with marbled endpaper listing bottom left and bottom right (verso) of case. The map itself has a faint circle of browning at the centre (not offensive) and some browning left edge and right; three yellow marks below Spit Head above Isle fo Wight ; little greying to the right of the cartouche. A fascinating map containing much historical information, finely engraved and in good condition in its original slip case. This map was produced for inclusion in the Large English Atlas which was the finest county atlas produced in the 18th.Century and was the largest scale atlas produced to date. Clearly engraved with panels of text in the areas surrounding each county describing the commerce and the state of the principal cities. Hodson County Atlases of the British Isles vol II p 130 (h) Printed for R Wilkinson, Laurie & Whittle, and Bowles and Carver.