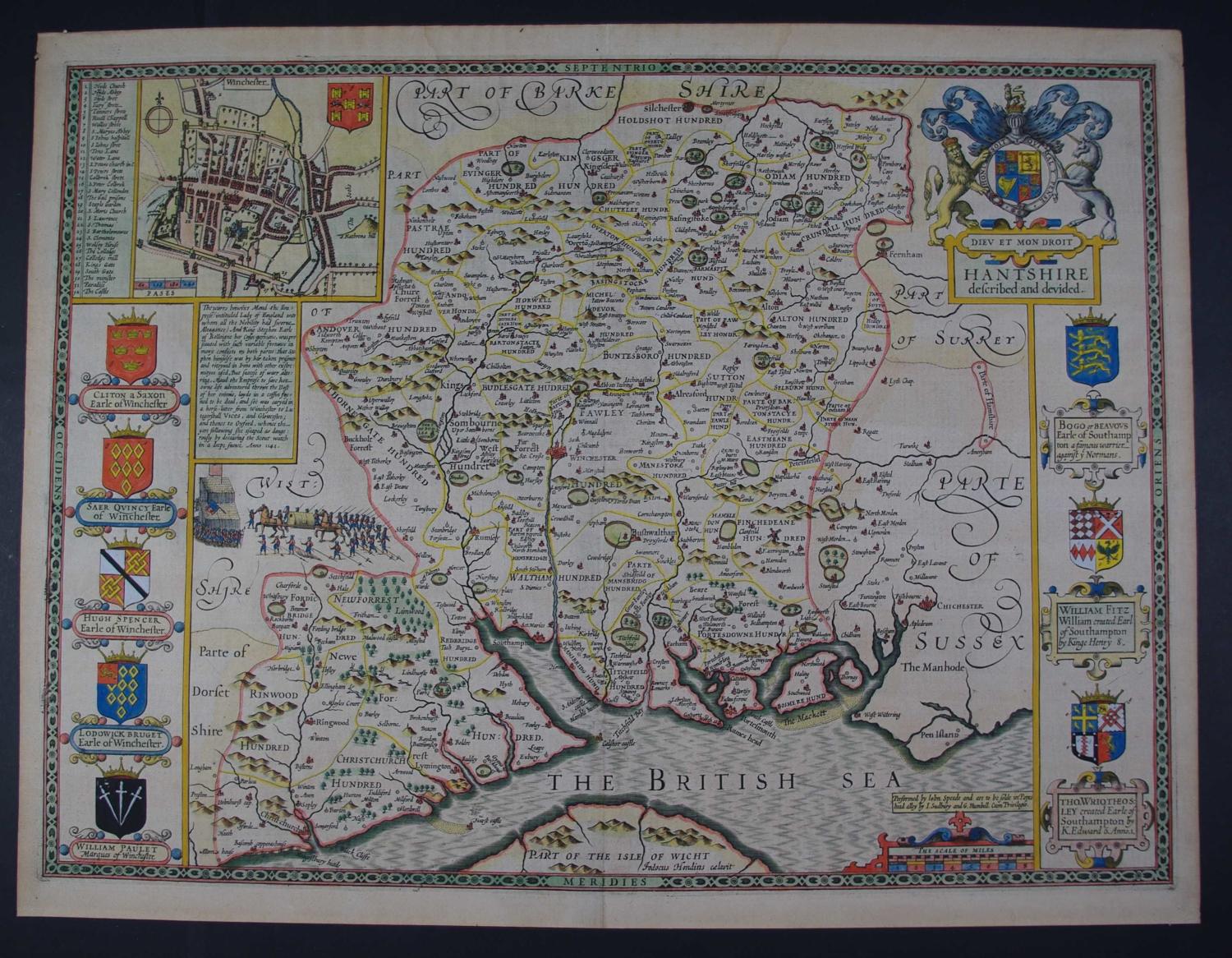 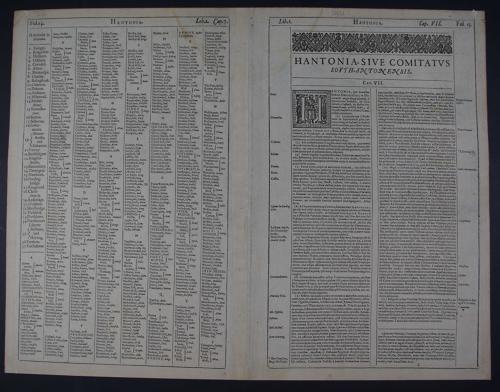 Rarest of all the John Speed editions, this Latin edition was produced in 1616 for the foreign market. Engraved by Jodocus Hondius. Latin text on back of map. Copper engraving with later hand colouring. Overall size : 52.6cms x 40.3cms. Image size : 506mm x 374mm. Inset plan of Winchester. Eight armorials, left and right margin; highly decorative title cartouche showing the royal coat of arms; inset batttle scene and historical description of the wars between Maud the Empresse entitled Lady of England and King Stephen. The Latin text on the back has a list of places on the left side and a description of Hampshire itself, its history, trade, town and commodities on the right. when held up to the light, one pinprick can be seen in the top market, most probably an indicator to the binder; one other minute pinprick in the box describing Bogo or Beavous Earle of Southampton a famous warrior agains tthe Normans,being the first armorial on the right, invisible unless map held up to the right; faint waterstain line visible in top margin and on verso at top else exceptionally fine condition. Until his late thirties, John Speed was a tailor by trade but his passion for history and map-making led him to gain a patron in Sir Fulke Greville, the poet and statesman, who found him a post in the customs and helped subsidize his map-making, giving him "full liberty to express the inclination of my mind"". He became aquainted with the publisher William Camden