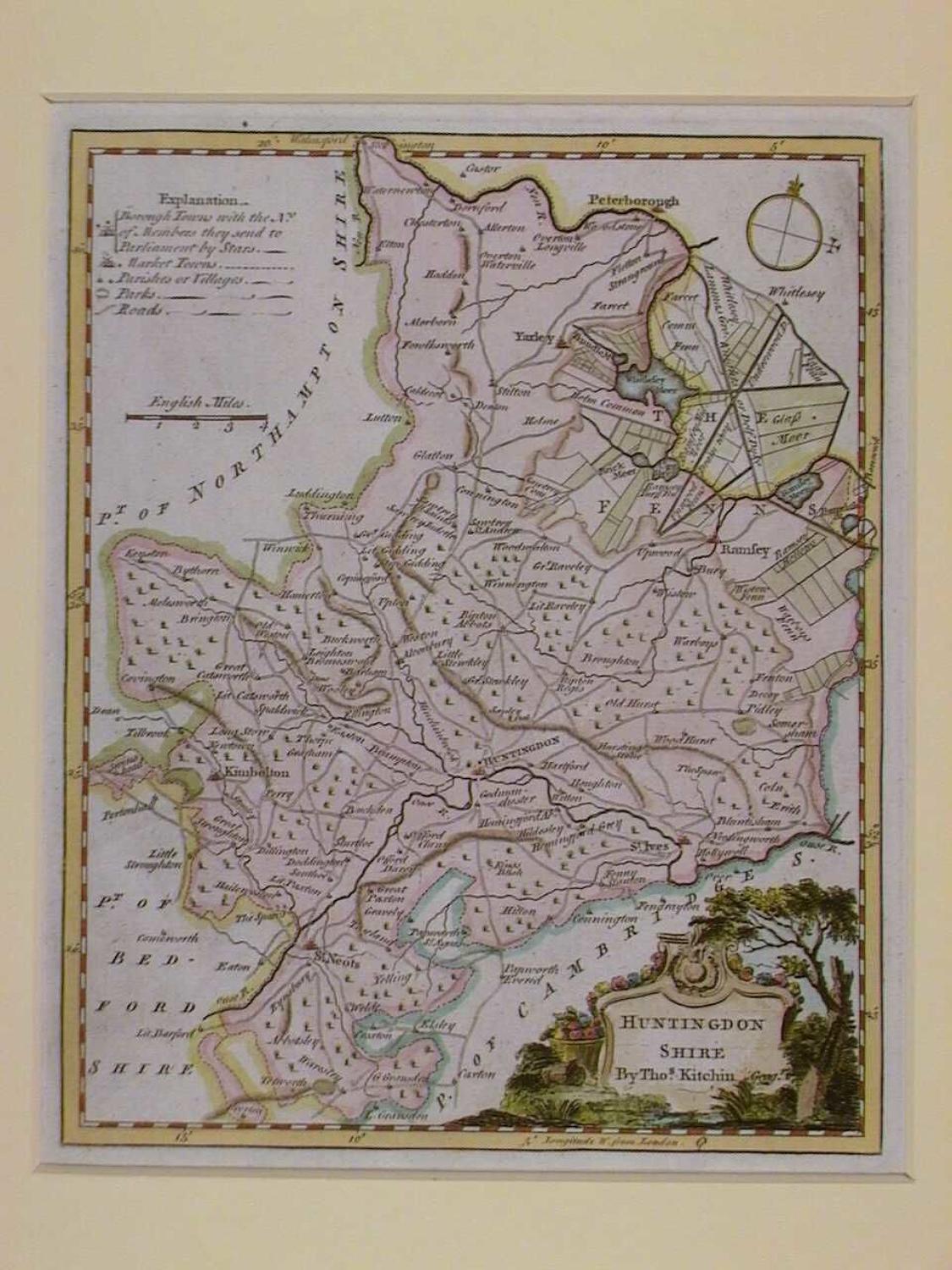 Copper engraving with later hand colouring. Overall size in conservation mount and backing : 30.6cms x 36.1cms. Engraved size : 175mm x 220mm. Decorative cartouche bottom right, scale of miles top left blank. Key to the Great or Direct Post top left.Light diagonal crease else good condition . Thomas Kitchin, 1718-84. Kitchin worked as a publisher and engraver from premises at The Star in Holborn, London. He was an engraver of the highest ability and produced a broad range of books on a variety of subjects including topographical works. By himself Kitchen produced a large number of maps of every kind for periodicals such as the London Magazine and for books on history and antiquities. He is probably best known though, for his parnership with Emanuel Bowen with whom he published, in 1755, The Large English Atlas, which contained the finest county maps of the !8th.Century.