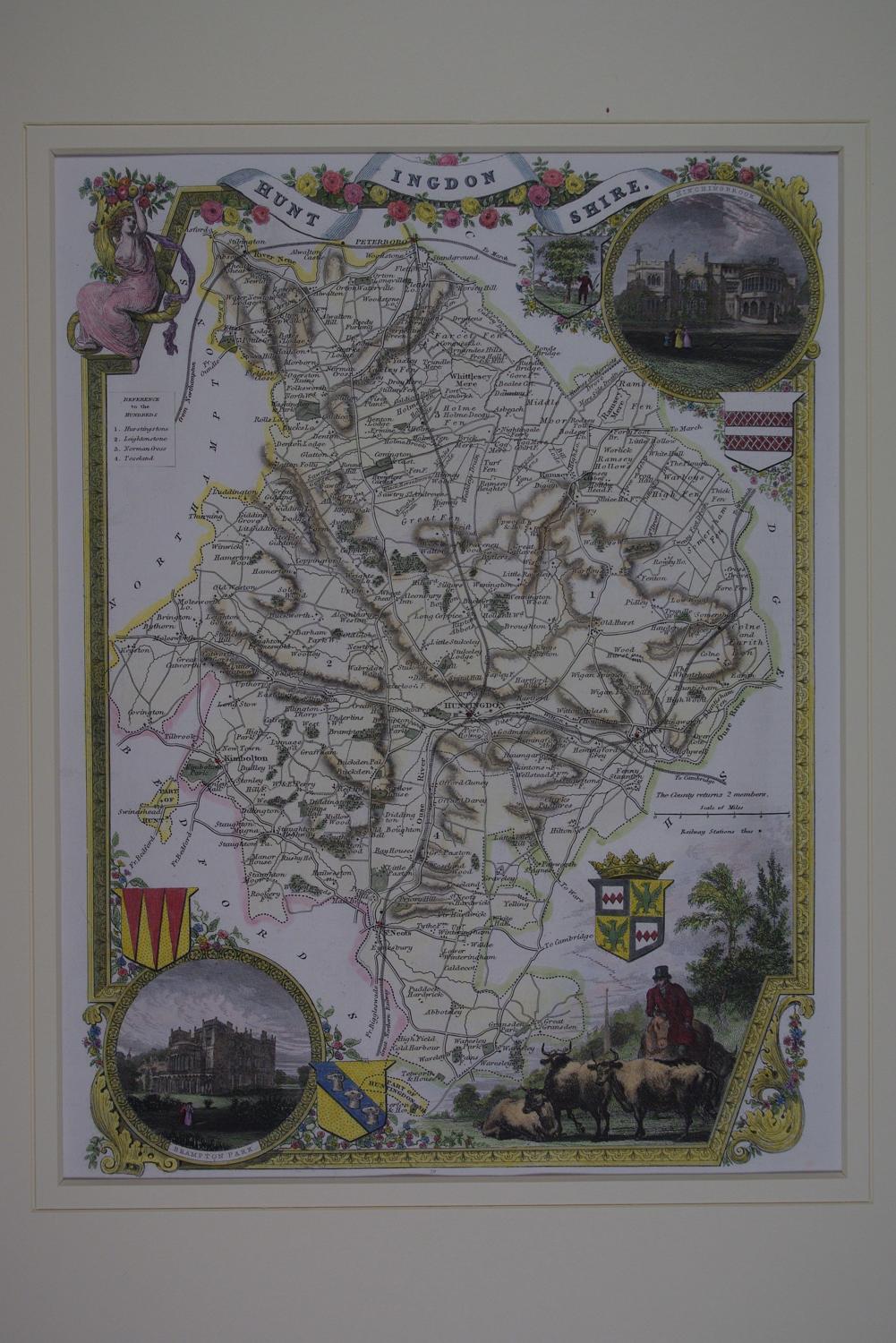 Steel engraving. Later hand colouring. Overall size in hinged off white fully conservation grade mount and back with decorative v groove: 35cms.x 42.4cms. Image size : 200mm.x 272mm. Very good condition. Highly decorative map with swagged title at top with bucolic maiden holding aloft flowers, in opposite corners are oval vignettes of Brampton Park and Hitchingbrook; a farmer on horseback bottom right symbolises the fertile and very beautiful meadows of the county. Key to four hundreds. Three coats of arms. Stunning map.. Thomas Moule (1784-1851) was a scholar and writer on heraldry and antiquities who worked in London as a bookseller and later on worked in the Lord Chamberlain's department. The county maps for which he is best known were first published in the 1830's during the reign of William IV and re-issued in 1841, during the reign of Victoria. The original steel plates were used for all issues, but they were amended in the later edition to show the railways. These maps are very attractive and clearly printed. They were the last series of highly decorated maps to be published and they are very collectable both for their attractive and distinctive appearance and for the very fine quality of the engraved detail.