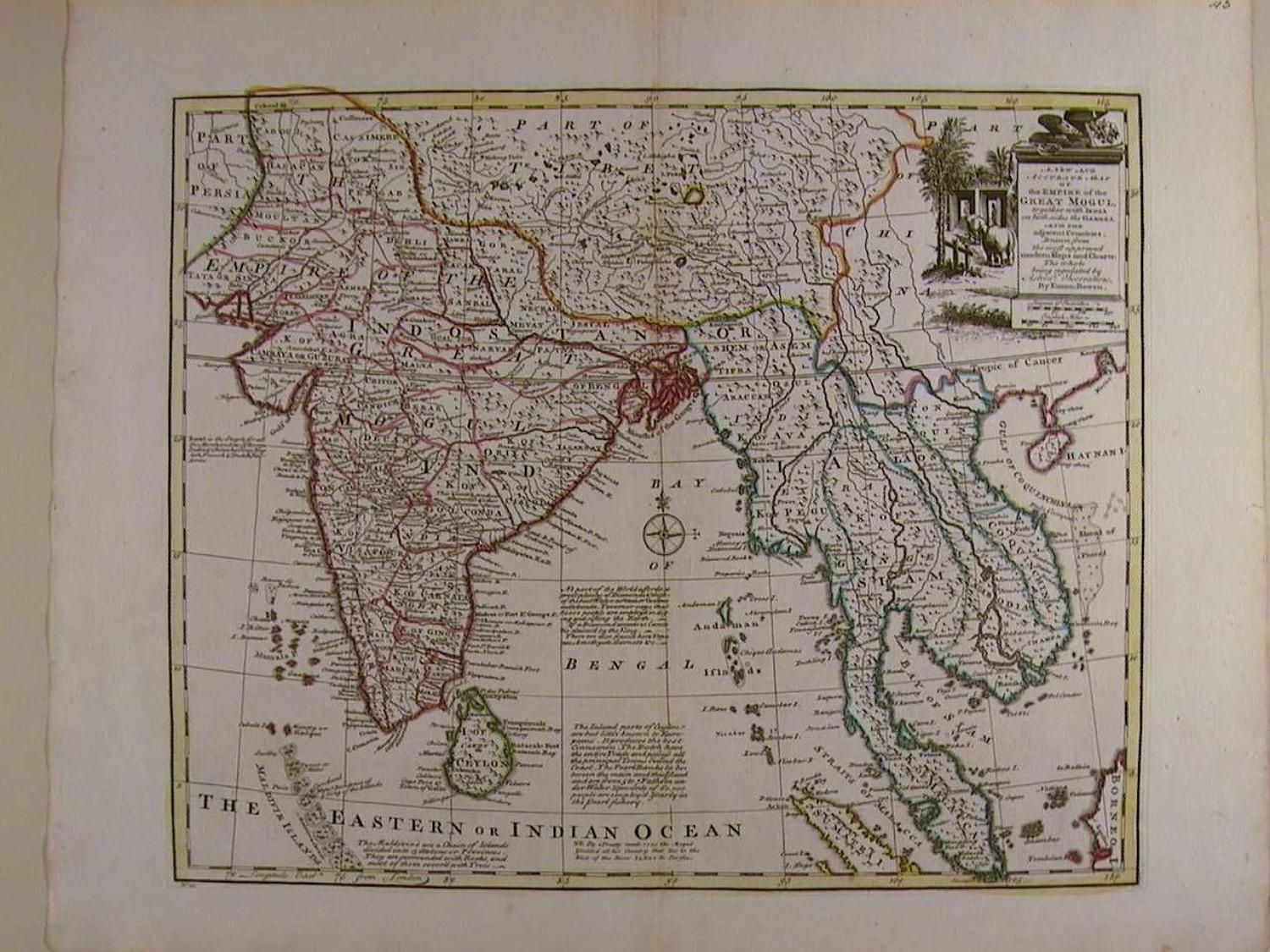 Full title:A New and Accurate Map the Empire of the Great Mogul together with India on both sides the Ganges, and the adjacent Countries. Uncommon thus. Copper engraving with original outline hand colouring. Overall size: 54.2cms x 43.3cms; image size: 424mm x 348mm. Old ink number top right of sheet. Central crease as published. Highly decorative cartouche with elephants and scenery, scale of distance (2) below. Many textual vignettes or legends as they are known e.g. The the Inland parts of Ceylon are but little known to Europeans. It produces the best Cinnamon. The Dutch have the entire Trade and possiess all the principal Towns round the Coast. The Pearl Banks lie between the main and this Island and are from 5 to 7 Fathom under water. Upwards of 60,000 people are employ'd Yearly in the Pearl fishery. Highly detailed map which includes all of India, Ceylon, Siam, Laos, Cambodia, part of Tibet, and Malaysia to just above Singapore. Stunning map in very good condition apart from a little browning to margins. Emanuel Bowen (1714-1767) was mapmaker to King George II and Louis XV (France), and his most distinguished work is the System of Geography from which this map came. His output was prolific and he produced several English county atlases, in some of which he was assisted by his son Thomas. Despite this commercial success ill-health and impecuniosity dogged both father and son, the latter dying in Clerkenwell Workhouse.