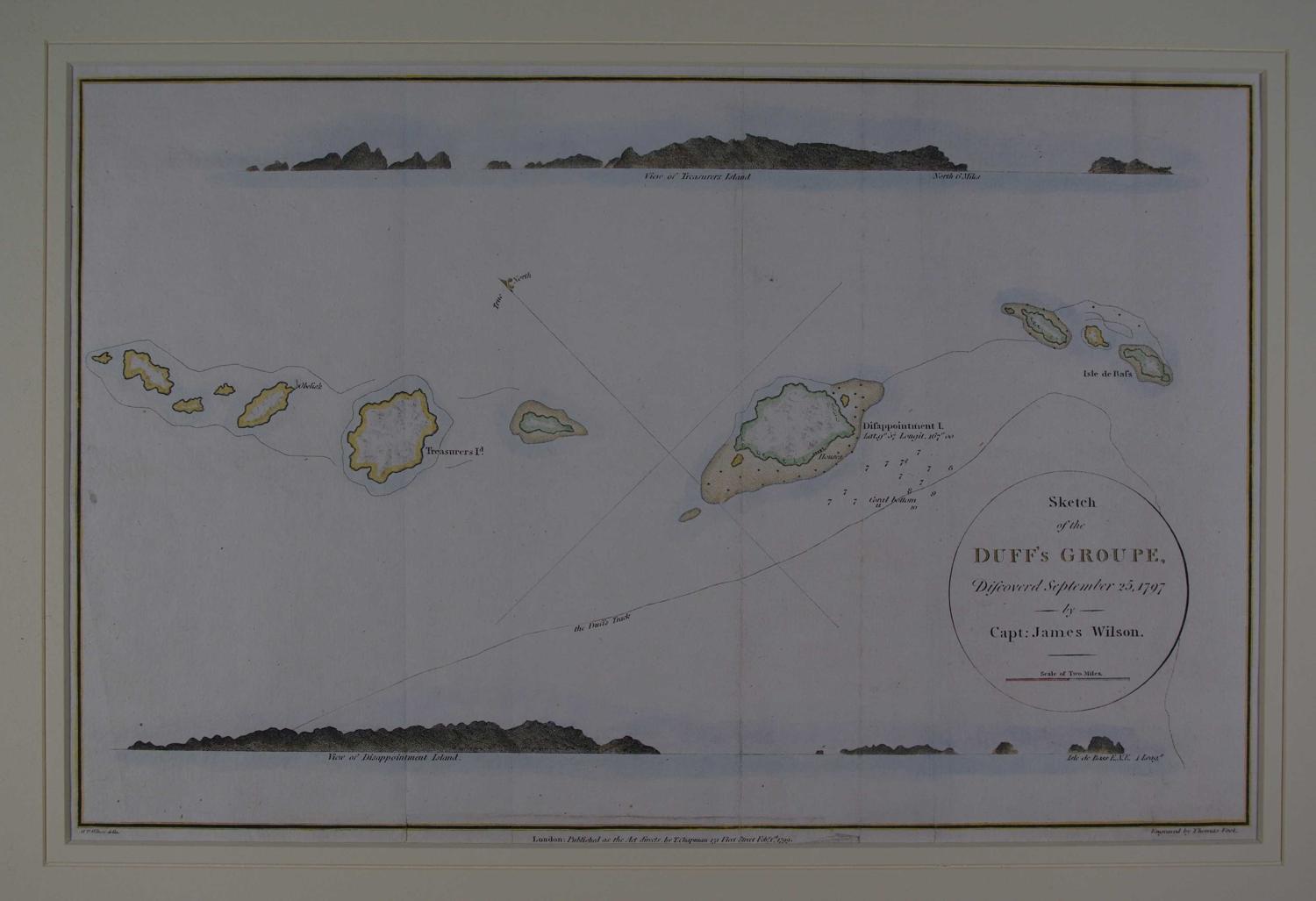 Long title:Sketch of the Duff's Grouple, Discobered September 25, 1797 by Capt: James Wilson. Copper engraving by Thomas Foot with later hand colouring. Old folds as issued; bottom margin nicked in places and one repaired tear into map else good. Duff Islands is a small island group located 100 miles NE of Santa Cruz Island in the eastern Solomon Islands in the southwest Pacific Ocean they are sometimes known as the Wilson islands. The Duff Islands were named after missionary ship Duff, captained by James Wilson, which reached them in 1797.Coastal profiles: View of Treasurers Island -- View of Disappointment Island.