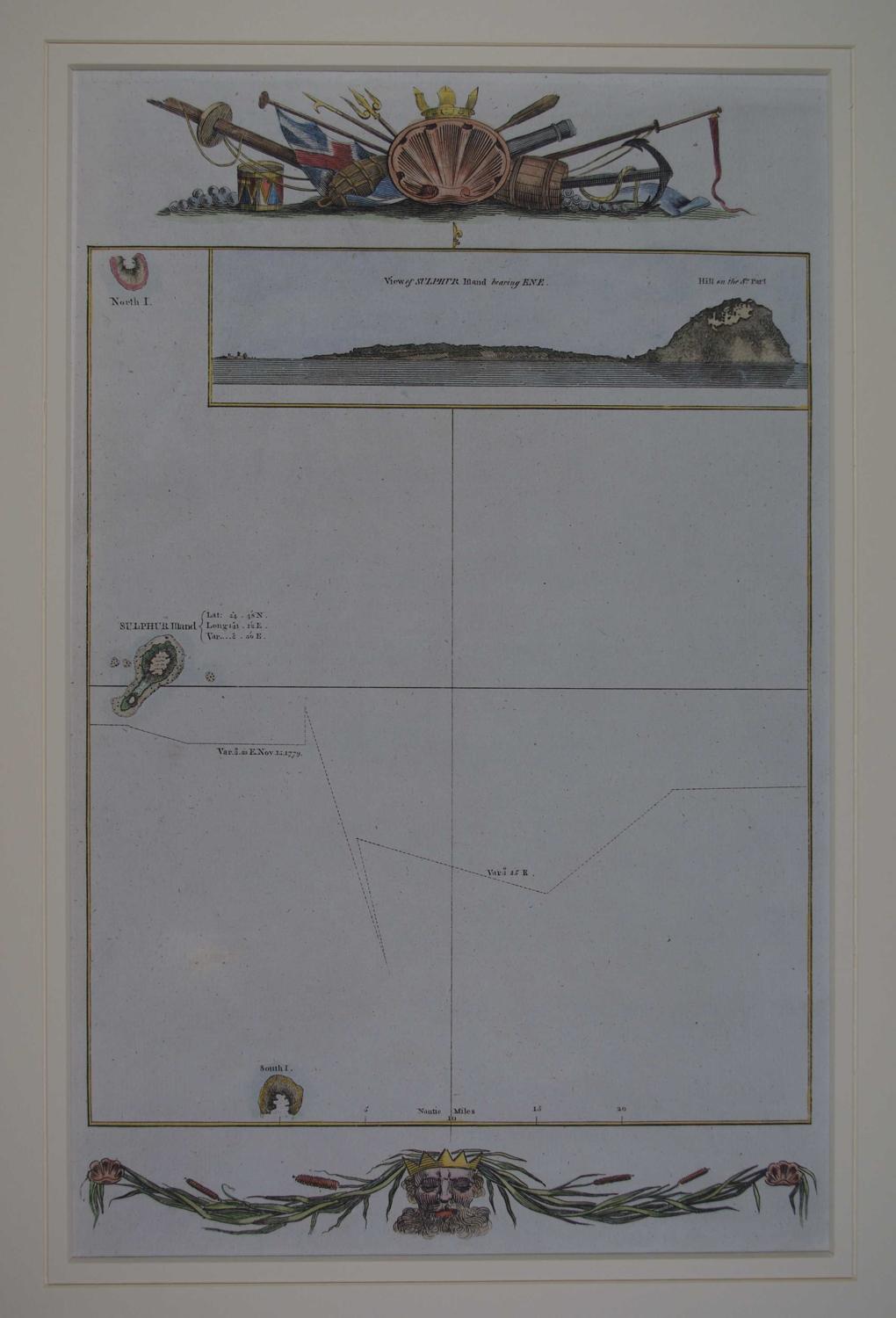 Copper engraving; later hand colouring. Overall size in off white fully conservation grade mount and back with decorative v grove : 36.3cms x 49.8cms; image size: 323mm x 223mm.. An island of the Japanese Volcano Islands chain south of the Ogasawara Islands and together with them form the Ogasawara Archipelago also known as the Bonin Islands. It was discovered by Spanish sailor Bernardo de la Torre who named it Sufre Island, after the old Spanish term for sulphur (azufre in modern Spanish). At that time Iwo Jima and other islands were the limit between the Spanish, and Portuguese Empires in the far East. In 1779, the island was charted as Sulphur Island, the literal translation of its official name, during Captain James Cook's third surveying voyage.