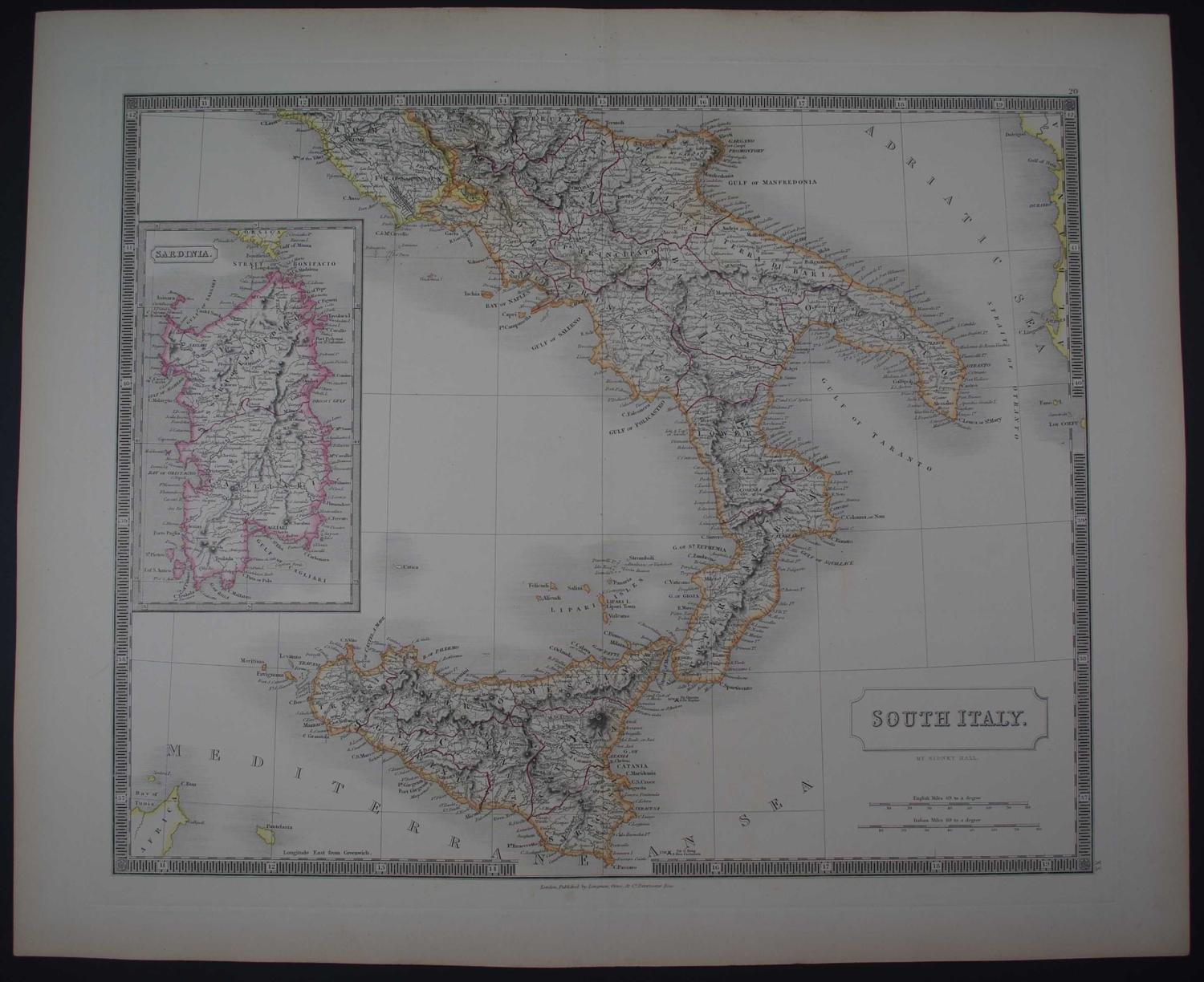 Steel engraving with original hand colouring. Internal boundaries delineated by red lines. Inset of Sardinia. Overall size 61.4cms x 50.2cms; image size: 511mm x 411mm. Piano key border. Sicily. Lipari Isles. Site of battle in 1718 marked, between Sir G Byng and Don Castaneta known as the Battle of Cape Passaro, a British victory obviously given the nationality of the map maker! Centrefold as published. Slight browning to margin edges and two fox spots beneath publisher's imprint else very good condition with bright original hand colouring. Sidney Hall was an engraver, cartographer and copperplate printer. Worms and Baynton-Williams state in,'British Map Engravers' that Hall was almost certainly the first engraver to use the new harder steel plates for map work, using plates manufactured by the Jacob Perkins process as early as 1821. He died at the age of forty two and his widow Selina Hall, continued the business, her practice of signing her engravings simply as,'S.Hall' has caused much confusion among bibliographers.