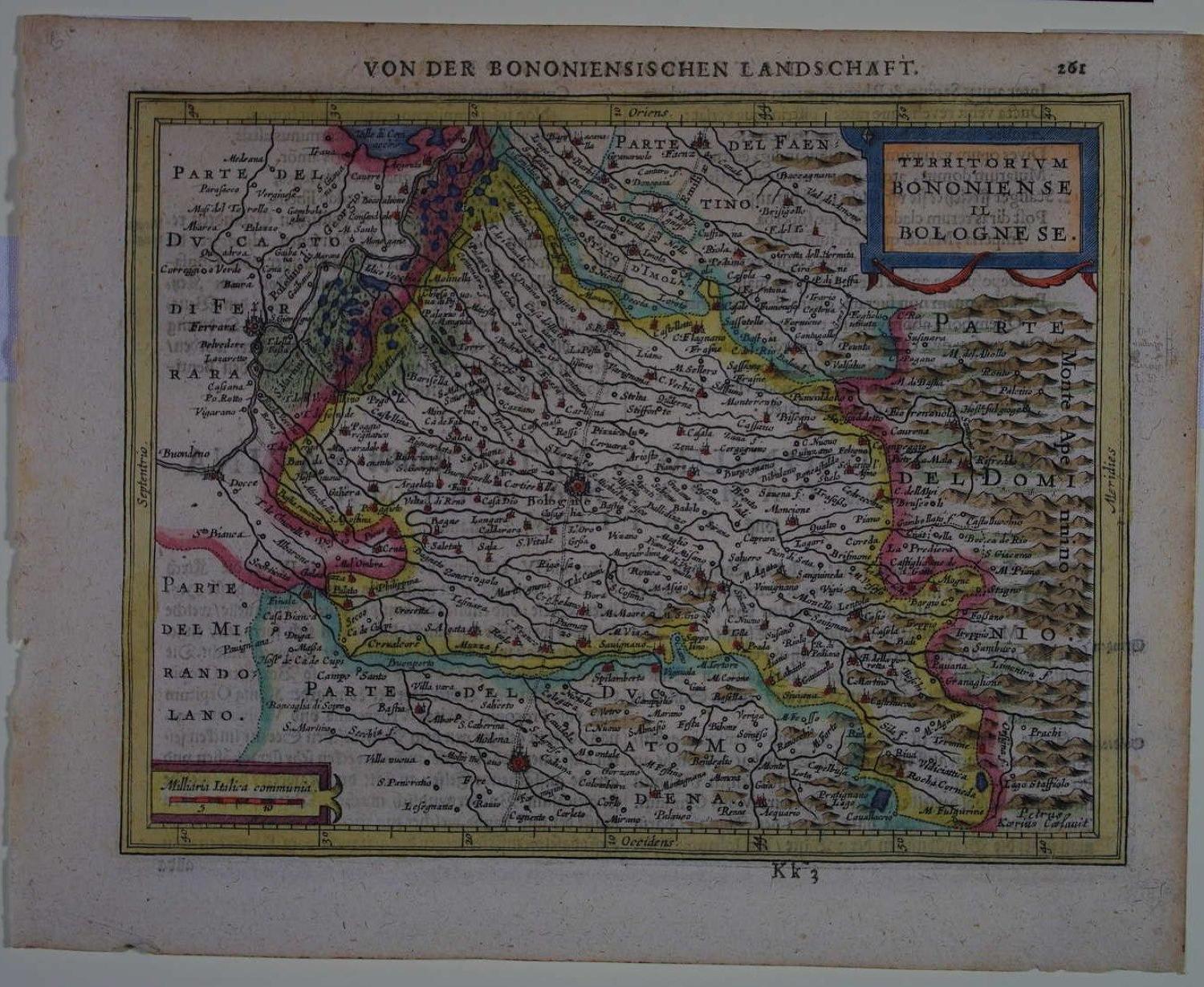 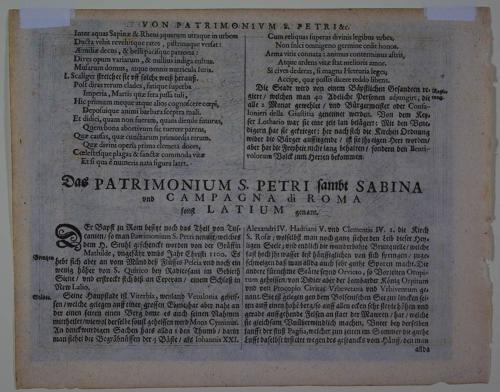 Miniature map. Petrus Kierius Caelavit. Copper engraving with later but not modern hand colouring. Title above map: Von Der Bononiensischen Landshaft. Overall size in off white fully conservation grade mount and back decorated with v groove: 35.3cms x 32.1cms; image size: 201mm x 162mm Old German on verso. Highly detailed map of Bologna region. Pieter van den Keere came to England in 1584, as a Protestant refugee from his home town of Ghent with his sister Colette, who married Jodocus Hondius, in 1587. It was probably from Hondius that van den Keere learned engraving. Both engravers left London in 1593 to settle in Amsterdam. Pieter van den Keere began to engrave a series of miniature maps in 1599 in preparation for a small atlas of the British Isles. The maps were first published in 1617 by William Blaeu with plate numbers and Latin text. They then passed to George Humble, who publised them in 1619 and then again in 1627.