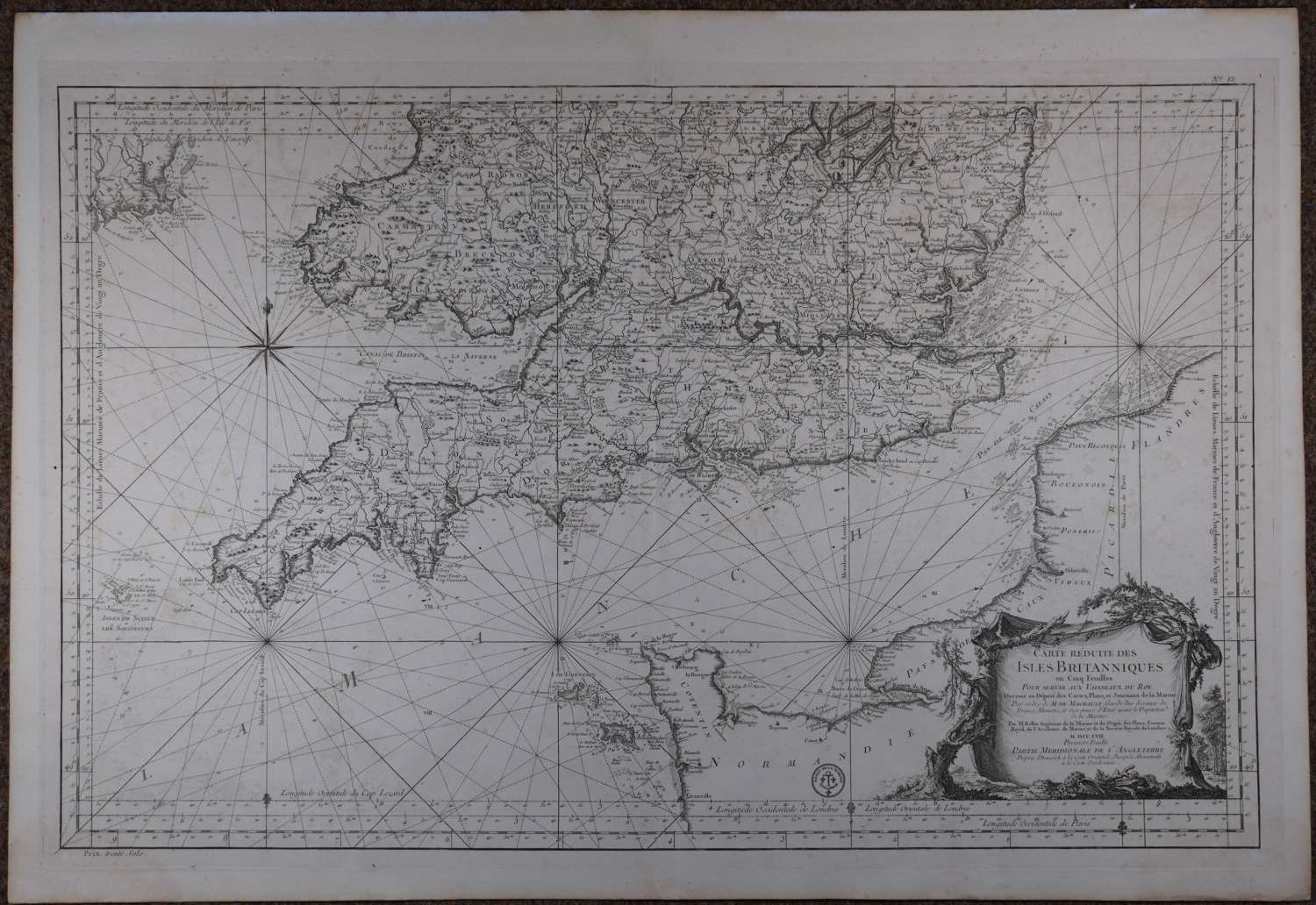 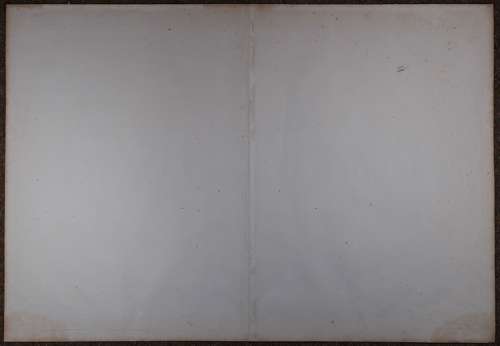 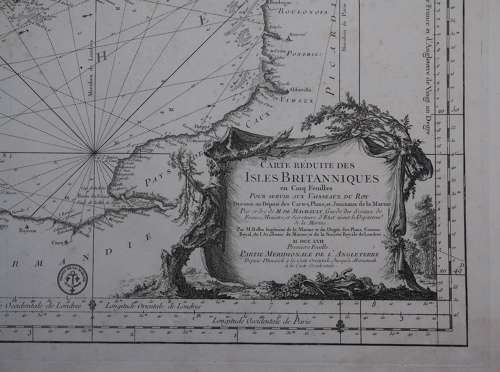 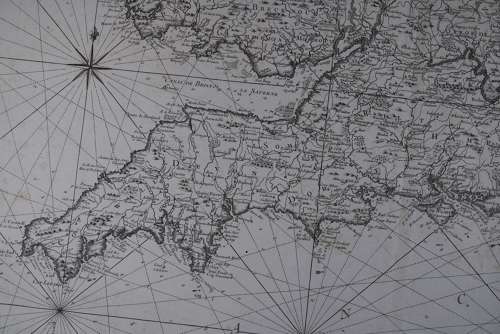 Copper engraving; uncoloured as issued.  Overall sheet size: 94.1 cms x 64.5cms ; image size: 868mm x 644mm.  A superb, large-scale chart of southern England and part of the coast of France. The map extends as far north as Norwich and N  Wales. Locates London, Oxford, Coventry, Cardiff, Lands End, etc. Shows all of the islands of Scilly, Guernsey and Jersey and and all of the northern coast of France to Flanders.  The map is filled with incredible detail, both along the coastline and in the interior with scores of towns and villages located ;  wagon roads are marked.  This map is distilled from Bellin’s larger, separate maps of the British Isles.  The chart is embellished by a large scenic title cartouche, rhumb lines and compass rose.  It has the stamp of the Depot de la Marine.  Very faint pale foxing in the blank right and left areas and also in the sea below Chichester, four small wormholes only visible when held up to the light, else it is a superb dark and velvety impression.  A stunning chart focusing on the English Channel as the map was primarily for the use of French Naval navigators during a period in which Britain and France were often at war.  The price: ’Trente sols’ is given in the bottom left margin.

Jacques Nicolas Bellin was one of the key mapmakers of the eighteenth century.  In 1721 at the age of 18 he became hydrographer to the French Navy continuing to become the first Ingenieur de la Marine of the Depot des cartes et plans de la Marine(the French Hydrographic Office) and was named Official Hydrographer of the King of France.  Under his tenure, the Depot was the most active centre for the production of sea charts and and maps including the sea atlases the Atlas Maritime and the Hydrographie Francaise .  He contributed many maps to the 15 volume Histoire Generale des Voyage of Antoine Francois Prevost.  Bellin’s work ensured that France took a leading role in European cartography and geography.