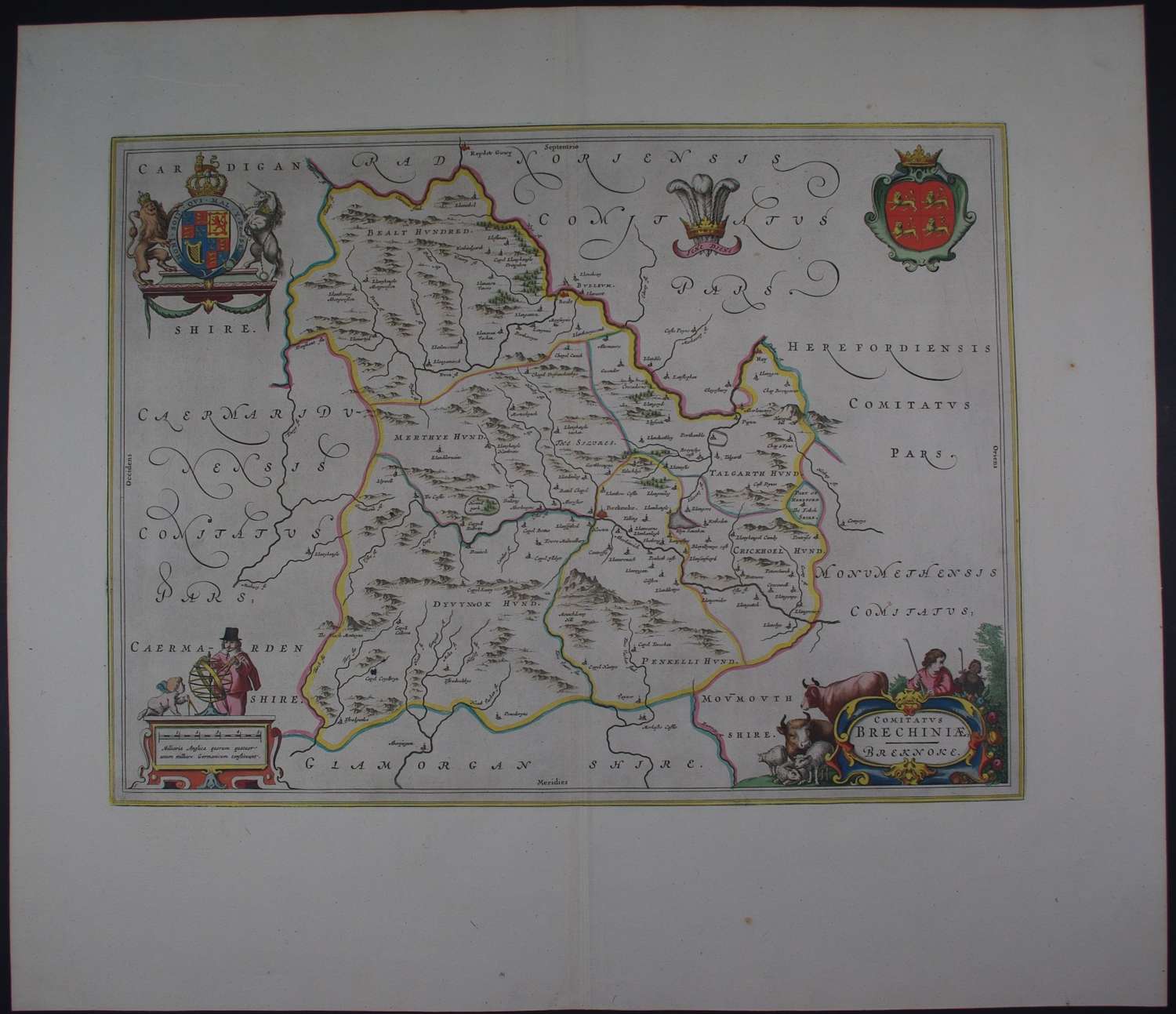 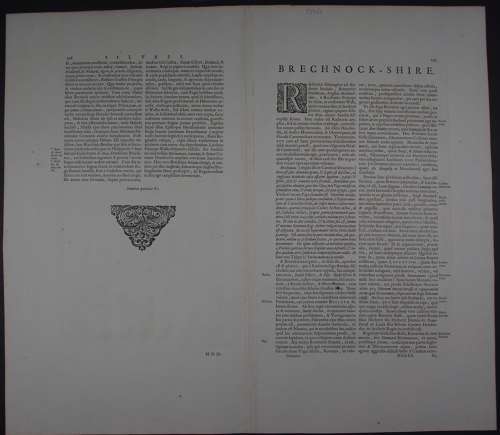 Latin text pp 296/295.   Copper engraving, original hand colouring.  Royal coats of arms and Prince of Wales feathers.   Ornamental title cartouche, scale of distance, arms. Overall size  64.4cms x  55.8cms. Image size: 506mm x 381mm.  Scale bar in English miles. The text verso in Latin translates in part that ‘The name derives from Prince Brychan, who, the Welsh say, had twenty-four daughers, all of them devout.  This province is larger than Radnor and more mountainous, though it boasts several fertile valleys..The diligent Giraldus Cambrensis, who was archdeacon here 400 years ago, has omitted nothing in his description of this little province, so I shall be silent and allow him to speak’.  Two worm holes in map, at Capel Coyelbryn to the right of the figure above the scale of distance.  Royal coat of arms top right heightened with gold and one gold spot on top of the red marking Brecon.