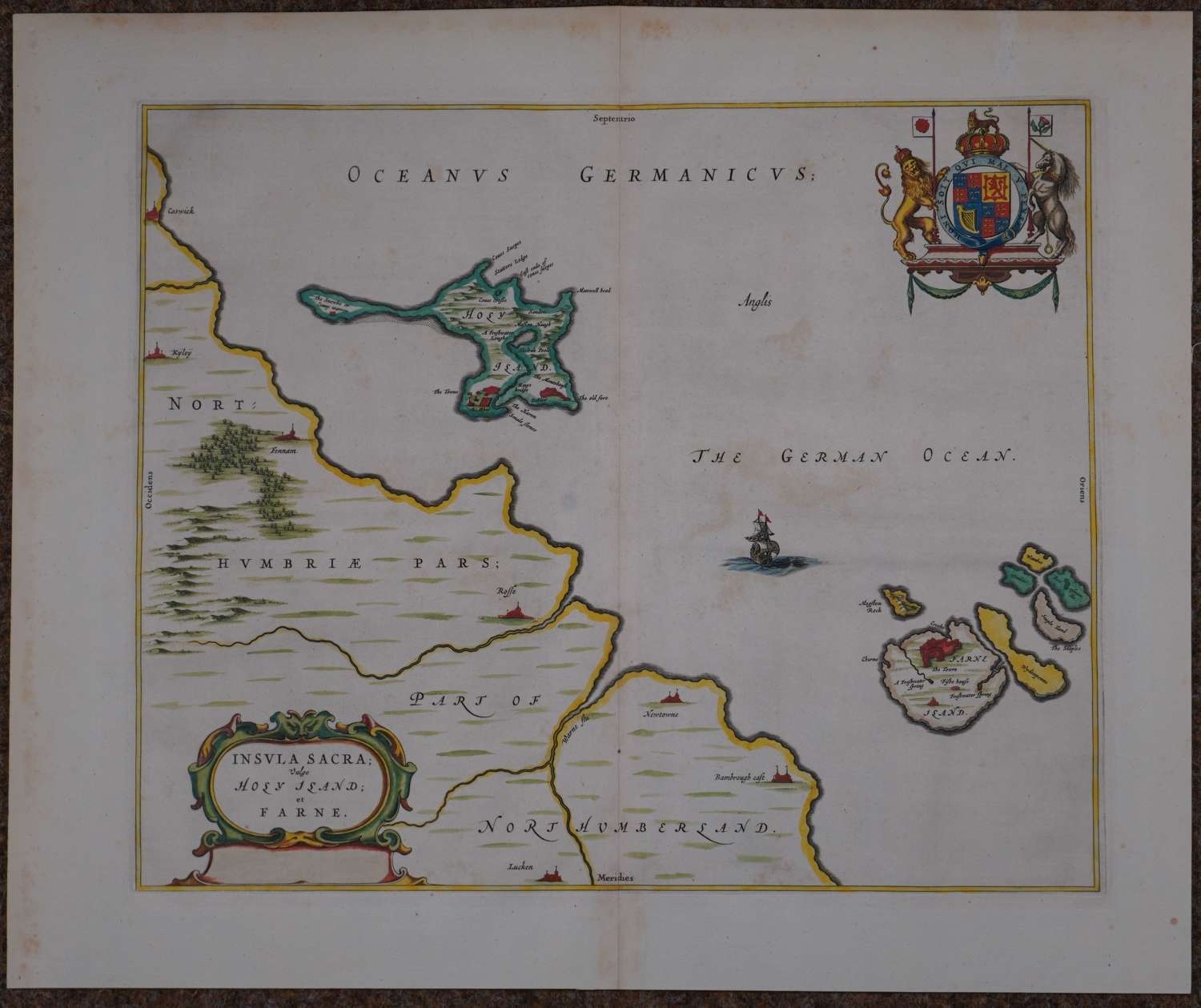 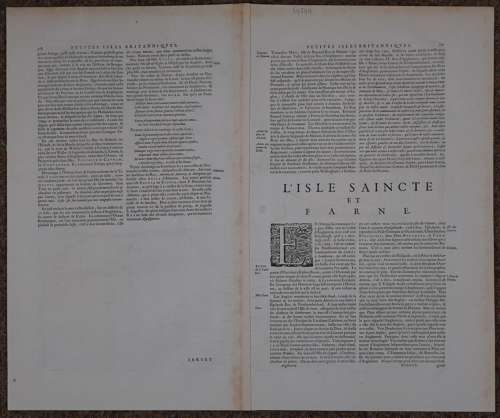 Copper engraving with original and later hand colouring. French text verso pp 318/317.  Overall sheet size: 60.7cms x 51 cms; 469mm x 393mm.   Map of Holy and Farne Islands off the coast of Northumberland. Farne Island is shown with the Tower and on Holy Island a fort and abbey are visible. The mainland has little detail except for a few cities and castles. There is a strapwork title cartouche and the royal coat of arms. There is  some browning in the German Ocean and odd marks to margins else very good condition.

Willem Janszoon Blaeu (1571-1638) was the founder of the Blaeu publishing firm and established the fine reputation of Blaeu maps. In 1634 he commenced publication of the Theatrum Orbis Terrarum or Novus Atlas and on his death he was succeeded by his son Johannes (1596-1673). Johannes continuously enlarged and updated the Theatrum up to 1658, including adding a separate  volume devoted to England and Wales. Later the Theatrum was expanded to form the  Atlas Maior, published from 1658 to 1672 in five languages, and generally regarded as the pinnacle of atlas publishing. The Atlas Maior finally incorporated over 650 maps usually found in superb original colour.