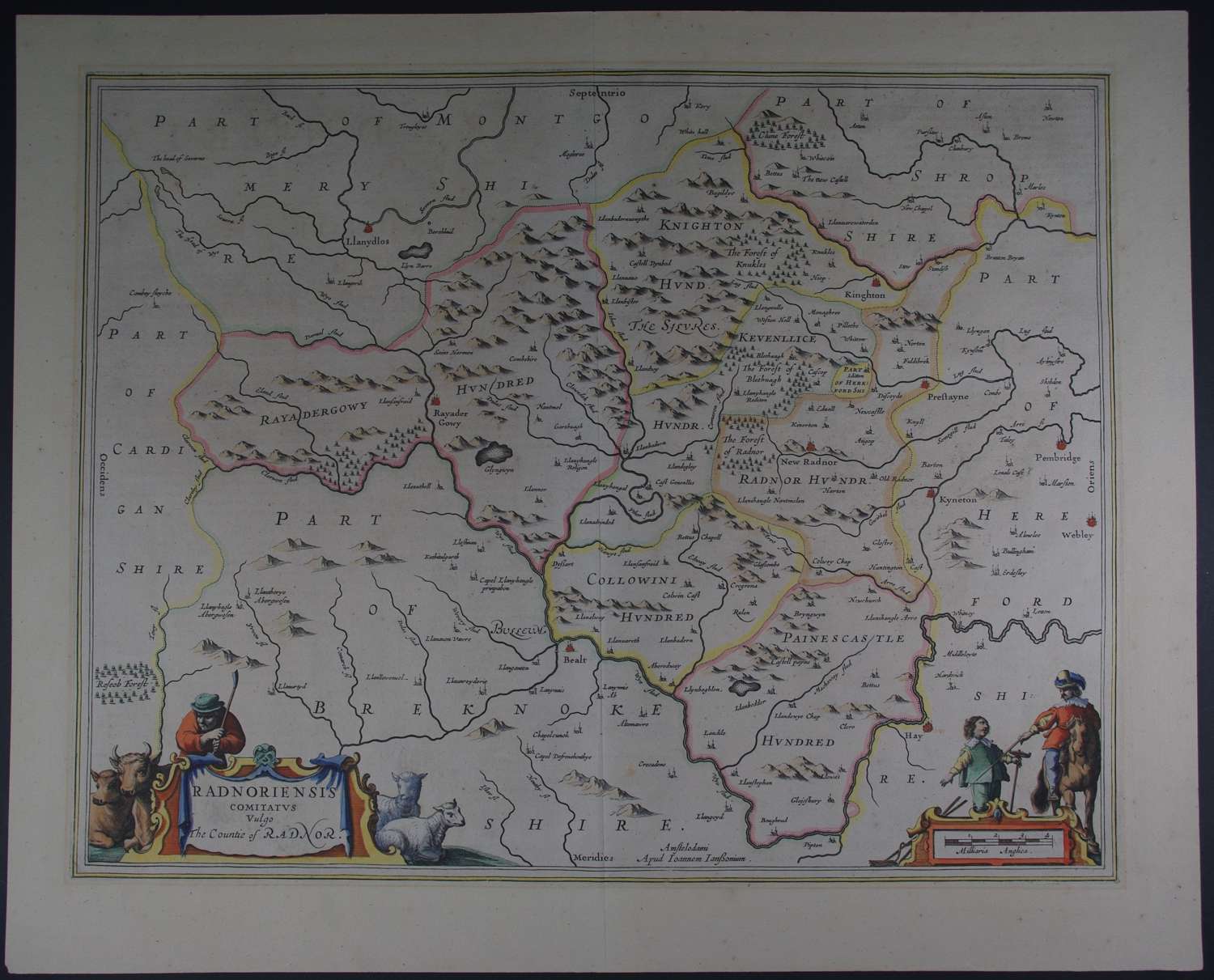 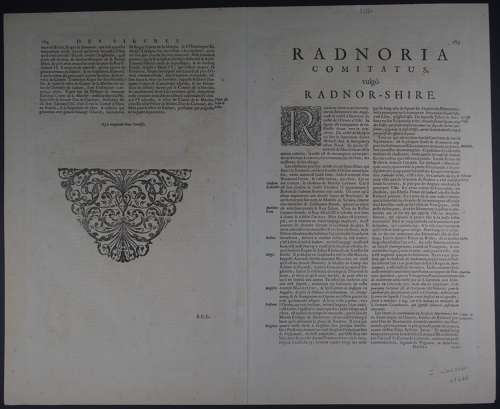 Radnoriensis comitatus Vulgo the Countie of Radnor by Jansson, Johanne

Copper engraving with original hand colouring. Decorative title cartouche with rustic figure and animals. Scale of distance at bottom right surmounted by mounted gentleman giving orders to possibly a surveyor?. French text on verso pp 284/283. Good margins. Overall size  : 55cms.x 44.7cms.  Image size : 482mm.x 376mm. Large margins with fox marks and faint line of an old mount , one faint spot in blank near scale of miles and a little inkiness near Kyneton in the Hereford area; one pale mark to the right of the mountain range near Crecadene middle bottom  else an elegant map, strong impression in  very good condition