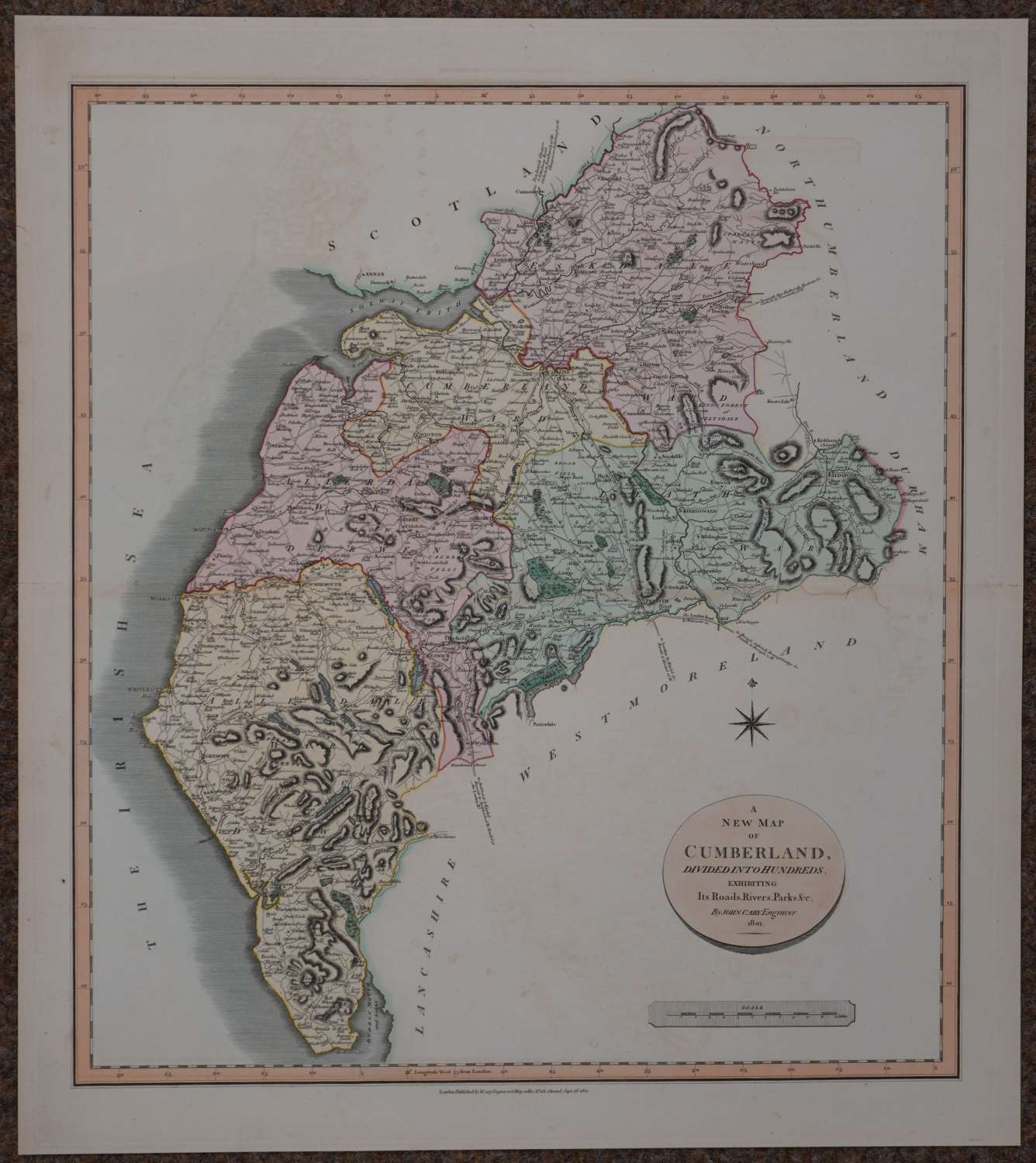 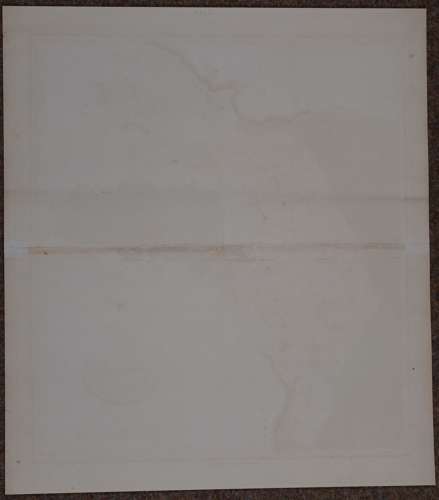 A New Map of Cumberland by John Cary

Long title: A New Map of Cumberland divided into Hundreds exhibiting Its Roads, Rivers, Parks etc by John Cary Engraver.  Copper engraving, original full wash  hand colouring..  Overall size :     . Image size : . Good margins.  The border is formed by a thick line between two fine ones with a double inner line marked off into degrees and minutes of latitude and longitude; bottom right, a star surmounted by a fleur-de-lis is the compass indicator; the scale is  in scale  a hatched lozenge  bottom right.  The title is in an oval plaque, shaded round the bottom edge,  bottom right. Centrefold as published. Very good condition apart from two small strengthenings either end of centrefold on verso and little speckling in blank areas - see photograph- but very faint and unobtrusive.