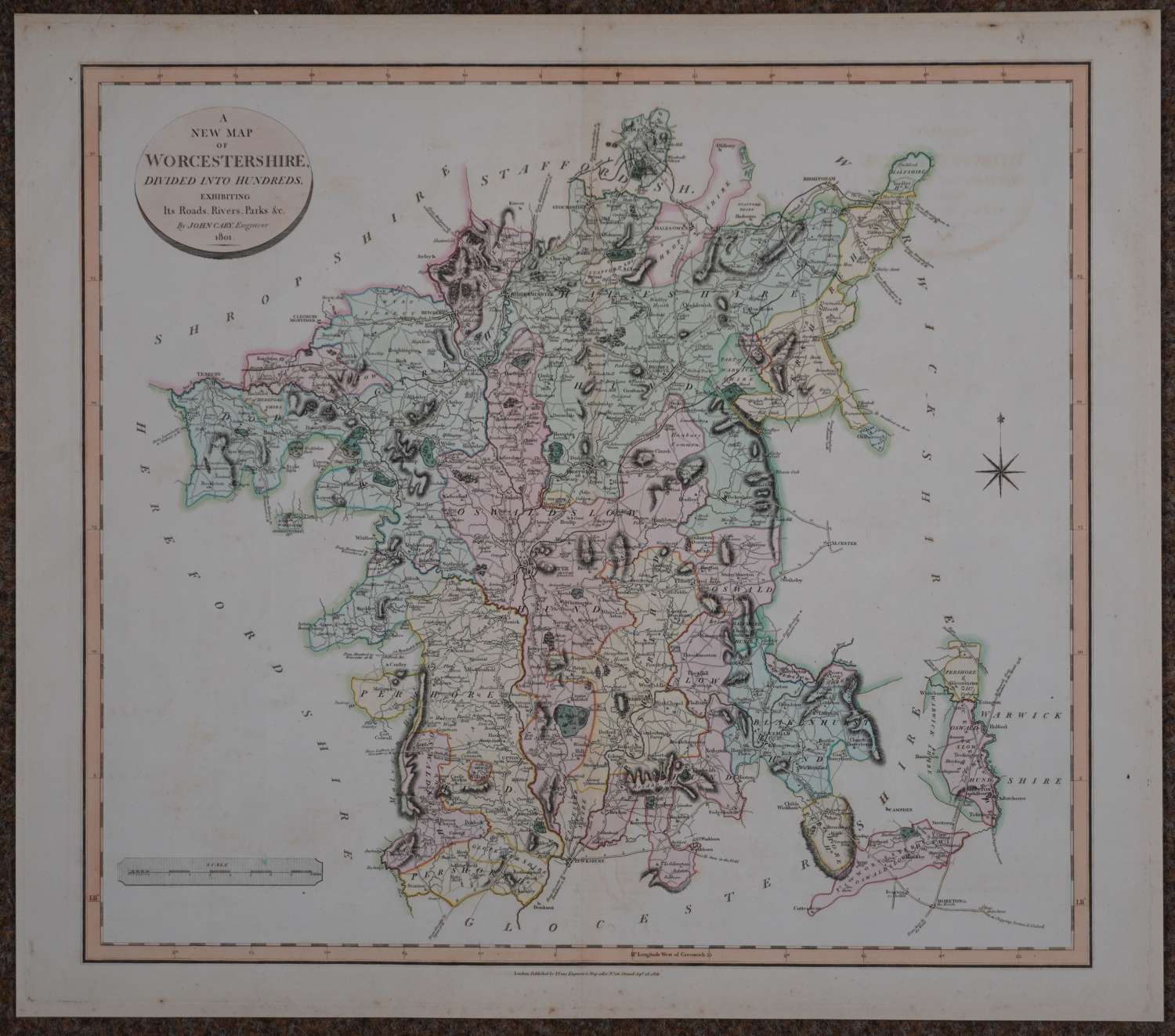 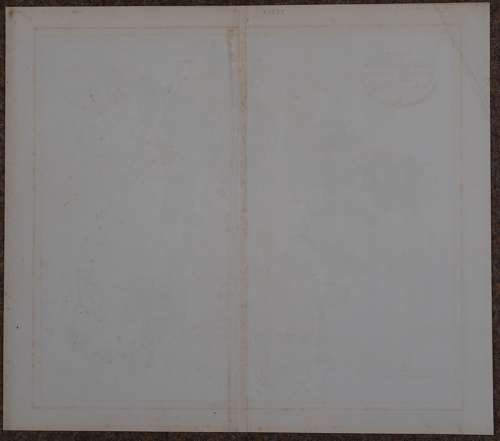 A New Map of Worcestershire by John Cary

Copper engraving, original full wash  hand colouring..  Overall size :  61.2cms x 53.4cms   . Image size :537mm x 478mm . Good margins. The border is formed by a thick line between two fine ones with a double inner line marked off into degrees and minutes of latitude and longitude; mid right, a star surmounted by a fleur-de-lis is the compass indicator; the scale is  in scale  a hatched lozenge  bottom left.  The title is in an oval plaque, shaded round the bottom edge,  top left. Centrefold as published. Very good condition apart from very faint offsetting of the cartouche top right.  The crease visible on the back is just a hairline on the front.