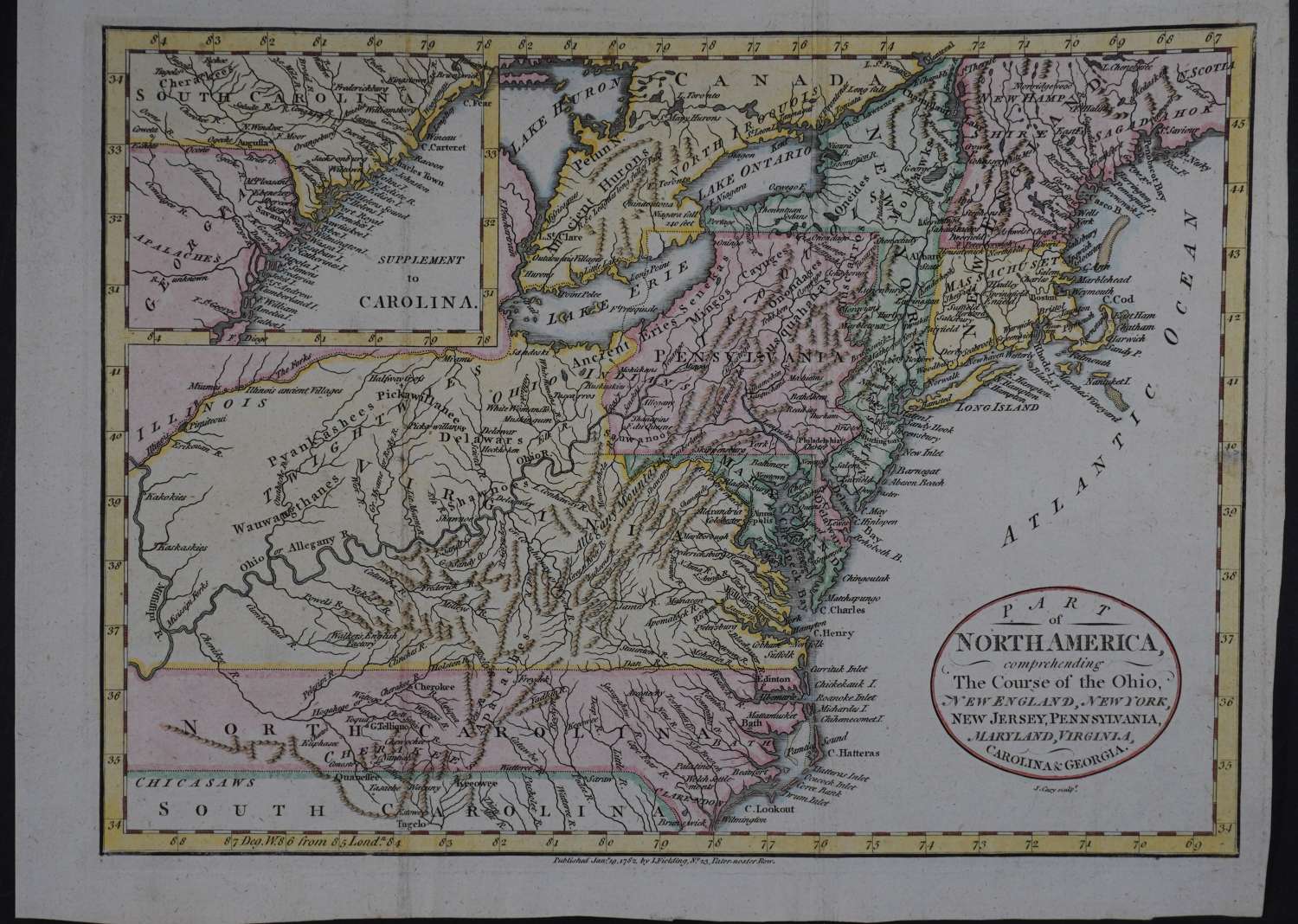 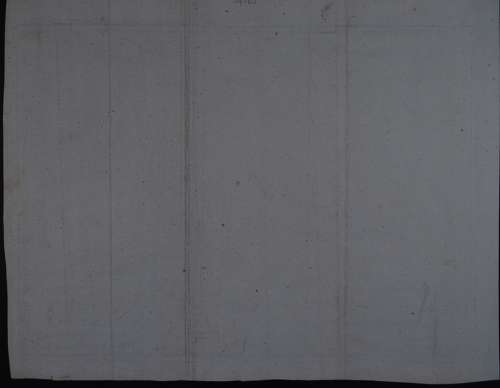 This is a  Revolutionary War era map of the British Colonies in North America. It was based on the larger map by Didier Robert de Vaugondy (McCorkle 755.37).   This map was produced between the time of Cornwallis's surrender at Yorktown in 1781 and the signing of the preliminary peace articles in Paris at the end of November, 1782. The Treaty of Paris and Treaties of Versailles were signed on September 3, 1783, with the last troops departing New York in November.

The map is filled with detail of early settlements, Indian villages, and topography. The colonies extend to the Illinois and Mississippi Rivers, with North Carolina shown in an unusual, thin configuration. The top left of the map is filed with the inset "Supplement to Carolina", which extends the map through South Carolina and part of Georgia on the same scale.  Carries the imprint "Published Jany. 19, 1782, by J. Fielding, No. 23, Pater-noster Row" below the neatline and "J. Cary sculpt." below the cartouche.
This map came from the 'Complete Geographical Dictionary' by John Seally , an uncommon publication. One tiny double pinprick size area of thinning visible only if held up to the light to the right of Sauwanoos in the mountain range in Pensylvania