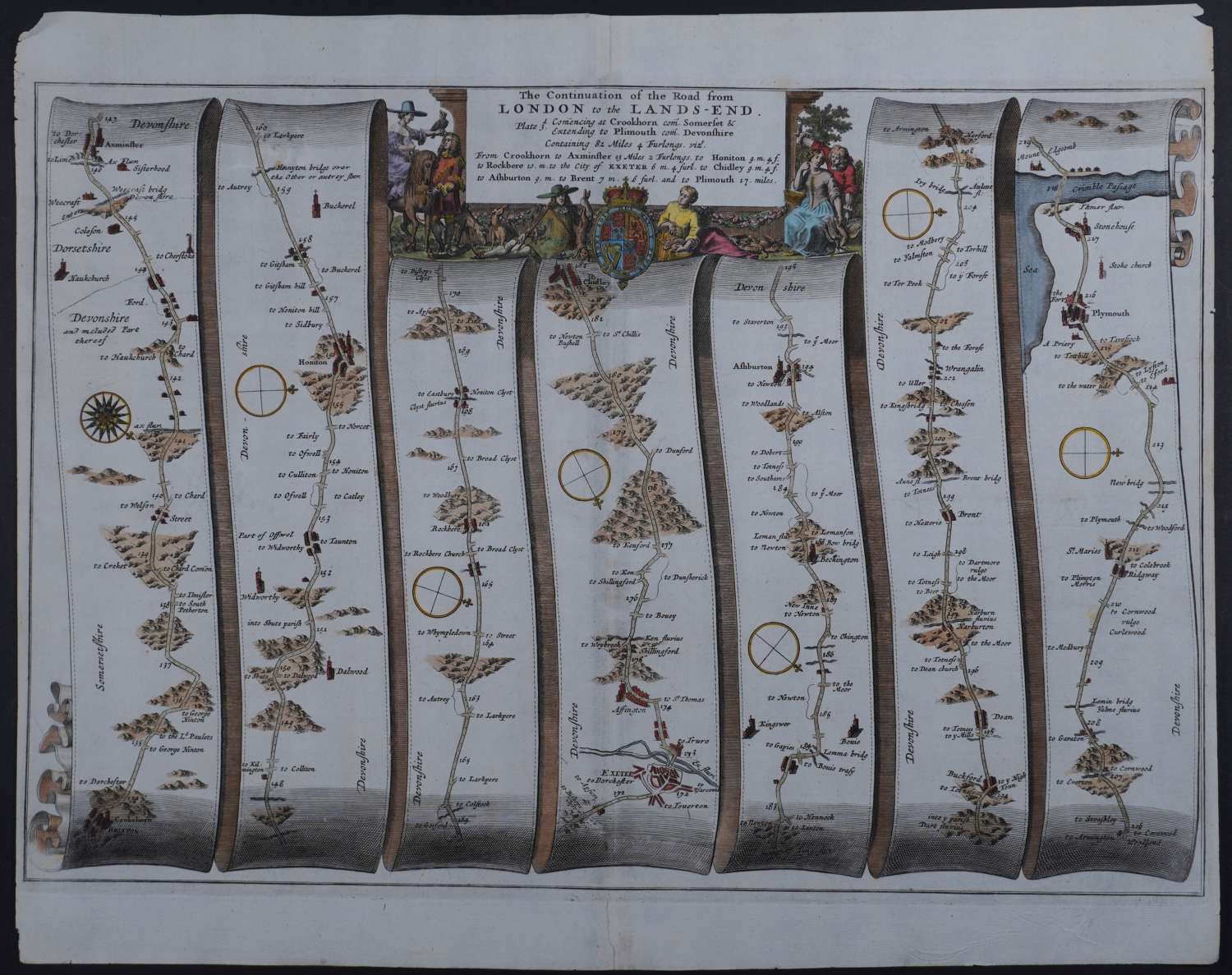 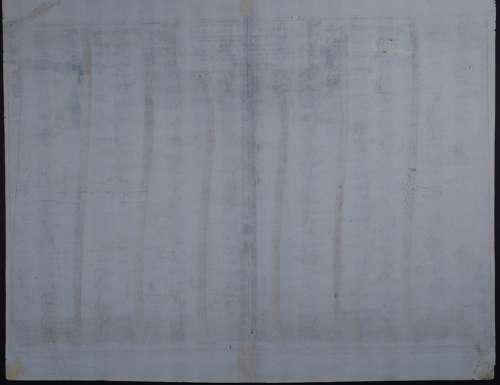 No 27. Long title:The Continuation of the road from London to Lands-End. Plate 3.
Commencing at Crookhorn, Somerset & extending to Plimouth, Devonshire. Containing 82 miles 4 furlongs. vizt.
From Crookhorn to Axminster 13 miles 2 furlongs. to Honiton 9m.4f. to Rockbere 10m. to the city of EXETER 6m.4f. to Chidley 9m.4f. to Ashburton 9m. to Brent 7m.6f. and to Plimouth 17 miles.Approx overall size : 49.2cms x 39.2cms.  Copper engraving with good hand colouring. Highly attractive cartouche. The route is shown in seven strips, mile by mile, showing every town, village, wood and milestone along the way.    Each strip has a compass rose showing north. Old repair top and bottom centrefold and repair on verso to top left corner on verso.