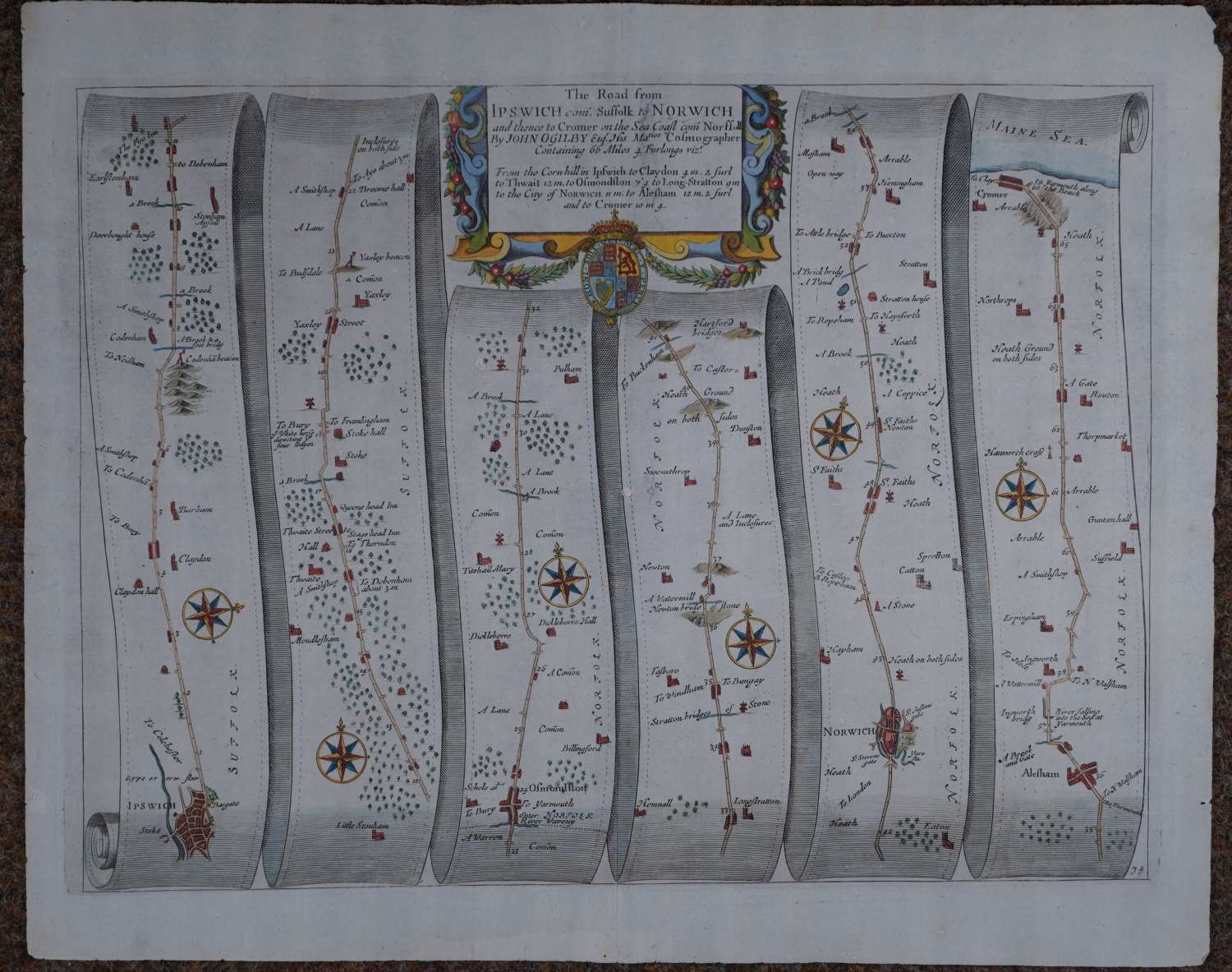 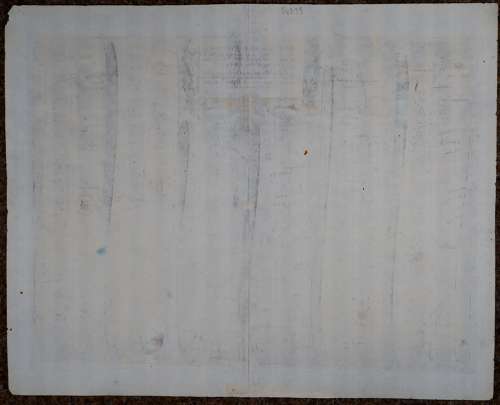 Ipswich to Norwich by John Ogilby

No 74. Long title: Ipswich to Norwich.The road from Ipswich com.Suffolk to Norwich and thence to Cromer on the sea coast com.Norfolk containing 66 miles 4 furlongs.
From the Cornhill in Ipswich to Claydon 4m.2fur. to Thwaite 12m. to Osmonston 7.4. to Long Stratton 9m. to the city of Norwich 11m. to Alesham 12m.2f. and to Cromer 10m.4f.Copper engraving with later hand colouring.Highly decorative cartouche with swags of fruit and royal coat of arms centref below. . Overall size : 48.8cms.x 39.3cms. Image size : 437mm x 325mm.The route is shown in six strips, mile by mile, showing every town, village, wood and milestone along the way.    Each strip has a compass rose showing north . Very good condition apart from some archival marginal repair to cracks at bottom margin edge and one wormhole repair at left hand edge of sheet on verso and loss of extreme top right margin tip.