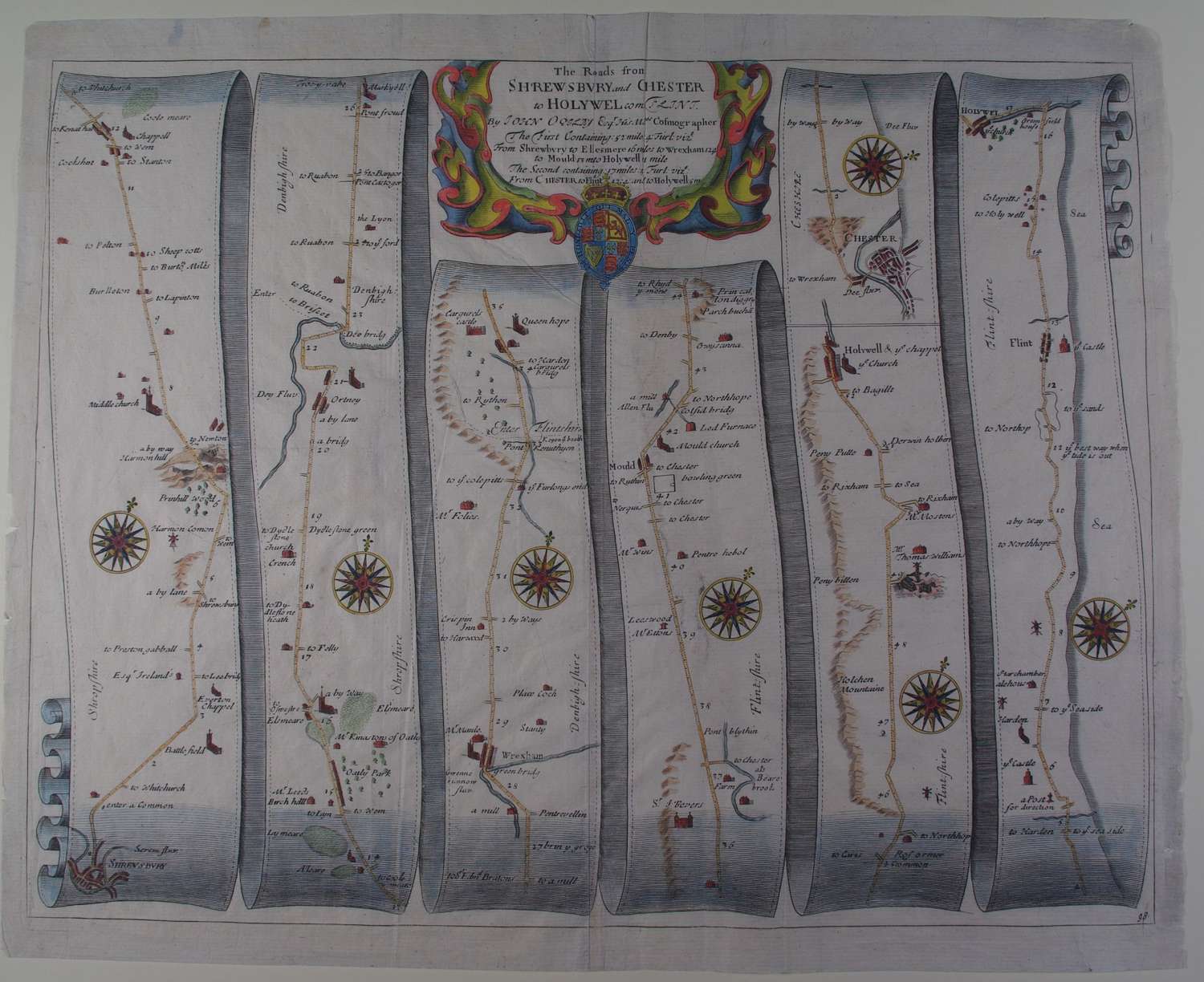 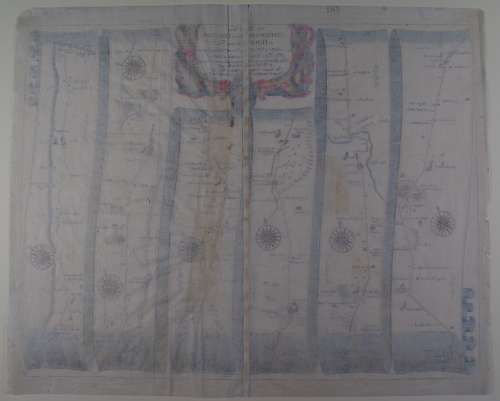 Shrewsbury and Chester to Holywel by John Ogilby

No. 98. Long title:Shrewsbury and Chester to Holywel.The roads from Shrewsbury and Chester to Holywel com: Flint.
The first containing 52 miles 4 furlongs : From Shrewsbury to Ellesmere 16 miles, to Wrexham 12.4 to Mould 13 to Holywell 11 miles.The second containing 17 miles 4 furlongs : From Chester to Flint 12.4 and to Holywell 5m. Approx. overall sheet size : 46cms.x 38.8cms. Copper engraving with later hand colouring.   Two virtually invisible strengthenings on verso (21cms and 6cms) repairing wea kareas  barely visible from front; ragged margin edges particularly bottom edge but attractive map very well coloured.
John Ogilby is regarded by many as the most important name in British Cartography after Christopher Saxton.  He was born in Edinburgh in 1600 and led a varied life embracing many different careers. He started life as a dancing teacher and followed this with a spell as tutor to the children of the Earl of Stafford.
Next he went to Dublin where he ran a theatre successfully until the Civil War in 1641.  He nearly lost his life in the Irish troubles and returned to London destitute. After a time in Cambridge as a literary translator he found favour at Court and was responsible for organising the coronation revels.  After another sojourn in Dublin he set up business as a printer and publisher in London but this venture was destroyed in the Great Fire of London in 1666.  After the fire he was appointed one of four "sworn viewers" who were ordered to survey those parts of the city that had been destroyed, in order to establish rights of ownership. The King appointed him Royal Cosmographer and Geographic Printer.
Encouraged by the King's interest in the project Ogilby began work on Britannia, the first national road atlas.  The first edition of 100 strip maps appeared in 1675 funded in part by a lottery organised by Ogilby. Unfortunately Ogilby died in the year of publication and so the rest of the project was never completed. He established the Statute Mile of 1,760 yards as a national unit of measurement, prior to his work there were three different mile lengths in use. Each of the maps covers a distance of about 60 to 70 miles and the longer routes are divided into 4 or 5 sheets.