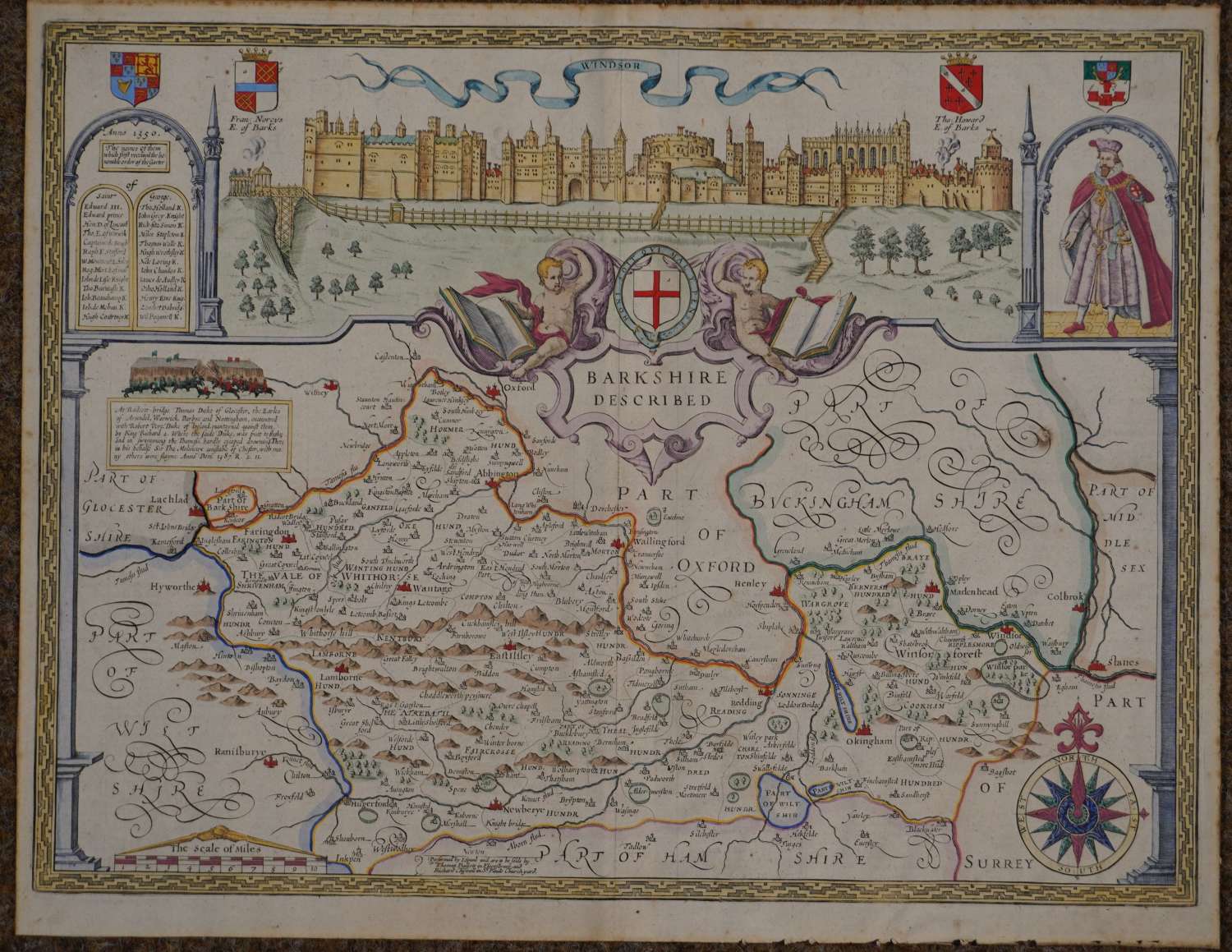 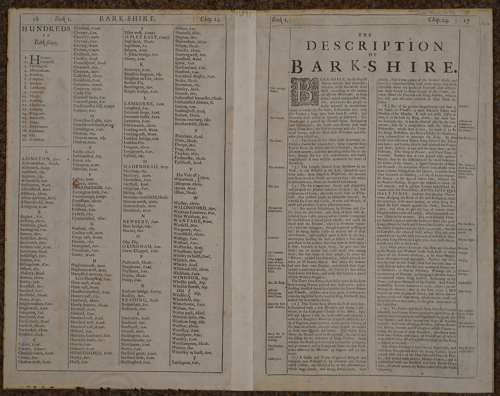 Copper engraving, later hand colouring.Overall size : 52.5cms.x 40.8cms. Image size : 508 x 385mms. Considered the most decorative map of the county with its inset elevation of Windsor Castle  ,as seen from across the Thames, dominating the top; top left is a list of those who first received the honourable order of the garter. Top left is a description of the battle of Radcot Bridge that took place at in 1387, a compass rose and a title cartouche displaying the English Cross of St. George and surrounded by two putti ; four coats of arms adorn the top of the map under the decorative border.  The English text on the verso describes the history of the castle in detail and declares : The Ayre is temperate, sweet, and delightfull and prospect for pleasure inferiour to none; the Soyle is plenteous of Corne, especially in the Vale of White-horse, that yeeldeth yeerly an admirable encrease.  In a word, for Corne and Cattle, Waters and Woods, of profit and pleasure, it gives place unto none.   “Mr John Speed’s… Geography of the Kingdoms of England, Scotland, and Ireland… together with his Prospect… all in one entire Volume, hath been, for seven Years past, out of Print, the greatest part of an Impression, then newly Printed, being destroyed by the late dreadful Fire, 1666” so said an advertisement in the Term Catalogue by the new owners of the plates, Thomas Bassett and Richard Chiswell, in 1675.  A little browning and spotting else very good condition.