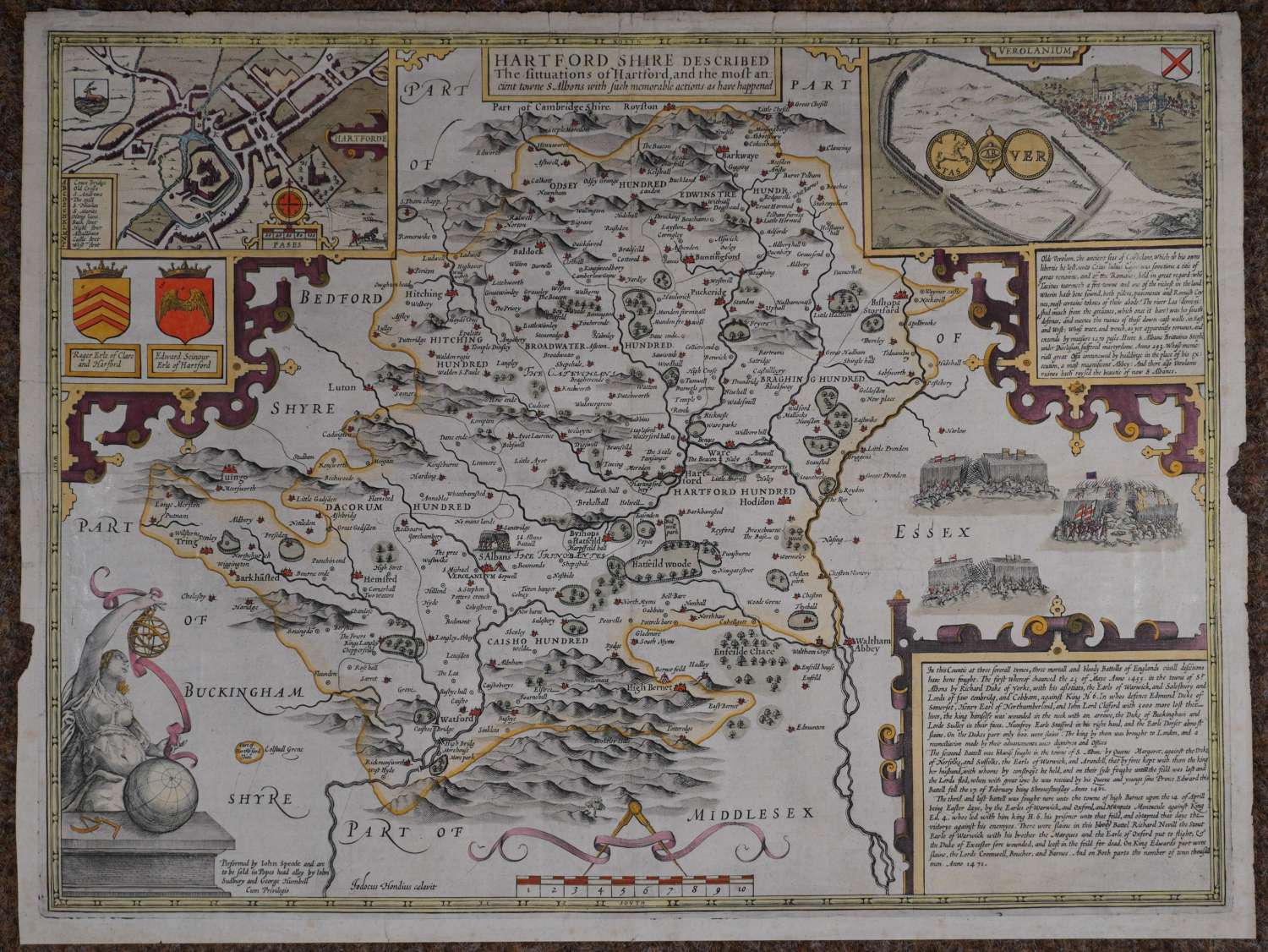 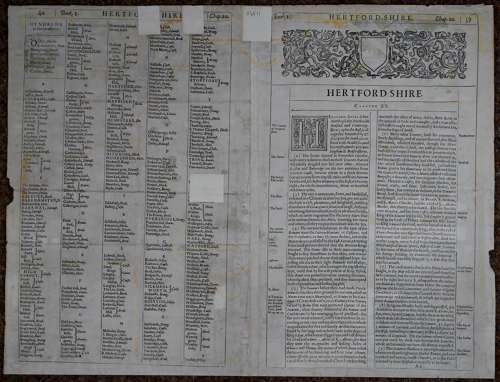 waf..Long title: Hartford Shire Described. The sittuations of Hartford and the most ancient towne S Albans with such memorable actions as have happened.  Copper engraving by Jodocus Hondius. Later but not recent hand colouring . Overall sheet size 52.4cms x 40.8cms. Image size : 508mm x 386mm.  There is a bird's eye view of the ancient Roman town of Verolanium, now St Albans top right with a commentary on the Roman occupation. Below are illustrations of three battles fought in St Albans, two during the Wars of the Roses in 1455 and 1461. Underneath is a description on these battles.description implies. This map has had a hard life, it was once folded into four , top edges have edge tears running into the map, old repairs including one on the horizontal fold - please examine  images carefully - however, from the front, the map is a strong impression with sparse hand colouring and is a very attractive map of a desirable county .