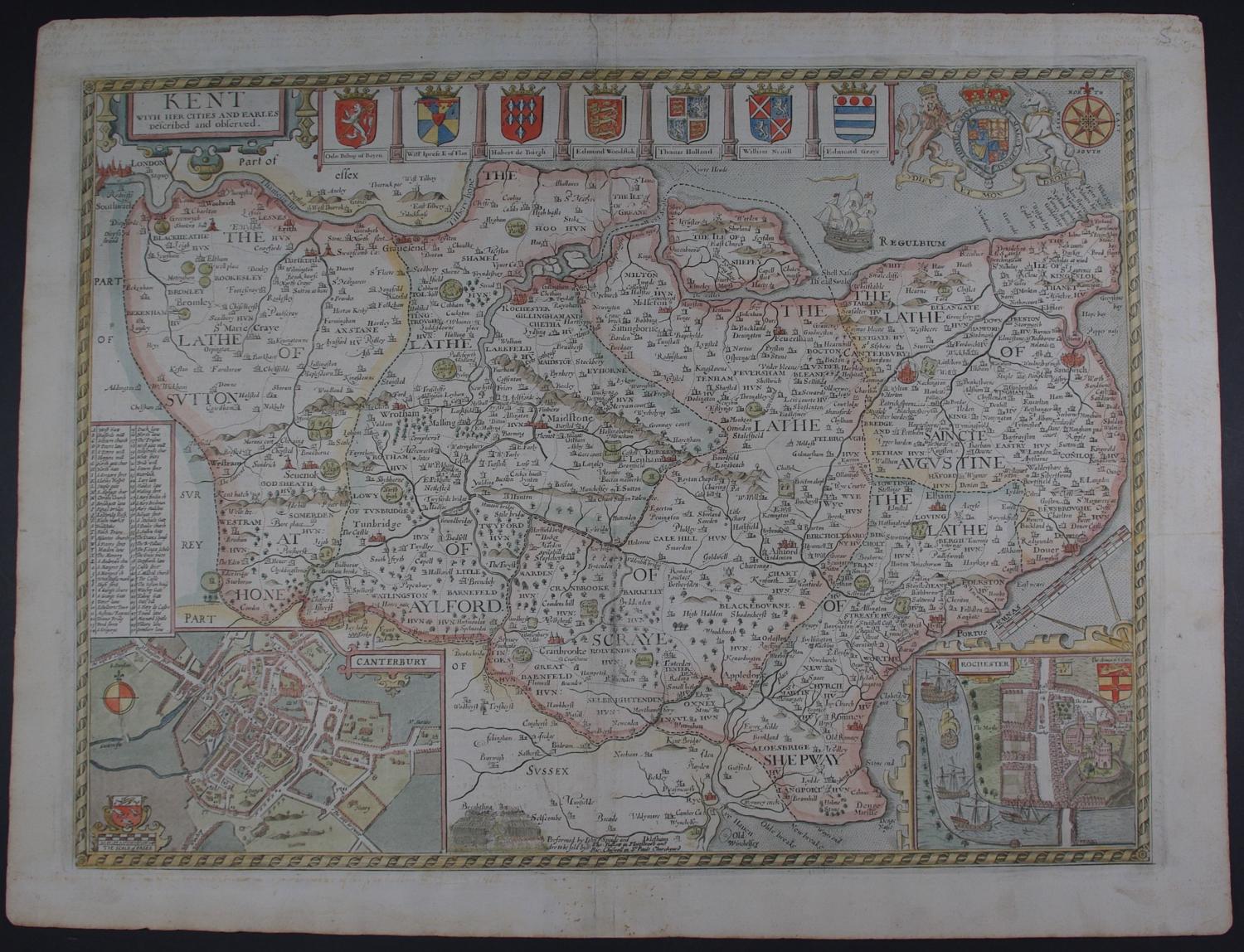 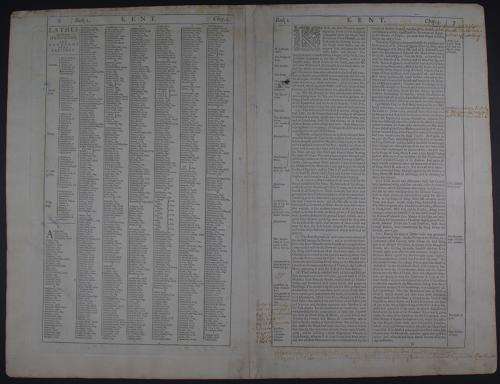 Thomas Bassett and Richard Chiswell edition ; copper engraving with  later but not modern hand colouring.  Overall size : 57.1cm. x 43.8cm. Image size : 503mm. x 378mm. English text to verso. Centre fold as issued. Speed used the 1596 map of Kent by Philip Symondson as his source for this map rather than the Saxton map of the south east counties.  He added the town plans of Rochester and Canterbury and seven armorials and a large royal coat of arms top right. A contemporary hand has written in brown ink in the top margin and bottom right margin on verso and also some faint marginalia top margin on front, very faded now and not offensive; odd marks to margin see image; dark mark to centrefold.  Virtually invisible repair to crack at bottom of centrefold and one dark mark on verso on right hand page and intermittent cracking at top of top margin visible when held up to light else very desirable map in good condition.

Thomas Basset (1637 - 1699) and Richard Chiswell (January 4, 1640 - May 3, 1711), publishing as Basset and Chiswell, were English booksellers and map publishers active in the latter half of the 17th century. Though both Basset and Chiswell worked independently, their most significant cartographic accomplishment was their joint purchase of John Speed's map plates, from an enigmatic figure known only as Willoughby, in 1675. Basset and Chiswell, working in concert, added and expanded Speed's Theatre of the Empire of Great Britaine, publishing a new and influential edition of the atlas in 1676. Following the publication of the Theatre the partnership dissolved, the Basset and Chiswell imprint appearing on no subsequent maps, and both went on to separate careers. Basset published several other works and ran a bookstore on Fleet Street, London, until declaring bankruptcy in 1696. He died just a few years later in 1699. Chiswell was somewhat more successful, publishing numerous maps and books well into the 1700s. He was praised and admired by his contemporaries; one of whom, John Dunton, writing in 1705 comments that Chiswell "Well deserves the title of Metropolitan Bookseller of England, if not the whole world. His name at the bottom of a title-page does sufficiently recommend the book. He has not been known to print either a bad book, or on a bad paper". Chiswell died on May 3 of 1711 and is commemorated by a monument, erected by his son and still visible in St. Botolph-without-Aldgate Church