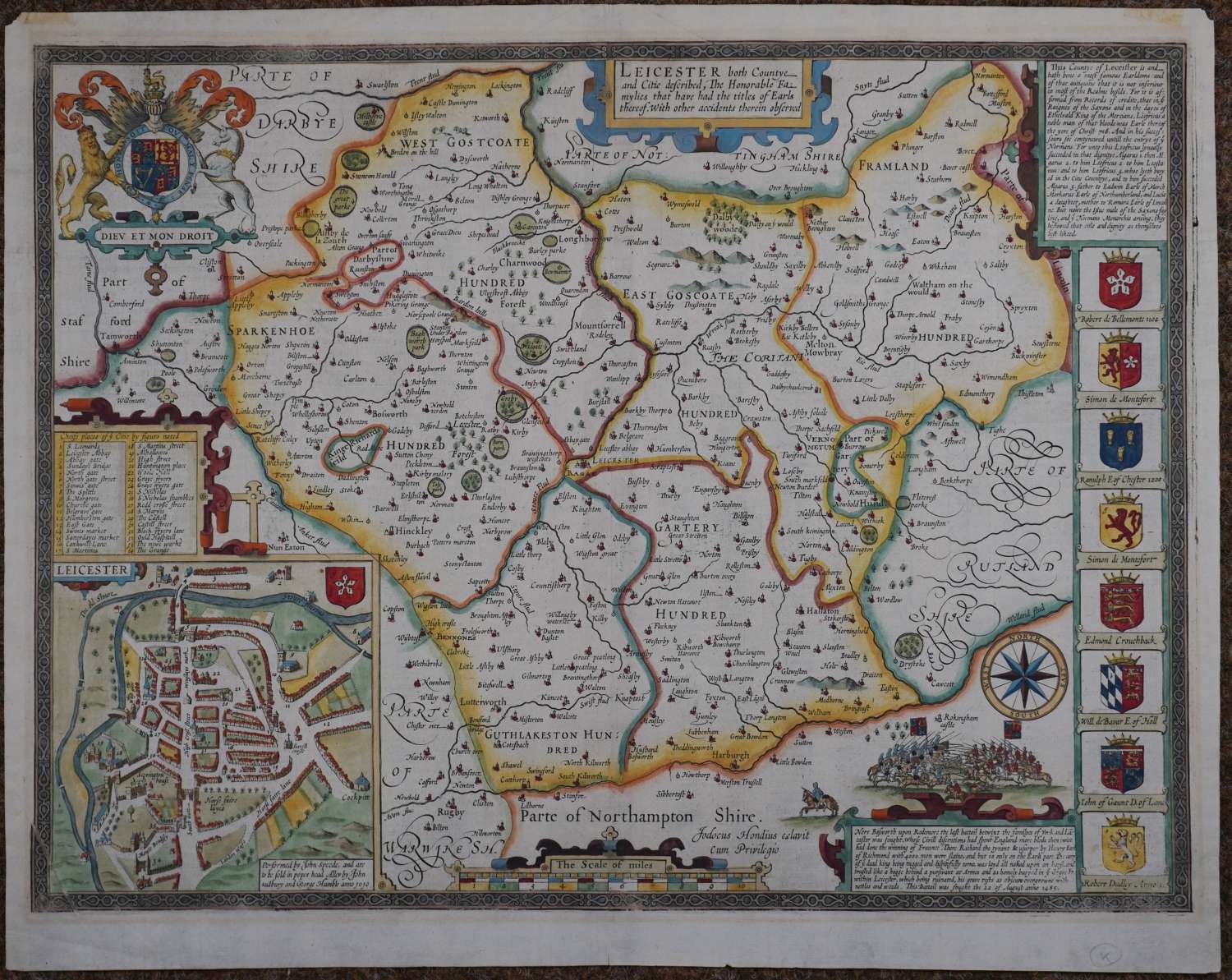 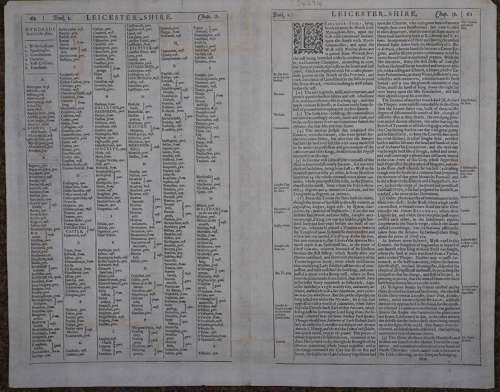 Copper engraving with later but not modern hand colouring. Printed by John Legatt.   Overall sheet size: 5307cms x 41.2cms.   Image size: 506mm x 378mm.   Town plan of Leicester with key to the 34 chiefe place of the Citie above; royal coat of arms and 8 coats of arms below a brief history of the Countie and adjacent to a depiction of the battle of Bosworth : the last battail betwixt the familyes of York and Lancaster was fought . Publisher’s crease bottom left corner, two tiny nicks bottom margin edge and extreme top right and left tips missing else very good condition indeed.